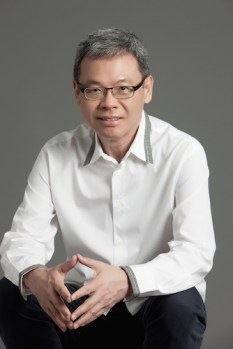 Few collectors could amass enough artwork in a decade to fill two museums, but that is exactly what Budi Tek, the Chinese Indonesian entrepreneur, managed to do. He began collecting in 2004 and has since acquired more than 1,500 works, many of which are large scale. It is a sad truth that you can’t keep a sculpture like Adel Abdessemed’s Like Mother, Like Son (2008), consisting of three airplanes woven together, in your backyard. Tek needed something bigger. In 2006, he opened the Yuz Museum in Jakarta. In 2014, he opened a second Yuz Museum, this time in Shanghai. At 90,000 square feet, the Yuz Museum Shanghai has plenty of room to house Tek’s holdings—even those giant installations that Tek says are so important to his collection. “[They] matter to me because they are three dimensional,” he has said. “Each dimension has a message. . . . There is something hidden, something unspoken, and something unclear.”

Sosie Bacon Is the Latest Hollywood Scion to Watch

Skipper’s Meadowlark to Create Content for Spanish-Speaking Fans in U.S.

Time to Make Money Moves: The Best Investment Tools for Beginners in 2022