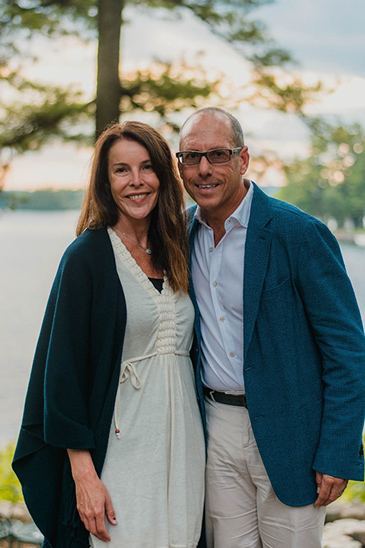 It’s perhaps a little surprising that Bill Gautreaux, formerly the president of a liquids and crude business unit in Kansas City, and a founder of leading energy firm Inergy, studied history and philosophy at the University of Science and Arts of Oklahoma, which he attended on a tennis scholarship. After graduation, Gautreaux bartended and taught tennis on the side, finally getting a part-time telemarketing job at the propane supplier company Ferrellgas, where he met his current Inergy partner. Gautreaux sits on the board of trustees at two museums in Kansas City: the Nelson-Atkins Museum of Art and the Kemper Museum of Contemporary Art. He and his wife, Christy, started collecting over 20 years ago; their first purchase was a painting by Belizean artist Walter Castillo, snapped up before the paint had even dried. The couple recently began construction on a new home with a built-in gallery and spaces big enough to house large-scale installations. The Gautreauxes organized an exhibition of selections from their collection titled “Piece by Piece” at the Kemper Museum in 2015, and have also lent works to the Nelson-Atkins Museum and the Venice Biennale.

Bob Neuwirth, Folk Singer-Songwriter Who Had Profound Impact on Bob Dylan, Dead at 82

These Are The Only 2 Ingredients You Need in a Skincare Routine, According to a Dermatologist