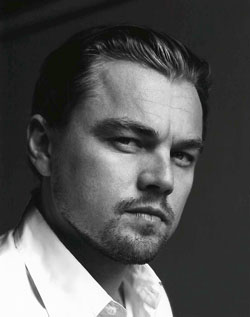 Named after Leonardo da Vinci, it’s perhaps not surprising that the actor has developed an interest i art. One of his first major purchases was a Basquiat drawing, and over the years DiCaprio has acquired works by Egon Schiele, Pablo Picasso, Andreas Gursky, Takashi Murakami, Ed Ruscha, Elizabeth Peyton, Sarah Lucas (he bought one of the works in her 2015 Venice Biennale show at the British Pavilion), and other major names. In 2013, DiCaprio organized a charity art auction at Christie’s that raised $38 million in one night and set new sales records for 13 artists, with all proceeds benefitting global conservation projects (another of DiCaprio’s passions).

This Bonkers Space Hotel Aims to Open in 2026, and It’ll Take Your Reservation Now

MPs Ask ‘Boohoo to Put Its Money Where Its Mouth Is,’ in Letter

Backup Battery: These Portable Generators Help Keep The Power On In Case Of Emergency