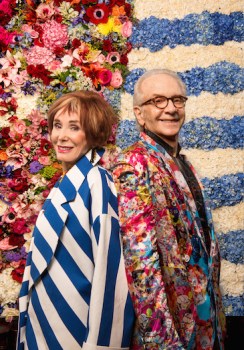 Norman and Norah Stone started collecting art more than 30 years ago. In their own words, “discovery and learning” were the guiding motivators behind their collecting, and their identification and support of emerging talent early on has netted them some of the best works by artists like Richard Prince, Cindy Sherman, and Sigmar Polke. The Stones have also turned their eyes toward the past, collecting works by Duchamp, Warhol, and others who have, as the Stones state it, “indelibly marked and influenced the history of 20th-century art.” They have a 17-acre property in Napa called Stonescape, where they show their collection. It includes a Cady Noland cabin, an “art cave” with exhibition galleries, and a James Turrell installation involving an infinity pool.

Young Thug Sued for $150,000 Over Canceled Concert Following His Arrest

Editor’s Choice: The 8 Best Healthy Dog Treats That Pups and Pet Parents Will Both Love