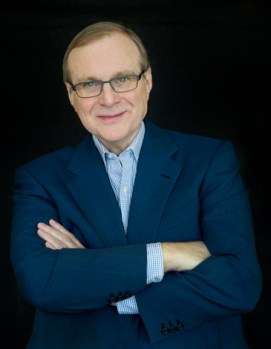 Microsoft cofounder Paul Allen, who sunk his money into everything from private spaceflight to sports teams, was known for being tight-lipped about his art holdings, and demanding that his employees stay similarly mum. “I haven’t seen a level of privacy so intense, and so maniacal,” an art adviser told Blake Gopnik for a comprehensive 2012 profile in Newsweek. Thankfully, though, Allen sometimes revealed some of what he owned, and often loaned to museums, like a choice Rothko (valued at $80 million back in 2012), and ultra-blue-chip works by Calder, Renoir, Monet, Ruscha, Hopper, Hockney, Gauguin, and Seurat. He was also a voracious pop-culture collector and started the EMP Museum in Seattle to showcase some of the music memorabilia that he owned. In late 2015, he opened the Pivot Art + Culture gallery on the ground floor of the Allen Institute for Brain Science in the South Lake Union neighborhood of Seattle. Landscape paintings from his collection appeared in an exhibition that showed at the Phillips Collection in Washington, D.C., and the Seattle Art Museum. He died in 2018 from complications related to non-Hogkin’s lymphoma.