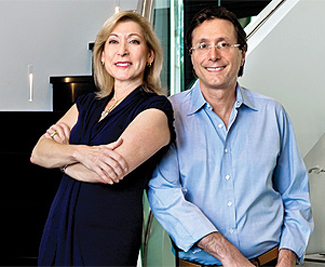 Equity fund manager Bruce Berkowitz caused a stir when he and his wife Tracey announced in 2014 that they decided to build a private art museum in Miami, Florida. “Proposed museum building splashy even for Miami,” one Miami Herald headline read. On top of housing James Turrell’s Aten Reign and Richard Serra’s Passage of Time, the building’s top floors would also be home to Fairholme Capital Group’s offices and the Fairholme Foundation headquarters. (Bruce is the founder and chief investment officer of the hedge fund.) Briefly stalled by Miami zoning laws in 2015, the project is still in the planning stages. The couple’s foundation also supports the National YoungArts Foundation, which awards grant money to teenage artists.

Prediction: President Trump will blame a spike in coronavirus cases on all the protests