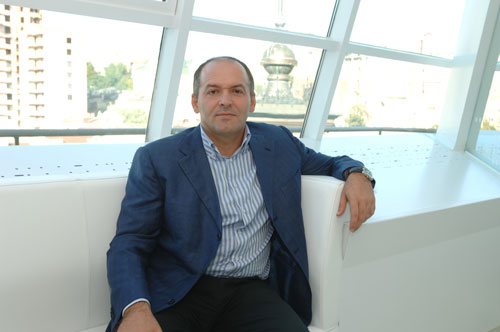 Victor Pinchuk is a Ukrainian industrialist who made his money with steel. He mostly collects contemporary art, and has a garden in Kiev full of sculptures, including pieces by Damien Hirst and Jeff Koons. In 2006 his foundation opened the PinchukArtCentre in that city as a venue for showcasing the work of both Ukrainian and international contemporary artists—“a temporary studio, a research and production laboratory for projects still to be developed—projects which uncompromising artistic extreme and intensity give validity to the works,” as the space puts it on its website. In April 2018, it was revealed that special counsel Robert S. Mueller III was investigating a $150,000 payment Pinchuk gave Donald Trump for an appearance via video conference in Kyiv.

The Gorgeous Harlem Mansion From ‘The Royal Tenenbaums’ Is Renting for $20,000 a Month

The One With the Free Streaming: Here’s How to Watch ‘Friends’ Online