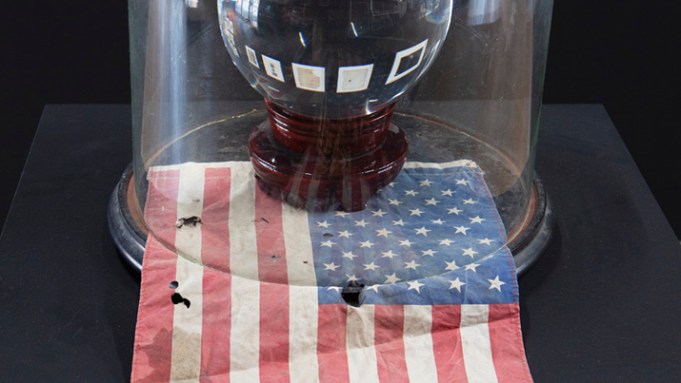 Even before Dash Snow’s death from a heroin overdose in 2009, at the age of twenty-seven, it was difficult to disentangle his work from the myth of his life. Born into a world of extraordinary privilege in New York—his grandmother was the art patron and oil industry heiress Christophe de Menil—Snow opted to live as a downtown vagrant, albeit one with multimillionaire relatives he could hit up for bail money. After dropping out of high school, he established himself as a graffiti writer of some renown, mostly for his unwavering commitment to utter recklessness, before friends like Dan Colen and Ryan McGinley convinced him that his antics looked a lot like art. When he began exhibiting at the trendy Lower East Side gallery Rivington Arms in 2005, his cum-stained newsprint collages, assemblages of weird junk, and Polaroids documenting him and his friends skateboarding, having sex, and shooting up were received less as artworks than as tangible extensions of a lawless and dissolute lifestyle. Whether the work was any good seemed almost beside the point. Snow’s slacker nihilism was perfectly pitched to the undirected social disillusionment of the post-9/11 years: the world is hell, so let’s forget it exists.

“The Drowned World: Selections from the Dash Snow Archive” at Participant Inc. wasn’t explicitly pegged to the impending tenth anniversary of Snow’s death, but the show—an assortment of photographs, Super 8 films, collages, zines, and sculptures dating from 2000 to 2009—nevertheless had a somber, funereal quality, and not only because the gallery walls had been painted black. The upshot of work whose potency is so closely tethered to the artist’s aura is that it will one day become a reliquary: after all, as the exhibition text noted, the works on view were literally “filled with DNA”—not unlike the revered fingernail of some medieval saint. The selection seemed to privilege the idea of physical proximity to Snow: the archive from which the show’s works were drawn consists of the contents of his studio at the time of his death. Encountering, at the exhibition’s entrance, a sculpture composed of a crystal ball, a mangled American flag, and a pile of cigarette butts resting atop a bible, I found myself wondering not what it all meant, but whether the cigarettes were, indeed, archival.

Perhaps that’s because Snow’s works never meant much in the first place, at least not without his rakish charisma to animate them. The collages and assemblages all follow a familiar, if defanged, version of the Dada formula, relying as they do on the specter of violence, clashing semantic codes, and an ostentatious disrespect for authority to convey subversive intent. Untitled (TV), 2009, comprises a stack of musty paperback dime novels placed on top of an old television set whose screen bears a wound that looks suspiciously like a bullet hole. Untitled (Santa), 2009, brings together a grimy, matted Santa Claus costume and print clippings displaying lurid tabloid headlines: I WAS SUCKING SANTA; SANTA PAWED; JINGLE BALLS. I Snorted My Dad (2007) is a school chair on which an edition of the Daily News with a sensationalist headline about Keith Richards snorting cocaine mixed with his father’s ashes is topped with erotic novels and punk cassettes. In the framed collages on the wall, Snow similarly arranged materials into surprisingly sedate compositions: Untitled (Sweet Thing), 2006, for instance, features a 1999 check for “bail return” from the State of New Hampshire overlaid with items—a guitar pick, a used adhesive bandage, a bar code sticker—assembled into the loose form of a grinning face.

Fuck the media, fuck family, fuck the man: Snow’s collages remain on the level of ironic, adolescent juxtaposition rather than producing, as Hannah Höch’s and Richard Huelsenbeck’s works did, a picture of what roiled beneath the surface of a society on the brink. For all Snow’s disavowals of his upper-class upbringing, his work betrays a trust-fund malcontent’s fascination with the dirty, the lowbrow, and the dejected. Who else could imagine it more glamorous to pass out on a piss-soaked sidewalk on the Bowery than in an uptown penthouse?