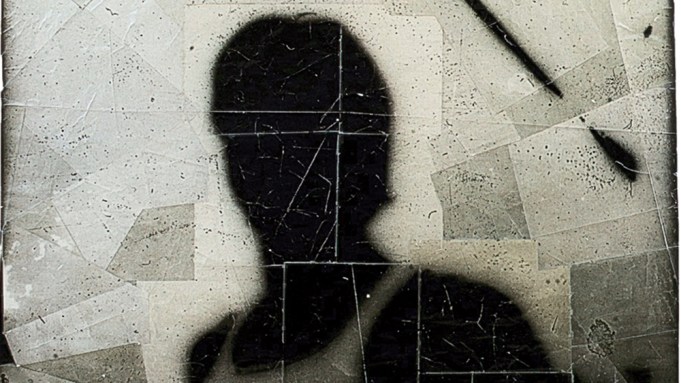 Nina Simone singing “Wild Is the Wind,” punctuated by the clicking of slide projectors, provided a moody, retro soundtrack for “Under a Dismal Boston Skyline,” an ambitious exhibition of experimental work made between the late 1970s and today by twenty-five Boston artists. At the start of this period, artistic communities coalesced around the Massachusetts College of Art & Design and the School of the Museum of Fine Arts (known as the Museum School), developing work that often addressed issues concerning identity, trauma, and transgression. Museum School alum Nan Goldin called her milieu the Boston School, suggesting the artists’ ironic stance toward the academic art on the walls of the MFA. The influence of the empathic, diaristic photography of Goldin, Mark Morrisroe, David Armstrong, and Shellburne Thurber was the focus of the exhibition’s curators, Lynne Cooney, Leah Triplett Harrington, and Evan Smith. Most of the work on view was made inexpensively without regard for a market and grew out of intimate dialogues among artists.

Simone’s plaintive song accompanied Suara Welitoff’s black-and-white looping video projection Be the Boy (2001), in which the artist’s friend, a young man in a pageboy wig, performs tentatively for the camera in a manner impossible to dissociate from a Warhol screen test. Nearby was Luther Price’s slide projection Light Fractures When Dreaming (2017–18), for which he buried, bleached, and otherwise manipulated found 35mm images, many of them showing people: strangers to Price who grew only more distanced through his alterations. This was an outlier—the works typically focused on the artists’ friends, asserting social groups as rich and complex subjects, as in Goldin’s photograph Ivy in the Boston Garden: back, Boston (1973), which shows a drag queen striding through the stately Boston Common. Two photographs Gail Thacker took in 1980 portray Museum School classmates in a vulnerable, grotesque manner: Pat Hearn, who went on to become a pioneering New York gallerist, appears to be coated in sweat, dirt, and confetti, while Steve Stain, a Boston punk performer, bears gashes on his face from a recent car accident.

Images by and of Morrisroe—whom the curators described as “the social anchor of the Boston School”—cropped up throughout the show. Photographs he produced using his usual technique of printing from sandwiched negatives depict gritty, 1970s-era Boston in a soft-focus, pictorialist style, while his double portrait Blow Both of Us, Gail Thacker and Me, Summer (1978/86) poetically sets youthful exuberance against a dreary urban backdrop. A monitor screened an interview that artist Bonnie Donohue conducted in the early 1980s with Morrisroe as part of her “Survivors” series. He recounts his experience of getting shot in the spine by an intruder to his home, embroidering the traumatic narrative with reference to his past as a teenage hustler. Doug and Mike Starn’s monumental, shadowy portrait Mark Morrisroe (1985–86) is a mosaic of gelatin silver prints that have been crumpled, smoothed, and crudely taped together. Morrisroe tested positive for HIV in 1986, and the salvaged-looking photographs and his darkened silhouette register a sense of the fragility of existence.

Fresh as the exhibited works felt, the show seemed, in part, like a requiem to an era in American life and art, and not only because many of the artists and subjects have died. Melanie Bernier’s room-size installation Thank You for Your Service (2014–16) responds to the toll of gentrification on the underground music scene in which many Boston School artists participated. Stitched banners memorializing shuttered clubs, like Uncle Crummy’s, are lovingly crafted from old jeans, leather pants, and other garments. But while gentrification has radically shifted the city’s social geography, the ethos of the Boston School long ago took hold, here and beyond, particularly in art schools, where Goldin’s influence is hard to overstate. A display of red-and-black uniforms and pom-poms belonging to the feminist Art School Cheerleaders, who were active in 1996 and 1997 at the Museum School, perhaps most directly conveyed the show’s main takeaway: the championing of anti-conformist values lies at the heart of Boston’s most compelling work.