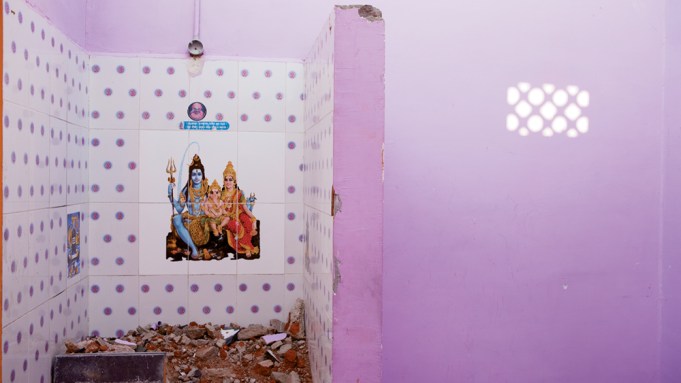 Photography has a long history in the Indian subcontinent. The first rudimentary cameras arrived as early as 1839, within a year of Daguerre’s announcement in Paris, and the technology spread widely across the region by 1860. But until the end of the Raj in 1947, picture-taking was practiced mainly by colonial officials and, to a lesser extent, members of collaborating elites.

The British brought a late-Empire prerogative to the business of image-making, largely generating anthropological shots of Indigenous tribes, archaeological surveys of precolonial ruins, stunning landscapes, portraits of the powerful, and genre scenes of the anonymous poor. Alas, little changed after independence. Unlike, say, Mexico or Brazil or Mali, India did not develop a lively postcolonial tradition.

There are various reasons for this. Heavy import duties made cameras a luxury item in the new quasi-socialist nation; only the wealthy could conceive of practicing photography as an “art” (there were, of course, numerous workaday studios). The medium, moreover, was not seriously taught at universities or shown at museums until the ’90s. Finally, the few elite Indians who made it as art photographers, even those in contact with Western avant-gardes, could not shake their neocolonial mentality. Indeed, they depicted India very much as the British did: a tourist’s diorama of exotic landscapes and strange, colorful people. (Raghubir Singh, who recently had a retrospective at the Met Breuer in New York, is a case in point.)

This is the historical backdrop against which FotoFest 2018, focused on India, made its striking appearance. Biennial director Steven Evans and lead curator Sunil Gupta rounded up forty-seven photo and new-media artists from the motherland and the diaspora, almost all of whom came of age in or after the ’90s, when the country’s economy was liberalized and global capital poured in. Whatever its flaws—and there are many—the new financial order has allowed a generation of middle-class and lower-middle-class kids to pursue careers outside the straitjackets of engineering, banking, and government service. A good number have taken to art photography, and the festival served as the most comprehensive survey of their works to date.

A few well-established artists were featured—figures who have been working for upwards of twenty years (including Gauri Gill, who currently has a solo show at MoMA PS1 in New York, and Rishi Singhal, head of India’s only photography MFA program). But the real surprise was the dozens of early-career participants, from a variety of backgrounds, who by and large make subtle, formally inventive, and politically mature work. It’s not too much to say that a radical aesthetic shift has occurred. After decades of visual smugness and stupor, of endless postcard shots promoted as art, the country has finally snapped into focus, though the picture is far from comforting.

In fact, the national portrait that has emerged is of a country in deep crisis. Pain and unease were everywhere on view in the festival—signs of dizzying inequality and state-sanctioned violence, of historical erasures and cultural contradictions, of the far-reaching influence of caste. The bulk of the work spread across FotoFest’s home base, which comprises two long, low-ceilinged ex-factory buildings and one former rice silo at Sawyer Yards, a complex of arts spaces in Houston’s Washington Avenue Arts District. The Texas Asia Society, a twenty-minute drive away, hosted another portion of the exhibition. Each space offered a loose thematic or methodological focus.

Silver Street Studios, one of the former factory buildings, with its 20,000-square-foot event area constituting the largest venue by far, showcased works for which artists engaged with people outside their own caste and class. Delhi-based Ishan Tankha’s loosely narrative black-and-white pictures, for example, portray the Indigenous people of mineral-rich Chhattisgarh, many of them soldiers in the Maoist insurgency that is being inhumanely suppressed—shades of Guatemala here—by the Indian government. The stark, moving images show people furtively making their way through dense forests that their besieging enemies, ominously offstage, would like to sell to mining corporations. One haunting shot, blurred by falling rain, shows a guerrilla, umbrella in one hand and gun in the other, running toward an undisclosed destination.

Vidisha Saini takes a more elliptical approach in “You Like Mr. Shekhar” (2013). This series of “architectural studies” depicts half-demolished houses once belonging to agrarian migrants who were evicted from their shantytown, located near a fourteenth-century fort in Hampi, Karnataka, when the Archaeological Survey of India declared the area in need of special conservation. Though all her pictures show ruin in one form or another—broken bricks, partly destroyed walls—Saini focuses, almost like an abstract painter, on the surprisingly cheery wall colors (lemon yellows, baby pinks, leaf greens), shooting her subjects close-up. It’s a bitter homage to the sensibility of evicted workers.

Most of the new-media works were installed at Winter Street Studios, the other Sawyer Yards factory building. Young Indian artists have put recent technology to good, most often to tackle the contingency and fluidity of contemporary identity. They address the uncertainty that has emerged as the internet and social media, arriving in the wake of liberalization, tear away at the narrower social roles offered by tradition. Sandip Kuriakose’s “It Has the Appearance of a Deliberate Transgression” (2017) presents montages of images he sourced from Indian profiles on gay dating networks (homosexuality is still technically illegal in India). On moody pink backgrounds, Kuriakose arranged indigo-tinted fragments of the images, which were mainly of celebrity faces, likely used by the account holders to project a cosmopolitan identity. Hidden amid these jumbles are skeins of thin crimson lines that gradually resolve into vulnerable-looking, less glamorous faces—presumably those of the real people behind the online personas. Older artists such as Guyanese photographer Roshini Kempadoo employ montage to create historical palimpsests. In her series “Ghosting” (2004), which explores the legacy of indentured labor, archival images of plantation workers are superimposed on color photos of lodges, fields, and buildings.

Several more polemical works about identity politics were on display at the rice silo and the Asia Society. In the crude and distasteful series “An Indian from India” (2001–07), Providence-based Annu Palakunnathu Matthew restages ethnographic images of Native Americans with herself dressed as the new “Indian.” Old and new photos were shown side by side, the wall text said, to reveal “the careless confusion and sometimes conflation of ethnicities” that white people are guilty of. Has intersectionality ever been put to worse use?

But I don’t want to end on a sour note. Evans and Gupta set out to identify an exciting historical development, and they succeeded tremendously. “When men cannot observe, they don’t have ideas,” V.S. Naipaul said of independent India’s artists and intellectuals in the 1970s. Now the observation seems to have begun at last.

180 Bottles of a Single-Barrel, 30-Year-Old Macallan Are Now up for Grabs

Heads Up: GE Smart Lighting Products Are 68% Off Today — Get Smart Plugs & LED Lights for Under $10