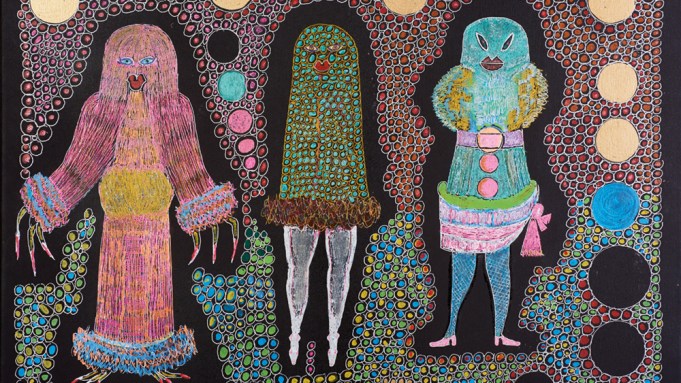 Transgender punk icon Jayne County, aka Wayne County, gained considerable notoriety in the 1970s and early ’80s for her raucous performances at New York nightclubs including Max’s Kansas City and CBGB. She wore bouffant blonde wigs to channel Dolly Parton and Dusty Springfield, though she eschewed those mainstream stars’ vocal techniques by belting out underground anthems like “Man Enough to Be a Woman” with tongue-in-cheek panache. County’s brash style was a cross between those of the Dave Clark Five and the Ramones, and her lyrics expressed unabashed rancor toward the “straight world,” American Puritanism, and all those who would make day-to-day living miserable for the LGBTQ community. A major influence on contemporary gender-fluid performers such as Justin Vivian Bond and Lady Bunny, County, now seventy-one and living in her home state of Georgia, is gaining recognition as a fearless trailblazer, with her vintage performance videos on YouTube attracting new audiences.

As her music career began to wane in the 1980s, County relocated to London and then to Berlin. While abroad, she deepened her long-standing interest in visual art, creating paintings, drawings, and collages, most of them small-scale. Participant Inc.’s “Paranoia Paradise” was the first survey of this work. Organized by Michael Fox, the exhibition, titled after one of County’s songs, featured over seventy pieces dating from 1982 to 2017, as well as photographs and memorabilia from County’s music career.

Having been fortunate enough to attend several Jayne County performances during her heyday, I can attest that her art bears a similar kind of strident energy, acerbic wit, and political edginess. The show at Participant included a section of politically oriented pieces: anger-filled collages, most comprising newsmagazine covers she altered with texts slamming right-wingers. In one untitled 2010 example, County altered a cover of Newsweek featuring a portrait of Rush Limbaugh, changing the magazine’s title to Naziweek and adding swastikas to the talk-show host’s cheeks. In another 2010 work, graffiti scrawled on a photo of Mitt Romney labels him an “anti-gay Mormon bigot.” Yet these explicit attacks on public figures were the exceptions, and County’s overall body of work is dominated by intensely colorful compositions packed with obsessively wrought patterns of abstract shapes—usually circular forms—populated by funky figures.

Some of County’s works initially appear to have been made by an outsider artist. That label, though, could hardly apply to County, who was entrenched in New York’s avant-garde art world of the 1960s and starred in Andy Warhol’s bawdy stage play Pork (1971). Though her stylized figures and eccentric compositions certainly share some kinship with paintings by outsiders like Lee Godie, Justin McCarthy, and Eugene Von Bruenchenhein, many of her pieces also fall into clear art historical lineages. A group of works on paper from the first decade of the 2000s, including The Passion of the Penis #1 (2005) and Penis Tree Frenzy (2007), depicts tree trunks with extended phallus shapes for branches—the anthropomorphic imagery recalling certain Surrealist landscapes, especially those of Max Ernst. A 2017 series of lyrical abstractions on canvas features compositions of narrow, wavelike bands of acrylic and glitter that evoke Color Field painting, though County has abandoned the heroic scale of modernist abstractions while adding pizzazz. One of the best pieces in the show, Mer Creatures (2017), depicts two stylized mermaids adorned with tiny circles and dots set against a background of similar patterns, calling to mind Yayoi Kusama’s formal vocabulary.

Many of County’s figures are hooded or veiled, a puzzling feature for an artist who might be regarded as the ultimate extrovert. In Peepin Dots (2017), a cast of individuals gathering in a hallucinatory dot-filled world are draped in colorful sheaths. The figures in Changilings and Active in Wise Ladies (both 2017) wear what look like black burkas, while emerging from an ethereal pool of blue, pink, and yellow. Although perhaps alluding to Muslim women, these figures are ultimately ambiguous, inhabitants of a gender-fluid realm: a place where Jayne County might feel at home.

The Polestar 2 BST Edition 270 in Photos