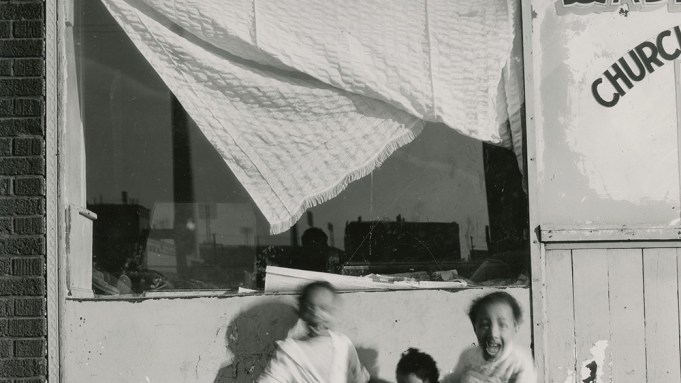 Joseph Sterling has been consigned to the bush league of midcentury Chicago photographers, whether justly or not. He died in 2010, at age seventy-four, having never received the sort of blue-chip retrospective that helped canonize Ray Metzker and Kenneth Josephson, his contemporaries and fellow students at the city’s legendary Institute of Design. Nor did he have the unusual biography that has made Vivian Maier, a longtime Chicago nanny who took street portraits in her spare time, so irresistible to curators and editors. Sterling’s main series, “The Adolescent Comedy,” a paean to American teenagers of the late 1950s and early ’60s, grew out of his master’s thesis but wasn’t exhibited until 2002. He spent most of his career doing corporate photography gigs, and sometimes taught.

From the Archives: Walker Evans's Brilliant Camera Records of Modern America, in 1938

But he also continued to make creative work. Stephen Daiter’s recent exhibition featured unseen prints from Sterling’s archive and demonstrated what a versatile photographer he was. The images—all of them black-and-white and most of them untitled and from the 1950s—showcased Sterling’s strengths as well as his shortcomings. He was formally adventurous in his experiments with motion blur, light, and double exposure, yet so promiscuous in style and subject that he seemed to recycle the visual techniques of his era rather than stake out his own themes. His ability to synthesize the innovations of America’s postwar photographic vanguard sensitively and dramatically may have been his greatest gift.

In his documentary work, Sterling adapted the social realist tradition of Walker Evans to the new urban underclass. In a photograph not on view but reproduced in the catalogue, three young black boys stroll down a blighted city street, a junked mattress leaning against a building and a shred of newspaper littering the foreground. A black laborer in overalls and an engineer’s cap approaches the boys, the image implying a head-on collision between innocence and experience. A kind of companion photo displayed in the exhibition shows three young black girls clutching each other and screaming at the camera gleefully or in mock fright. The white curtain in the window behind them is askew, and the glass reflects a chunk of Sterling’s silhouette—the photographer insinuating himself into the image in much the way that Lee Friedlander went on to do in the subsequent decades.

Generally, though, Sterling seems more imitative than prescient. There’s a hint of Helen Levitt in his unsentimental portrayals of children adrift in the city. His attentiveness to textures and architectural ruin recalls Aaron Siskind, one of his teachers at the Institute of Design. In Sterling’s abstracted, almost calligraphic prints from the 1980s and ’90s, four of which were in this show, there are traces of another teacher, Harry Callahan. And in his nighttime street portraits of often solitary figures, there’s a mood similar to that found in the work of Robert Frank. Even Sterling’s subtle sense of humor calls to mind, say, Leon Levinstein’s.

This show suggested that if Sterling wasn’t an innovator himself, he did master the visual grammar of his time to produce work of exceptional variety and skill. Some prints highlighted his technical artistry especially well. A pair of photograms—camera-less images made by placing objects directly on light-sensitive material and then exposing the combinations to light—attested to Sterling’s minimalist sense of composition. Examples from his “Motion Series,” from the late 1950s, revealed a fascination with the lyrical possibilities of light. These blurred images of cityscapes and cars were, ironically, the clearest expression of Sterling’s oblique, restless style.