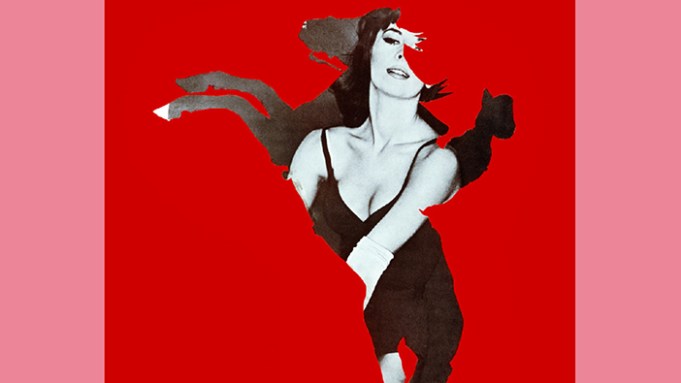 The works of writer Kate Zambreno tend to resist the confines of any one genre, often interweaving fiction, memoir, and criticism. Heroines (2012), for instance, combines an investigation into the inner lives of modernist muses like Zelda Fitzgerald, whose own artistic ambitions were subordinated to those of their husbands, with a reflection on her own role as a wife, while in Book of Mutter (2017), Zambreno uses the work of figures like Henry Darger, Roland Barthes, Chantel Akerman, and Louise Bourgeois to explore her grief in the years following her mother’s death. These poetic entryways into visual art, film, photography, and fashion have become part of Zambreno’s signature style, but in her latest book, Screen Tests (Harper Perennial, 2019), she allows her fascination with images to lead the way.

Screen Tests takes its title from Andy Warhol’s 1964–66 series of black-and-white film portraits of artists, writers, and downtown personalities. The sixty-two texts in Zambreno’s book, in which she ruminates on visual artists, iconic actresses, and writers, are intended to echo Warhol’s Screen Tests in their variety of length and focus, each ranging from a few sentences to a few pages long. In the book’s first section, “Stories,” Zambreno’s observations are delivered in brief bursts, zeroing in on details like the two white minks Edie Sedgwick took on a trip to Paris with Warhol, or the author photos of famous smokers such as Marguerite Duras, David Wojnarowicz, and Roberto Bolaño. The second section includes four longer essays, all previously published, that center on the work of individual artists: the drag performer Ethyl Eichenberger, photographer Anne Collier, writer Kathy Acker, and actress and filmmaker Barbara Loden.

“To write an introduction is to double oneself. Is to fold one’s thoughts into another,” Zambreno writes in “Introductions to B. Ingrid Olson,” originally written for Olson’s exhibition “Forehead and Brain” at the Albright-Knox Art Gallery in 2018. This idea of folding herself into another is at the heart of Zambreno’s personal form of art criticism, combining both the public experience of encountering the work and her own private desire for intimacy with the artist. Incorporating her spiraling journeys through Wikipedia and YouTube and scraps of notes from her diaries, Screen Tests is an exploration of our fascination with fame as a vehicle to understand how we conceive of ourselves. With its collage of fleeting observations, the book’s form is perfectly suited to capturing the experience of living in an age of distraction. “I am more interested in the fragment, the notes, what is ongoing or continuing,” Zambreno said in a recent interview on the Paris Review website. “To write about what is ephemeral, the daily, and to use it to attempt to think through the crisis of the self and what is beyond the self.”

Through these short investigations into figures from art and popular culture, Zambreno employs an expanded definition of the word “image,” one that not only encompasses the picture but also public and private personas. In the opening text, titled simply “Susan Sontag,” Zambreno speculates about Sontag might behave at parties. Zambreno surmises that attempting small talk with her would be excruciating, since she sees herself as someone Sontag wouldn’t like. She would overcompensate for her insecurities by trying to impress. Sontag, Zambreno figures, would see right through it. On the other hand, she writes, “I am sure I would like her, because she is Susan Sontag.”

Zambreno is similarly preoccupied by her own public persona, constantly aware of how her readers might perceive her, and how they might compare her to others. In many of the texts in Screen Tests, her anxieties over personal success, clothing, haircuts, aging, and her recent motherhood are woven into the tightly drawn portraits of fellow artists. Zambreno fixates on the fact that Google lists her age as forty-one years old and that of Amal Clooney, the human rights lawyer and wife of George Clooney, as forty, even though they were only born a few weeks apart. Her invitation to speak at the Fourth Annual Jean Seberg International Film Festival in the actress’s hometown of Marshalltown, Iowa, is tarnished by the knowledge that other writers were invited to speak at a more prestigious festival in Australia. Her work on an application for a grant she is sure she won’t get is interrupted by her recollection of the confidence of the theater director who won the year before.

Though some of the figures Zambreno measures herself against are celebrities mentioned by name, others are left anonymous: “The poet,” “This writer,” “a tenured faculty member.” It is reassuring to see an artist openly discussing her insecurities about competing with colleagues and peers: Zambreno captures, with gratifying honesty, the debilitating effects of chasing an unachievable picture of success within a hyper-commercialized and image-oriented culture. There are moments however where the brevity of the format removes the potential for meaningful analysis: because some of the comparisons are directed at artists and writers who appear to be experiencing similar levels of “success” as Zambreno herself, they occasionally feel merely like professional gripes.

These texts are most successful when Zambreno is able to draw out the psychological relationship between image, comparison, and creative work, as in her longer essays. In one of the book’s final texts, “New York City, Summer 2013: On Kathy Acker,” Zambreno spends an entire summer chasing the ghost of Acker by visiting her favorite New York haunts, trying to reconstruct a past version of the downtown art scene that she never experienced herself. The space afforded to this story allows for much more intrepid analysis. Acker is just as well-known for her image—the cropped, peroxide blonde hair and tattoos visible in the photographs that adorn her book covers—as she is for her books’ contents, but that, Zambreno writes, is central to her genius: “Acker refused to be invisible, yet she fragmented within her works.”

Addressing Acker directly in the text, Zambreno confesses her fears about being compared to other artists, about the possibility of success, and rejection by her peers. She considers Acker her perfect audience because she “antagonized the commercial mindset.” Acker’s textual collages, made by reworking other writers’ texts, was, Zambreno argues, the antithesis to the public consumption of an artist’s oeuvre: “A great artist is not meant to be consumed, but to devour.” As much as she admires and identifies with Acker, Zambreno admits, in the end, that she’s glad they never met: “I don’t feel weird or crazy you won’t blurb my book, or act diva-like with me, or didn’t want to read with me,” she writes. “I don’t have to feel bitter or wounded or ignored—I can just feel fully your work and influence. I can love you completely.” Mythologizing artists’ lives on the basis of their public image is a risky endeavor, since there is always so much more just beyond the frame.

More Than Air Fryers: Here Are the Best Home and Kitchen Deals To Shop This Cyber Monday