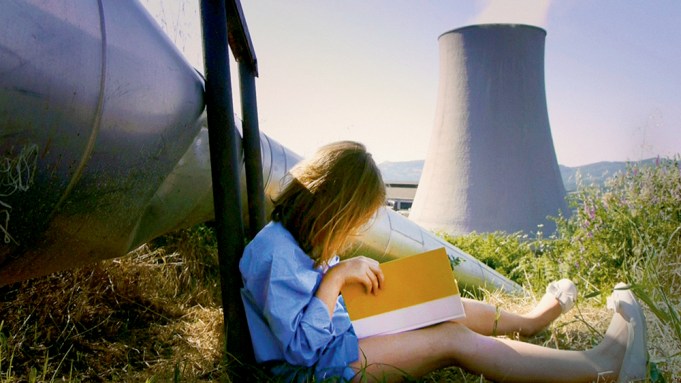 For the third edition of the Kochi-Muziris Biennale, Slovenian poet Aleš Šteger has created The Pyramid of Exiled Poets. Plastered on the outside with dried cow dung, the structure contains a dark labyrinth. As you make your way through it, doubting whether the ground will be there to meet your next step, you hear a cacophony of women chanting in different languages. Like the pyramids of Giza, Šteger’s monument is also a tomb, but instead of commemorating a political or divine authority, its walls enclose the words of poets who were exiled—Dante, Brecht, Brodsky, and others. The multilingual soundtrack makes it difficult to know what is being recited, but the desperation in the women’s voices makes it sound as if the chants are cries for help.

The biennale showcases works by ninety-seven artists from thirty-one countries. The curatorial theme, “Forming in the pupil of the eye,” is about using the sense of sight to experience and assimilate the multiplicities of the world. Several of the key works grapple with pressing political concerns of exile and refuge. Chilean poet Raúl Zurita’s installation The Sea of Pain (2016), for instance, is dedicated to Galip Kurdi, the brother of Alan Kurdi, the three-year-old boy who came to represent the tragedy of the Syrian refugee crisis after a photo of his body washed ashore on a Turkish beach was widely circulated. Galip, Alan, and their mother, Rehan, drowned in the Mediterranean Sea in September 2015 while trying to escape Syria. For The Sea of Pain, Zurita has filled a large hall in Aspinwall House, the biennale’s main location, with not-quite knee-deep seawater. The viewer has to walk through it to be able to read the poet’s questions written on the wall. He asks, DON’T YOU HEAR ME? IN THE SEA OF PAIN. DON’T YOU SEE ME? IN THE SEA OF PAIN. There were no photographs of Galip’s body in the newspapers, and for Zurita, Galip’s disappearance is an especially heavy, painful silence. As you cross the poetic sea, for brief moments the work imposes on you the helplessness that water, with its might and lack of concern, can make you feel. When you reach the other side, you are confronted with a final statement by Zurita, I’M NOT HIS FATHER, BUT GALIP KURDI IS MY SON. This simple declaration transforms Zurita, and us. We are no longer onlookers; we are being called to mourn.

Language plays an important role in this biennale. In addition to Zurita and Šteger, other writers were invited to make site-specific works. Among them is Argentine Sergio Chejfec, who has printed chapters of his novel Baroni: A Journey (2007) on walls around Kochi, converting the town into a story you can walk through. While the curatorial theme is broad enough to encompass all the works, it is the uniqueness of the venues—which range from warehouses to cafés—and the simplicity of the installation that turn the biennale from just another global art event to a distinctive organic experience.

One of the most exciting locations is the Anand Warehouse, an active spice warehouse situated on the bustling Bazaar Road. At the ground level of the warehouse, workers go about their business of storing and transporting spices. Pungent smells hit your nose as you climb to the upper level, where works are installed in little, dimly lit rooms with decrepit walls. These works include Bharat Sikka’s photographic installation Where the Flowers Still Grew (2015–16), which features images of mundane life in Kashmir: beautiful mountain landscapes, shots of lounging horses and posing men. In the photographs there is no hint of the violence that threatens life in the politically contested territory, but in glass vitrines placed in the rooms you come across objects, like a rusty gun, that act as reminders. However, the actual space, with its visible scars, changes Sikka’s static images into visions of life elsewhere that we the viewers have stumbled into.

The recurring feeling of stumbling into a story is partly due to the nature of the biennale’s spaces and partly due to the immersive quality of most of the exhibited works, which require the viewer to slow down and engage with them. Only a handful of pieces are spectacle-oriented. The Russian collective AES+F’s “Défilé” (2000–07), for instance, is a series of life-size photographs of dead bodies dressed in high-end fashion. Portraying decaying bodies in an almost otherworldly manner and raising questions concerning the ethics involved in making such work, these photographs challenge the viewer in a manner that most of the political works fail to do.

One exception is London-based artist Mikhail Karikis’s provocative video Children of Unquiet (2013–14). The work shows a group of colorfully dressed children taking over an abandoned geothermal power plant in Larderello, Italy. They run on the plant’s large pipes and play soccer on debris. As they prance around, the viewer realizes that, for reasons unknown to the children, they have inherited desolation. As if sensing what is at stake, they begin to read to each other from philosophers Antonio Negri and Michael Hardt’s book Commonwealth (2009). They read about a new economic system based on love—a productive, contradictory force. When considered in political terms, love is a revolutionary force that overthrows norms and institutions but also a stabilizing force that creates new norms and institutions. In short, as the children shout, “Love is an institution of revolution.” In the communist town of Kochi, the enigma is not lost.