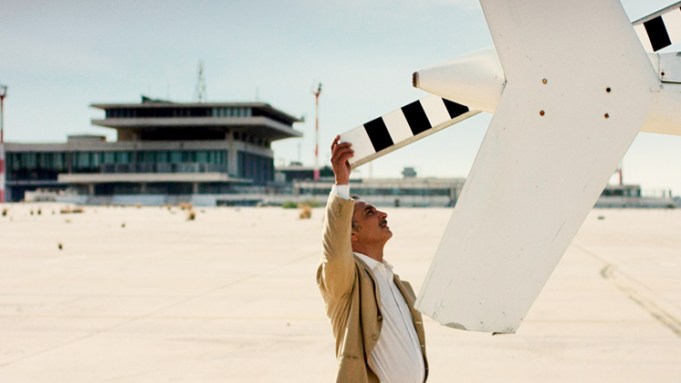 Naeem Mohaiemen, a filmmaker and writer of Bangladeshi extraction, was born in London in 1969, graduated from Oberlin College in Ohio, and is currently a PhD candidate in anthropology at Columbia University. For his deconstruction of radical leftist movements, particularly those that germinated in the 1970s, he delves into various archives, unearthing visual and textual fragments of subcontinental history. This research-based approach, recalling the work of British social documentarian Adam Curtis, has garnered Mohaiemen such recognitions as a Guggenheim Fellowship (2014), invitations to show at the Venice Biennale (2015) and Documenta 14 (2017), a solo exhibition at MoMA PS1 in New York (2017), and a nomination for the 2018 Turner Prize.

Representations of the Global South’s tumultuous past are the crux of “Prisoners of Correct History,” the artist’s first exhibition in Turkey. Through photographs, documents, and essay-films, the survey examines a diverse array of challengers to Western power: Algerian and Bangladeshi champions of Third Worldism, Egyptian Pan-Arabists, Japanese Red Army guerrillas, Pakistani Islamists, and others. Flickering images often portray these rebel leaders as prisoners of an unforgiving history.

The three-channel film Two Meetings and a Funeral (2017)—the work that earned Mohaiemen the Turner Prize nomination—concerns the Non-Aligned Movement, through which Bangladesh, Palestine, Vietnam, Yugoslavia, and more than a hundred other countries attempted to build a new anti-imperialist world order. Mohaiemen employs footage of the group’s 1973 summit in Algeria and follows the trajectories of leaders sympathetic to its ideals, including Salvador Allende, Yasser Arafat, Fidel Castro, Muammar Gaddafi, and Saddam Hussein. The film ironically notes that the Algerian venue, once echoing with demands for a decolonized economic agenda, is today used for trade fairs.

A Japanese guerrilla and a Bangladeshi army officer conduct a tense dialogue in United Red Army (2011), which concerns the 1977 hijacking of a Japan Airlines plane redirected from its Paris-Tokyo route to Dhaka. In a nod to Jean-Luc Godard, Mohaiemen uses intertitles to transcribe the crackling recording of negotiations: words ebb and flow like waves, drawing our attention to the role of language in confrontational politics. Mohaiemen’s own voice contextualizes the largely imageless narrative. The film captures some chilling complications: in the midst of the standoff, a mutiny by members of the Bangladeshi Air Force undermines the power of the negotiator, who advises the Japanese hijackers to “shoot to kill” approaching putschist soldiers, now a common enemy. The accompanying United Red Army: Timeline (1968–1977), 2012, a chronological wall installation, presents the unfolding of Islamist and Communist insurrections in Pakistan and Japan with the help of green and red color coding.

The exhibition’s most memorable work is Rankin Street 1953, Blueprints (2013), which comprises a seven-minute video slideshow and prints of photographs that Mohaiemen’s father took of family members and familiar local scenes in 1953, the latter images schematically sketched on in ink. The photographs precede the founding of Bangladesh by two decades, and in them the country’s future capital, Dhaka, appears full of uncertainty and potential. Mohaiemen treats the family house on Rankin Street as a metonym of the city’s subsequent transformation.

Mohaiemen’s father also inspired Tripoli Cancelled (2017), a feature-length film that reimagines the man’s real-life experience of having to spend nine days in Greece’s Ellinikon International Airport in 1977 due to problems with his travel documents; the film’s luckless protagonist is trapped there for a decade. Ellinikon, closed to the public since 2001, today serves as a Syrian refugee camp, making it a symbol of the era of mass migration.

The video installation Abu Ammar Is Coming (2016) takes a more clinical approach. Its opening images subtly interrogate the act of image-making, as gloved hands examine an iconic 1982 Magnum photograph that purportedly shows five Bangladeshi fighters who have joined the Palestinian Liberation Organization. Ruminating on the light and the faces, Mohaiemen attempts to dissect the myths surrounding that moment of alleged revolutionary solidarity.

Such dreams of a Third World international have long since shattered. Yet Mohaiemen’s portraits of idealists, victims, and villains of the subcontinent who sometimes inflicted more violence than they endured differ from those by other disabused chroniclers. Mohaiemen’s perspective is less cynical and more balanced than that of, say, the late V.S. Naipaul, though his work suggests that we live in the shadows of radical insurrections of the past.