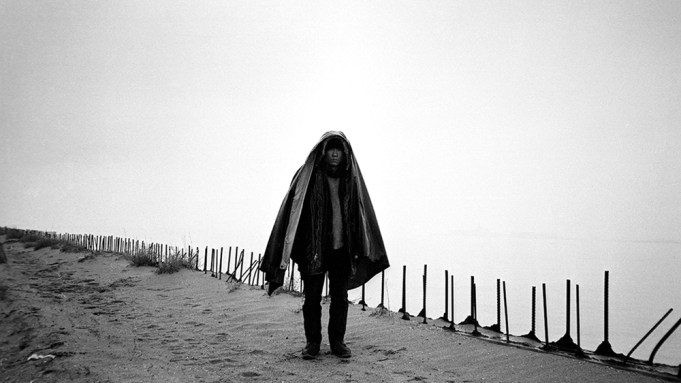 Taking its title from a line in Valerie Solanas’s militant SCUM Manifesto (1967), the exhibition “A new job to unwork at,” featuring the work of eight artists and a collective, offered both an ode to and an update on her call for widespread sabotage. In the context of Solanas’s exhortation to overthrow capitalism, abolish money, and eliminate men, “unworking” refers to efforts to undermine structures of patriarchal power. Solanas, who gained notoriety for shooting Andy Warhol in 1968, encouraged women to “secretly destroy equipment,” “not charge for merchandise,” and, if they were to be found out and fired, repeat such acts at their next workplaces. Organized by independent curators Andrew Kachel and Clara López Menéndez as part of their ongoing series of exhibitions and programs on the theme, “A new job” highlighted how, as the definition of work has expanded since the ’60s to encompass affective labor and processes of identity formation, new forms of sabotage have become possible as well.

One of the earliest pieces in the show was Fred Lonidier’s UCLA Bored to Death (1982/2014), which documents the sort of small-scale disruptions Solanas extolled. The work comprises three prints, each a grid of twelve photographs of classroom desks covered with drawings, carvings, and slogans. Lonidier, a longtime union activist, took the photographs while teaching at UCLA, and the serial quality of the piece evokes an assembly-line process. The classroom appears not as a site of liberal learning, but as a kind of stultifying workplace where students are groomed for economic success. The graffiti suggests an impulse, however inchoate, to interrupt that process.

Nearby was video documentation of Tehching Hsieh’s One Year Performance (Outdoor Piece), 1981–82. Having lived as an illegal immigrant in the United States since 1974, the Taiwanese artist vowed not to go inside for an entire year. In the video, looking weathered and stoic, he is shown wandering around New York, surviving through the generosity of friends and strangers. Through this extreme identification with the realities of homelessness, underscored by the precarity of his own status as an undocumented immigrant, Hsieh turned his body into a medium for critique. Transgressing the line between artwork and artist, between life and work, his piece highlights the risks and burdens of a refusal to participate in normal economic life.

Hsieh and Lonidier’s works provided historical touchstones for more recent pieces examining the subtle relationship between self and contemporary economic systems. Wes Larios’s Acknowledgements (2018) consists of a single photograph and five vinyl texts displayed in semi-hidden corners of the gallery. The show’s press release provided a backstory for the work, telling of how the artist’s grandmother immigrated to the US and provided for her family through five successive marriages. The title hints at the subject of the work: Larios acknowledges the financial support and familial care that allowed him to become who he is. Yet the audience is deliberately distanced from many aspects of this personal narrative. The photograph shows only his grandmother’s bedroom and the blanket under which she lies. Her five husbands (including Larios’s grandfather) are represented by the vinyl texts, which provide merely their dates of birth, marriage, and death. Acknowledgements is grounded in an artist’s exploration of his own identity but, at the same time, is about withholding, never allowing the viewer to fully identify with Larios’s experience.

Dylan Mira’s 7 Skin Night Repair Essence (2017) is also an act of artistic refusal. The kinetic sculpture features tea pumped from a bucket through a hose so that it pours onto a shirt hanging on a clothing rack. The bucket is placed under the shirt, ensuring that the tea seeping through it is contained and reused. The curators told me on a walk-through that the work is grounded in Mira’s Korean heritage and informed by the spiritual traditions of shamans in her family. Yet her own identity is the absent center here, and what viewers encounter instead is a closed system, with energy devoted to creating and re-creating a stain that marks this absence while denying access to anything else.