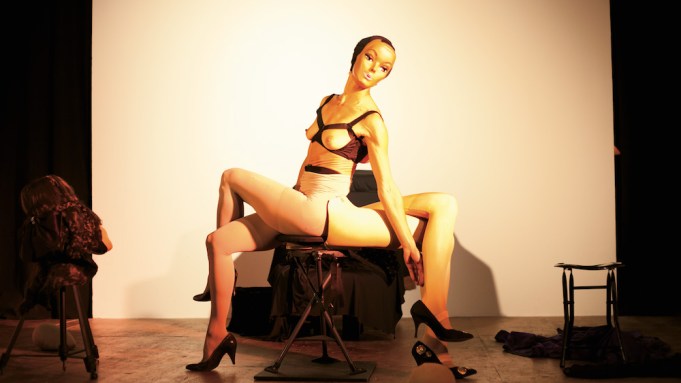 As long as I’ve been going to Performa, I’ve been grumbling about Performa. The framing is usually impossibly broad, the quantity of work overwhelming, and the caliber so varied that the bad stuff can sometimes argue against the excitement of live performance. Yet the biennial is a major, influential event, and—in our Instagram-ready, market-oriented art environment—its shambolic quality can also be refreshing.

RoseLee Goldberg, the great advocate for and historian of performance art, founded Performa in 2004. With its first edition, which took place the following year, she accelerated the changes she had already effected in the art world. In her pioneering 1979 book Performance Art, Goldberg expressed worry that live performance was being ignored by the art establishment and that efforts to archive it were inadequate; today, virtually every institution in the country that shows contemporary art has robust performance programming. Now, in this live-art-friendly world, Goldberg and her fellow Performa curators have had to make their presence felt with sheer volume. Performa 17 was less an exhibition than an avalanche: nearly four dozen artists participated, their work organized according to curatorial rubrics ranging from the geographic (African art, South African art, Estonian art) to the thematic (works dealing with architecture) to the historic (the legacy of Dada served as an occasional reference point). Many works fell outside even the capacious organizational categories. Case in point: the first scheduled piece was a crystal-healing workshop.

One performance, though, snapped the whole project into focus for me. Estonian artist Anu Vahtra’s Open House Closing was a short walking tour of SoHo’s cast-iron district that emphasized its many vacant buildings, their histories, and the forces that now keep them empty. Most of Vahtra’s tour was factual—she ­told us that one storefront, unoccupied for years, rents for $143,000 a month—though she sometimes slewed off into fantasy with arch descriptions of building trash and traffic cones as “installations.” Vahtra used a portable digital projector to cast archival images of the anarchic artistic haven of SoHo in the 1960s and ’70s. The creativity and fellowship that had flourished there is of course long gone. Money is hollowing the city out. So during Performa, every pop-up venue, every sidewalk crowded with audience members queuing for a performance, and even the roving Barbara Kruger bus could be considered a little DIY victory against the blandification of New York. The biennial seemed intent on reclaiming space: it sprawled across the city, spanning from its headquarters on Broadway to a skatepark in Brooklyn to a church in Harlem. A Barbara Kruger billboard stood over the High Line, and Zanele Muholi’s gorgeous black-and-white portraits, shown on digital screens, stared serenely down at Times Square.

Kruger was essentially Performa 17’s brander-in-chief. All the printed programs displayed her hallmark graphic style: white Futura type on a red field. The biennial’s headquarters (a temporary venue, housed in a SoHo storefont, that served as a meeting point, information booth, bookshop, and event site) had been painted red and white. Her signs were everywhere you turned. The High Line billboard read, know nothing. believe anything. forget everything. The Brooklyn skate park was plastered with signs that said things like, plenty should be enough. In what was billed as her first performance in years—Untitled (The Drop)—Kruger opened a pop-up store selling not only Kruger-stamped merch but also the experience of standing in line (price: $5). Yet there was something antithetical about Kruger’s central position in Performa. Her text artworks are defined by their immediacy. While they demand that the reader/viewer think (whose justice?), they don’t take more than that suspended moment to absorb. Duration, which is the meat of performance, isn’t part of them.

But, then, one of Goldberg’s most impressive strategies is to persuade non-performance-oriented artists to step into the medium. This lends the biennial its star power, but also some of its weird weightlessness, since pieces by these relative newcomers can seem callow. Kruger is a master of spectacular cool, yet the pop-up store was a pretty simple critique of the art-world directive to “sell, sell, sell,” and even its flirtation with hypocrisy lacked bite. Similarly, writer and photographer Teju Cole’s Black Paper fell precipitously into art-student cliché. For the performance, Cole tucked himself into a bed at the center of the cavernous BKLYN Studio at City Point and pretended to snooze under projections of his photographs on massive sixteen-foot-long panels, as if “dreaming” the images, which ticked by at a rhythm meant to evoke that of the human heart.

A main highlight of the works by more performance-savvy artists was Brian Belott’s People Pie Pool, which, steeped in the Dadaist spirit, boasted competing marching bands, massive destruction (some violins got it in the neck), a drolly hilarious “conversation” that consisted solely of bouncing golf balls, and a series of constantly interrupted professorial talks. The nonsense went on and on, and yet the noise and silliness was, paradoxically, soothing. In the gorgeous The Body Is a House, avant-cabaret star Narcissister danced a series of eerie burlesques while wearing her hallmark plastic mannequin-face mask. Indeed, choreography-minded artists handled the biennial’s interdisciplinary nature with the most grace. Kelly Nipper, for instance, presented a haunting work, Terre Mécanique, that she made in collaboration with the Self-Assembly Lab, the new technologies research institution at MIT. As dancers writhed in black balaclavas—one, wearing a black-crepe dress, spun and spun like Loie Fuller—a scientist presided over a gigantic witch’s cauldron full of pale green goo, into which a programmable needle-arm extruded liquid rubber that eventually hardened into a flexible net. The piece was clever but chilling: the dancers were ultimately less compelling than the bizarre machine, and the audience’s interest in their actions seemed to fade as they beheld the great god Technology.

In general, however, resisting the forces of dehumanization is what Performa does best. By the third week, the biennial’s headquarters was a homey mess. On the final Friday of the exhibition’s run, people hung out on its wide bleachers all afternoon, sometimes napping or checking phones. A Yoko Ono Wish Tree sat ignored in a corner. A talk in which a curator showed images of Performas past on her laptop slowed momentarily: “I’m just so tired!” she said, rubbing her face. One table was full of potluck dishes. While Performa 17’s haphazardness at times seemed wrongheaded—the curatorial gatekeeping was simply not strict enough—there was an argument hidden in the overabundance. The mess and the potluck spread and the repurposed storefronts and the badly organized lines of people formed their own logic. As Vahtra showed us in her walking tour, New York can be so empty. Performa fills it back up.

The 12 Best Portable Power Stations for 2022, Because Going Off the Grid Is Overrated