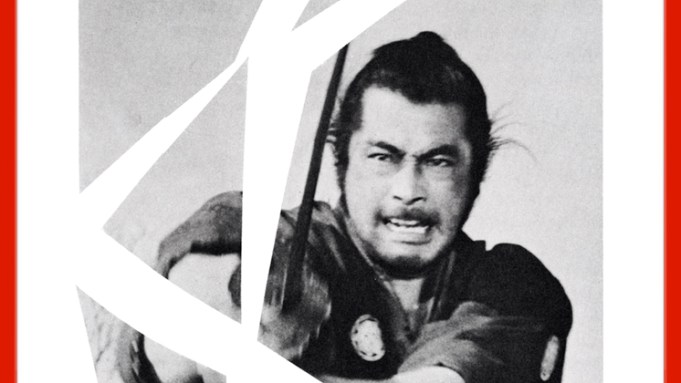 Sarah Charlesworth (1947–2013) typically worked in series, defining discrete ideas and exercising them to the point of completion or terminal exhaustion. The richest of these ideas could yield dozens of individual works. Her first major series, “Modern History,” occupied her from 1977 to 1980. For this body of work, she photographically reproduced newspaper front pages with all the text below the nameplates masked out, leaving only images. She applied this one basic operation to a variety of ideologically distinct publications and politically salient stories, revealing all manner of social hierarchies, stereotypes, and myths. In the even more expansive series “Objects of Desire” (1983–1988), Charlesworth drew from the slick domain of color-printed magazines a quasi-encyclopedic compendium of imagery linked to the representation of sexuality, nature, and spirituality in modern American society.

Not all of Charlesworth’s ideas possessed quite the same capacity for sustained treatment, and her more exploratory efforts have sometimes been overlooked. The curators of the well-regarded Charlesworth retrospective held at the New Museum in 2015, for instance, left out a sequence of relatively short-lived projects from the early 1980s: “The White Lady” and “In-Photography,” two 1981 series of mural prints that Charlesworth often presented in tandem; and the “Red Collages,” a 1983–84 group of four Cibachrome prints that anticipated “Objects of Desire” in both format and iconography. Happily, Paula Cooper made up for that exhibition’s omissions by assembling these series in their entirety alongside two earlier works, including a 1977 piece from “Modern History.” In doing so, the gallery offered viewers a revelatory opportunity to see what is, in effect, connective tissue between Charlesworth’s earliest efforts and her monumental undertaking later in the 1980s.

The three series present images that Charlesworth excised from a variety of sources—books, magazines, postcards—and rephotographed. She left her source material more or less intact in “The White Lady.” With “In-Photography,” she began making surgical incisions that humorously interrupt, extend, or otherwise warp the rhetoric of her selected images, the fragments of which she positioned on monochrome grounds. In Explosion (1981), a depicted blast seems to have not only blown up the car at the composition’s center but also broken the picture itself into jagged shards, the artist reduplicating the image’s spectacle of destruction while suppressing any clues to its context. In one of the “Red Collages,” Rider, a scantily clad Natalie Wood appears within the silhouette of a rearing steed mounted by a cowboy—the masculine counterpart to the actress’s feminine stereotype. (In the source magazine, the two images had appeared on the front and back of the same page.) Charlesworth scaled the “Red Collages” to approximate the size of the original publications. This served as a departure from the 1981 works, which she had printed as large as four-by-seven feet, magnifying the appearance of halftone screens, frayed paper edges, and slight irregularities in the paths of her X-Acto knife.

Perhaps more revealing than Charlesworth’s visual interventions, however, is the nature of the iconography that came to dominate her work in the early 1980s, inscribed like runes on these series’ stela-like prints. Signifiers of the exotic, the mystical, the occult, and the primordial take the form of a Pueblo vase, an ancient stone tablet, a crescent moon, and the miraculously anthropomorphic opening to a La Jolla sea cave (after which the “White Lady” series is named). Themes of Romantic sublimity, heroic individualism, and violent destruction are conveyed in images of a spiral galaxy, lightning bolts, a cinematic samurai, and the aforementioned explosion and horse-riding cowboy. In 1980, presidential candidate Ronald Reagan had campaigned to “make America great again,” evoking a lost or, to critical observers, plainly mythical state of the nation. Charlesworth’s images from this time emblematize such a latently political landscape of modern myth: the same terrain she broached in “Modern History,” and would still more methodically chart in the years that followed.