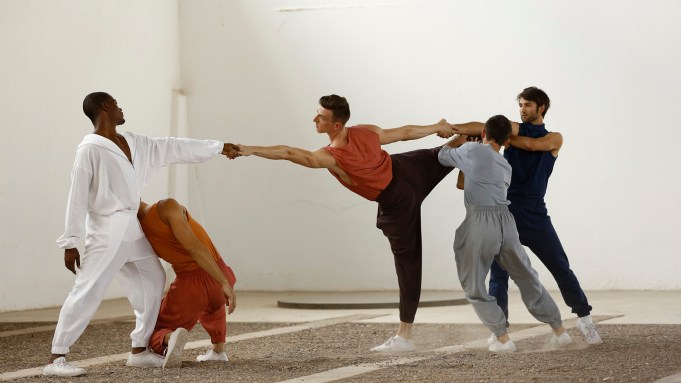 When the choreographer Benjamin Millepied announced in 2016 that he would be leaving the Paris Opera Ballet after less than two years as director, people wondered, why so soon? The most generous explanation that emerged: he was too innovative, too restlessly creative, to lead an institution so steeped in tradition. (The company, established during the reign of Louis XIV, is more than three hundred years old.)

“I’m going to be doing a lot of projects on the digital side,” Millepied told Marina Harss of the New York Times when his tenure in Paris ended last July, “because that’s how I think you can reach a larger audience. And I think you can monetize it.”

Now back in the United States, Millepied—a former New York City Ballet principal who choreographed the ballet thriller Black Swan and married its star, Natalie Portman—is following through on those plans. Over the past year he’s turned his attention more fully to the L.A. Dance Project (LADP), the contemporary ballet troupe he founded in 2012.

On three evenings over Memorial Day weekend, the ensemble of eleven dancers performed eight short pieces at eight locations across the grounds of the Chinati Foundation in Marfa, Tex. The series was broadcast live and recorded via the video streaming platform Periscope, and was sponsored by the French jewelry firm Van Cleef & Arpels, as the opening and closing credits in each episode reminded viewers. (Is this what Millepied meant by monetizing?) The first episode alone brought in more than 212,000 viewers, equivalent to about 80 full houses at Lincoln Center’s David H. Koch Theater (home to the New York City Ballet), 107 at the Paris Opera Ballet’s Palais Garnier, or 450 at the Joyce Theater in Chelsea, where the company began a two-week run on June 13.

Digital broadcasts of dance generally fall into two categories: behind-the-scenes glimpses into rehearsals, like those offered by ballet companies around the globe on World Ballet Day, and live streams of in-demand theatrical performances, like those presented by the Guggenheim for its Works & Process performance series. In these latter cases, the broadcast usually supplements the live event; even without people tuning in remotely, the show would go on. “Marfa Dance Episodes,” directed by Millepied, with choreography by him as well as several company members, differ in that the broadcast itself was the event; the series was created exclusively for an online audience, and the episodes, ranging from about seven to twenty minutes, were choreographed for—and with—the camera.

In fact, it was hard to separate camerawork from choreography, they worked together so seemlessly. If you’ve never visited the Chinati Foundation, with its cavernous buildings and large-scale Minimalist installations across 340 acres of desert, the cinematography made you feel as if you had. Like a lone, roving spectator, a single camera trailed the dancers through indoor and outdoor spaces, deftly circling or grazing past them as they kicked up dust in the light-filled Arena (a former gym restored by Chinati’s founder, Donald Judd), flocked through the vast and sun-drenched rooms housing Judd’s “100 untitled works in mill aluminum” (1982-86), and slid along the peeling walls of Ilya Kabakov’s deliberately dilapidated School No. 6 (1993). Other passages found the dancers sprinting between buildings across stretches of parched terrain, or moving fluidly in unison under the late afternoon sun. It seemed as though they were the only people for miles around, and that you were right there with them (except when technical difficulties intervened, which happened a few times; the second episode was delayed by over an hour).

While the series, according to a press release, was “conceived in response to Chinati’s collection,” some parts engaged more directly with the artworks than others. The section set among Judd’s aluminum works juxtaposed curving arms and swaying torsos with the rectangular geometry of the gleaming sculptures, identical-looking boxes arranged in columns and rows. The repetition in the music, Steve Reich’s ethereal Proverb, also echoed the sculptures’ composition. Other episodes responded more to the architecture of a room than to the artworks in it. Two of Roni Horn’s truncated copper cones (Things That Happen Again: For a Here and a There, 1986-1991) framed a busy series of solo dances in a concrete shed. One after another, dancers entered through a side door, unleashed a few seconds of what looked like improvised movement, and disappeared through a door at the back. (The camera stayed in one place, capturing them head-on.) The artworks here were more ornamental than integral, the dance more inspired by the music (Caroline Shaw’s Gustave Le Gray for solo piano) and the layout of the space.

The starkness of the Chinati Foundation’s venues—and the dancers’ apparent isolation—brought to mind other dances-for-camera filmed at seemingly abandoned sites. “Marfa Dance Episodes” (which can still be viewed online) shared a wistfulness with NY Export: Opus Jazz, the 2010 restaging of a 1958 Jerome Robbins ballet largely set in empty urban spaces, and an austereness with Thierry De Mey’s 1997 Rosas danst Rosas, which transplanted Anne Teresa De Keersmaeker’s 1983 stage work into a vacant school building.

Unlike Opus Jazz or Rosas, however, the episodes read less like a fully developed work of dance-cinema than a suite of vivid studies with the camera, intent on generating interest in the company and attracting new audiences, people who might not normally seek out or have access to dance at more traditional venues. These aren’t unworthy goals, and they appeared to be working, if the real-time comments from fellow viewers (“Who are they?” “What am I watching?”) and hearts streaming up from the bottom of my screen (votes of approval) were any indication.

Most intriguing to me were two newcomers to the company, Carla Körbes (a former principal dancer with the Pacific Northwest Ballet) and Janie Taylor (a former principal with the New York City Ballet). While the episodes didn’t have a narrative arc, they kept returning to a tender, entangled partnership between the pair. It was refreshing to see a duet between two women—an oddly rare occurrence in ballet—especially one that highlighted their elegance and toughness at the same time.

That duet, In Silence We Speak, is part of two programs the troupe is presenting at the Joyce. Watching its live premiere last week, I found myself thinking that Körbes and Taylor, in their bright white sneakers and silky jumpsuits, looked constrained, in part because of the set, a low border of fluorescent lights enclosing the stage. Perhaps I had been spoiled by watching them in the wide-open spaces in Marfa. Yet the live performance also possessed a spark, a rawness, that the broadcast didn’t.

The field of contemporary dance bemoans its small audiences, yet it also lags in finding ways to make dance widely accessible. A fear of the digital overtaking live performance often hovers around conversations about dance and technology. But one doesn’t need to supplant or compete with the other. The idea that dance can only be appreciated live—that it’s diminished, rather than potentially enhanced—through digital platforms, is becoming a thing of the past.

CURRENTLY ON VIEW The L.A. Dance Project at the Joyce Theater, New York, through June 25.