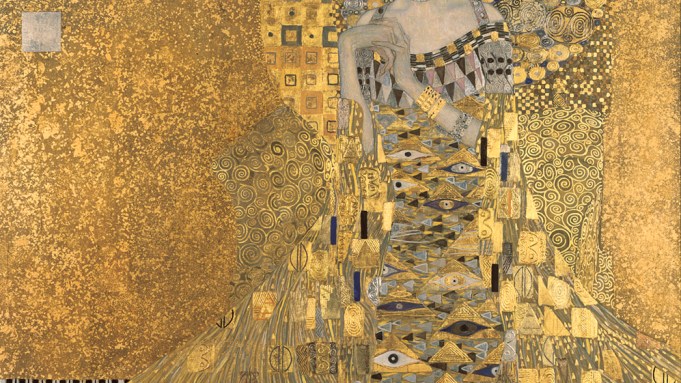 The collapse of a culture is felt before it is formalized. The earliest traces of fragmentation appear as fault lines, shifts in facades and fashions, cracks in the smooth surface of an established style. In The Sleepwalkers (1931–32), a roiling trilogy about the decline of Belle Epoque Europe, the Austrian novelist Hermann Broch writes, “Behind all my repugnance and weariness there is a very positive conviction, the conviction that nothing is of more importance to any epoch than its style.”

The Sleepwalkers is a tome in the tradition of Berlin Alexanderplatz, The Magic Mountain, and The Man without Qualities: an attempt at comprehensive systemization that spills over its edges and undermines its own ambitions. Its first two books, set in 1888 and 1903 respectively, are exercises in dense, dreamlike, but ultimately conventional narration. The final book, set in 1918, fractures: the central plot sprouts a profusion of stories and poems, and a long essay titled “The Disintegration of Values,” chapters of which are interspersed throughout, intrudes with increasingly manic persistence.

The landmark year of 1918 saw the end of World War I, the dissolution of the Austro-Hungarian Empire, and the death of two of the century’s most iconic artists. Gustav Klimt and Egon Schiele barely lived to see the rigid bureaucracy of the Habsburg Monarchy smash into a mosaic of clashing cultures—but as two exhibitions this summer demonstrate, even their earlier works are unwitting harbingers of the cacophony that would characterize their final year. As we’ve seen, Broch believed that the character of an era is best recorded in its style, and in “Gustav Klimt and Egon Schiele: 1918 Centenary” at the Neue Galerie through September 3 and “Obsession: Nudes by Klimt, Schiele, and Picasso” at the Met Breuer through October 7, uniformity falters, surrendering to a turbulence of diverse textures.

The Neue is cramped, and the paintings in the centenary exhibition jostle against period furnishings from the museum’s permanent collection. Chairs, sofas, and clocks crowd the show’s few rooms, and the hodgepodge of paintings and drawings on display is squeezed into narrow plots on the walls. Some works are hung so high up and close together that their details are difficult to make out. The overall effect is lavish but dizzying. The only thing that unifies the works—which run the gamut from Klimt’s placid landscapes to Schiele’s agonized portraits—is the fact of their authorship.

But the show’s disunity is congruous with its content. Something of its clutter and clatter is palpable in the paintings themselves. Klimt’s classic portraits, for instance, aspire to an integration they cannot achieve. In Adele Bloch-Bauer I (1907), one of the artist’s best-known works and the highlight of the Neue’s permanent collection, the sitter’s head and hands protrude from the ornate patterns of her dress, a golden garment that swirls into the wall behind her. Her expression is calm, her posture commanding, and at first glance, she seems to reign over the fussiness of her backdrop. But she cannot fully master what she cannot fully reach, and the gold leaf encroaches on her effete pose.

Klimt’s nudes, hung with solemnity in the thoughtful exhibition at the Met Breuer, are less stylized. They are sketches, tenderly and tentatively rendered, without busy backdrops. Adele Bloch-Bauer, a wealthy society woman, is as rigid as the stark geometries arrayed behind her, but the artist’s naked women are soft and, for the most part, supine, depicted in postures of release. They look less ecstatic than relaxed.

Only in The Lovers (1913) are man and woman obscured in equal measure. The two figures fade into each other, and the lines distinguishing them are soft and unsure as a sigh. But here as elsewhere, Klimt is eager for integration: at his best, he assimilates lovers to one another; at his worst, he assimilates the organic contours of the body to the ordered pleasantries of pattern, and individual women to expectations of the most generic beauty.

In contrast, Klimt’s student and protégé is a master of disintegration. In Schiele’s Conversion (1912), the most striking painting in “Gustav Klimt and Egon Schiele,” the figures themselves take on the wrinkles of their setting. Two women bend into a man’s embrace, and their limbs crease like cloth. The man’s arms wrap not only around the women but also around the entire painting, converging with the rocky enclave in which the three figures are enclosed. In Schiele’s work, flesh takes on the density of stone.

Yet the women’s faces, pinched and haunted, incongruously animate, are impossible to reconcile with the rest of the painting. Klimt’s backgrounds are as neat and predictable as swatches of wallpaper, and in Conversion, Schiele adopts something of his teacher’s sensibility, extending textured backdrops into the foreground—but the work introduces an element of uncertainty into Klimt’s meticulous organization.

Schiele’s nudes are equally dynamic. The savagely gorgeous works that make up the Schiele component of “Obsession” are often explicit but rarely erotic, for the bodies Schiele depicts are often at odds with themselves. In the drawing Nude in Black Stockings (1917), a woman slouches to her left, bends her legs as if running, and positions her arms behind her head as if lounging on her back. The text on the wall clarifies that Schiele often had his models pose lying down, then shifted them into upright positions in his portraits. The effect is disorienting and disjointed: the woman in Nude in Black Stockings looks to be on the verge of toppling over. Even Schiele’s nude Self-Portrait (1911) jars: the figure’s dark ribs prod out from the pale, taut expanse of his chest, and his arm twists away from his body at a jolting angle, as if his limbs bore no relation to his torso.

Some of Schiele’s nudes are not even ostensibly sexual. The 1918 drawing Woman and Child Embracing is a chaste celebration of maternal affection, and the 1914 sketch Woman Squatting represents a woman crouching over the ground. In this respect, Schiele is less like Klimt than he is like Picasso, whose nudes tend to have wholesome titles like Reclining Bather with a Book or Old Man and a Youth. But even Schiele’s most pornographic images, such as the graphite drawing with watercolor details Observed in a Dream (1911), prove too unruly to subordinate to fantasy. Klimt’s conventional figures can easily be slotted into fetish, while the woman in Observed in a Dream affronts us. She’s colorless, sketched in wispy outline, but she violently yanks her labia open to expose her vagina, rendered in red as vibrant as that of a wound.

It’s hard to tell whether Observed in a Dream celebrates or objectifies female sexuality. But it certainly insists on the rifts between the searing hues of sex and the dull whites of abstinence. In this way, the work registers a world collapsing into conflicting fragments. It honors the sanctity of a newfound irreconcilability.