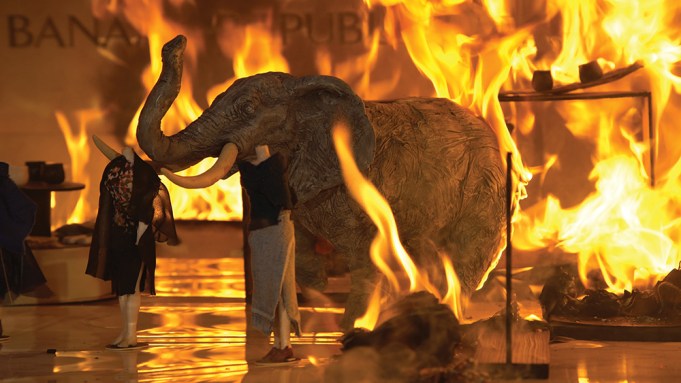 Neoliberalism is trending in Mexico right now. When questioned recently about the government’s inadequate response to the increasing rates of feminicidios (murders of women), President López Obrador said that his administration was attacking the root causes, that neoliberalism had not only brought misery to huge swaths of the population but had also sparked the social decay that led to violence. Though the president was perhaps not entirely wrong, the very next night he was tweeting from a quite congenial-seeming dinner he was having with executives from transnational corporations like Walmart, Chevron, MetLife, and Amazon.

Neoliberalism was also at the heart of Yoshua Okón’s exhibition “Oraculo” (Oracle), which presented works that the Mexico City–based artist, who began his career in the 1990s, made between 2011 and 2019. In his quest to expose how messed-up our economic-political system is, Okón depicts its effects on people who are merely cogs in the machine. For his video series “Oríllese a la Orilla” (1999–2000), Okón paid Mexico City cops to do embarrassing dances or get beat up, using his privilege as an affluent Mexican to bribe low-wage workers—Mexico City cops make less than five hundred dollars a month—into humiliating situations that were supposed to . . . do what exactly? Show the audience how easily corrupted underpaid Mexican cops are? Show, in other words, that water is wet?

In a two-channel video on view in the exhibition, Oracle (2015), Okón is again anything but subtle. The work shows a dozen members of the Arizona Border Defenders, a “volunteer border watch organization,” restaging a protest from 2015, when the group was raging against a busload of unaccompanied children who were expected to be held in the town of Oracle, Arizona. In the video, the Border Defenders march in the middle of the desert, wave American and DON’T TREAD ON ME flags, and do donuts in their cars while firing automatic weapons. In a particularly unhinged sequence, a man in a pickup truck talks big game about how anyone trying to enter the United States illegally will be entering hell, how Americans are not to be messed with—his sentences punctuated by seemingly involuntary discharges of his weapon. As if this weren’t enough, we are shown signs on fences bearing slogans like “Does my American flag offend you? Call 1-800 LEAVE THE USA” and “The price of freedom is eternal vigilance.”

Another two-channel video installation on view, Fridge-Freezer (2015), is a dreamlike portrayal of three realtors attempting to sell nearly identical versions of a prefab house in the suburbs of Manchester, UK. The women exaggerate the selling points, and between pitches they suffer seizures, crying fits, and panic attacks in the homes’ staged interiors. In Okón’s carefully crafted scenarios, these women seem tormented by the fakeness of the dream they peddle. Elsewhere in the same room, a one-minute video of a model of a Banana Republic store going up in flames, República Bananera (2019), played on a screen near the charred remains of a fiberglass zebra, elephant, and clothes. The critique that supposedly tied together the two installations in this room was flimsy: could the aspirational vices of consuming midrange clothing and dreaming of three-bedroom homes be the root of our problems?

That Okón’s critique of the neoliberal system often involves castigating members of classes less fortunate than his own appears to be no coincidence, considering his recent interview with Aristégui Noticias, a local news site, in which he claimed that capitalism and market-centric logic could work, just not in their evil neoliberal versions. A little exploitation is OK. Burn it all down—as the text accompanying the exhibition proposed—but maybe not all of it.