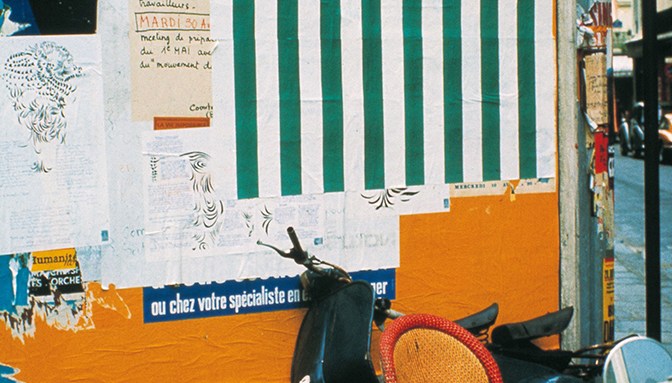 Crises are traumatic not because they cause a break from the established order, but because they reveal what is otherwise hidden or willfully ignored. The suspension of life as we know it is frightening. But it also presents a critical moment of opportunity.

Our present crisis is unfolding on two fronts: a virus that makes sociality a material threat and an economic shutdown poised to hit art workers particularly hard. The response from institutions of both governance and culture has largely been to cross their fingers and hope to wait it out, despite an understanding among epidemiologists that the crisis is not expected to abate anytime soon. When the white cubes open back up, it will mean one of two things: that the pandemic has been resolved after a significant amount of time, or that museums have successfully lobbied officials to deem their operation “essential.”

The Perils of Post-Internet Art

Prior to the outbreak of COVID-19, I had been thinking of the experience of the 2008 financial crisis and the underanalyzed impact it had on the subsequent Post-Internet movement (which I took part in as an artist and theorist). It seems fitting that the twin collapse of finance and real estate coincided with a way of making art that reconsidered the dematerialization of the object and made a joke of the white cube. My peers and I sought to eschew studio practice by producing work with the absolute bare minimum of space and material, leaving the rest up to digital manipulation.

The movement gained momentum just as popular dissatisfaction both with the Obama administration’s handling of the bailout and with the European Union’s austerity measures began to foment into what would become Occupy Wall Street and mass actions across Europe. Yet for the most part, the art world dismissed  Post-Internet as either a speculative market feeding frenzy, or evidence that young artists had terminally overdosed on Photoshop and Tumblr. These critics missed how Post-Internet might have constituted a genuine break with the demand that contemporary artists manifest themselves as bourgeois entrepreneurs.

Some of the virtual exhibitions staged by artists at the time highlighted the illusory nature of prestige by reproducing the physical white cube as a virtual space accessible online. Reference Gallery’s January 2010 online group exhibition “Mirrors” featured various real and virtual works crudely photoshopped into images of Reference’s gallery space in Richmond, Virginia. Timur Si-Qin took a similar approach with his Chrystal Gallery, in October of that same year, which was disseminated as 3D renderings of propositional works in a traditional white cube environment.

I recall engaging in some debate at the time as to whether these projects were radical gestures or whether they merely reproduced the look of the gallery to give digital work a veneer of prestige. But, then as now, I see them as repudiating the primacy of the retail real estate environment that defines art’s presence in urban centers. For decades, artists have bent and twisted to adapt to neoliberalism’s prerogative of economic development. When a crisis splits the seams of that development apart, the art world shows its seams, too. Of the many Post-Internet commentaries on exhibition space in 2010–11, one of the simplest still stays with me. For a brief period, Czech artist Martin Kohout’s website could be visited only during “open hours” at certain times of the day, approximating the barriers to access found at the gallery or the museum. It was a reminder that galleries are  accessible only to those who have free time during common working hours and who live in (or can travel to) wealthy cities. When these socioeconomic barriers are considered in tandem with the manifold barriers to access exhibition spaces hold for people with disabilities, the art world’s current model appears not just anachronistic but ableist.

Perhaps the subtlest experiment with Post-Internet display practices was Katja Novitskova’s sunny n shiiite (2011), an extraordinarily lo-fi approach to exhibition-making that resonates particularly well now. For a weeklong livestream, Novitskova trained a webcam at a blank wall and used the flattened space of the image frame to lay out an arrangement of “found and created objects”: a mirror, a mushroom cloud of expanding foam, a banner reading “Change.” Novitskova frequently changed the layout of the arrangement and the objects on display. The piece recalled Robert Morris’s Continuous Project Altered Daily (1969), in which the artist adjusted the orientation of a selection of materials in the gallery on a daily basis.

Novitskova’s work showed how art could be presented as a spare gesture using basic tools and limited space. But now we see the art world rushing to bring commercial spaces online with as little disruption to pre-COVID operations as possible. Fairs like Art Basel Hong Kong have offered online viewing rooms, while David Zwirner is using its digital resources to present a well-manicured selection of works from smaller galleries as an act of altruism. This latter example is like an unironic reinterpretation of Kohout’s restriction of his website’s viewing hours. With Zwirner’s locations closed, its URL is its most valuable commercial property, a value underscored when it is shared with less affluent galleries.

These efforts to re-create the art world online look like the gallery websites we know already, where the pristine, sealed-off white rectangle of the browser displays equally pristine photographs of objects affixed in generic white cubes. A possible exception is the proliferation of museum screening programs, like the Whitney’s, which offer access to video works that are otherwise impossible to view without the privilege of screening attendance or a Vimeo password. But these programs beg the question of why video collections are not already online for free viewing. What does that say about the function of museums in our society?

We’re in the early phase of the pandemic, still adapting to a suspension of activity epidemiologists predict could last into 2022 or beyond. Museums are locked down. Galleries are shuttered. In a short text written the month after the strikes and protests in Paris in May 1968, Daniel Buren wrote that “art [is] the system’s distracting mask. And a system has nothing to fear as long as reality is masked, as long as its contradictions are hidden.”¹ What crises reveal are precisely these contradictions.

The art world we return to—if there is one to return to at all—will be formed in this moment. This is the time to build our own institutions. Our shelter-in-place orders and the masses of workers, including art workers, who were fired when the economy came to an abrupt stop constitute a general strike, leaving us only to declare it. For the art world this could be a massive moment of reorientation. While Berlin has bailed out its artists and cultural institutions, we already know the United States will do no such thing for its citizens. If we push on without solidarity outside the art world, doing what we can to maintain business as usual, we will only be putting the mask back on.

1 In The Return of the Real (1996), Hal Foster points out that, a month before the events of May ’68, Buren plastered a work of his over another poster on the street, obscuring a call to action by the anarchist student group “Movement of March 22.” According to Sami Siegelbaum the poster read “AT NANTERRE the students have revolted against the rotting university of the bourgeoisie. Since March 22nd they have turned the premises of the university into sites of the most free expression of their ideas—the walls are covered with posters, the auditoriums are filled with meetings every day […].’ The rest of the message was obscured by Buren’s work. Though the artist later wrote against masking, his actions in April quite literally masked a message from the nascent movement. For Foster, this act posed a riddle on the relationship between the art of institutional critique and active political movements. Can art escape the exhibition and move onto the street without interfering in the political action taking place there? But there is no riddle at all. Rather than plastering over the message and expounding on the movement that issued it later, Buren simply could have joined in.

A. Lange & Söhne Made a One-of-a-Kind Chronograph for This Year’s Concours of Elegance