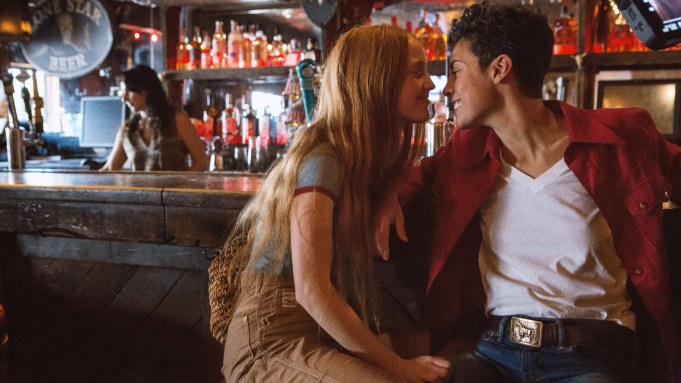 I was excited and hopeful when 2017 began with millions of women marching through their cities wearing the knit pink caps known as “pussy hats.”  As much as I dislike the conflation of vaginas with cats to make them more palatable to the mainstream, I was happy to see women taking a public stand against the sexism, racism, and xenophobia that ushered Donald Trump into office. As the year went on, the Women’s March movement leaked into popular culture. We saw people sporting “The Future is Female” T-shirts on shows like “Blackish” and “The View,” building on the slow trend toward an improved representation of women on television, which includes shows created by women that depict female characters more realistically and humanely.

Jill Soloway’s “I Love Dick” is one such show. The release of the first season on Amazon in May coincided with a cultural moment of female self-realization. The show is loosely based on Chris Kraus’s novel of the same name, which chronicles her obsession with a scholar named “Dick” and how it contributed to the demise of her marriage and the end of her career as an independent filmmaker. Soloway’s show brings to life Kraus’s complicated vision of what it means to be a woman in a field that subtly prevents female success, and like the book, it never allows us to see Kraus as a victim. To this end, Soloway made Dick an artist who runs an institute with a residency program and created characters not present in the book, to further illustrate the ways in which women come to terms with their place in the art world.

One of the more complex episodes of self-discovery comes when a young female artist and theorist, Toby (India Menuez), who is in residence at Dick’s (Kevin Bacon) art institute, decides to get naked at an oil drilling site and broadcast the experience online. Her friends, including her love interest, Devon (Roberta Colindrez), see the stream and head to the oil site. Eventually, Devon confronts Toby, and tells her that the project is problematic because she exploits lower-class, mostly non-white workers as props in her white feminist theory art piece. After her diatribe, Devon also admits she feels frustrated because she wants to fuck Toby. Then the cops show up. Despite her disapproval of Toby’s project, Devon takes off her shirt and the two are arrested for indecent exposure.

This moment stood out to me on a personal level because Toby’s work closely resembles my own. In 2008, the dancing videos I posted on YouTube went viral. I was an MFA student at the time, and in critiques I argued that performance within social media was the newest iteration of relational aesthetics, as well as a renegotiation of feminist video art from the 1970s and ’80s. In 2015 I did a web-based project where I juxtaposed pornography with videos of my vagina wearing glasses and singing “I Feel Pretty.” For “I Love Dick,” Soloway enlisted Helen Molesworth as a consultant, and included feminist video and performances into the show’s credit sequences, including works by Carolee Schneeman and Annie Sprinkle, whose art inspired my own.

I understand Toby’s journey. I know what it’s like to be a young female artist desperately searching for power. Sexualizing yourself is a powerful way to get attention. But the art world is generally critical of it. So, as many young artists in the academic art world system learn to do, I found a way to use the history of art and trendy contemporary jargon to validate the work I was making. It was easy enough at the time to say I was “subverting the male gaze” and “exploring female empowerment by taking back my image.” That language made sense to people, and to myself, even though, in the past few years, I have decided that those phrases are almost completely nonsensical. But I said them so much, so people would take me seriously as an artist, that I believed I was actually doing that.

Feminist theory from the ’70s and ’80s led me to believe you could subvert the male gaze, that we could interrupt it by doing things that seemed out of place or were atypical. But in the age of the internet, the “male gaze” has become all-consuming, and like capitalism, eventually co-opts anything that attempts to run against its flow. One merely needs to quickly browse any porn site to see any and every fetish being served. Being naked online in artistic lighting has nothing to do with subverting the male gaze, even if you’re showing off remnants of period blood or your armpit hair. It’s about taking up public space. It’s about wanting attention. It’s not about empowerment and taking back the femme image; it’s about becoming visible, to others and to yourself. (As an aside, as someone who has been very visible online, I can also say that’s it is very mentally draining, which is another reason why I don’t think it can be an empowering situation.)

However, the desire to be visible is not an inherently bad thing, despite our culture’s vilification of it, especially when it comes from women. It’s a human quality. Not only that, this desire is inherent in making art. The bad thing is when we prioritize the visibility of those who are white, cisgender, able-bodied, and so on. This is where, as Devon points out, Toby’s project fails. Toby is using nudity to make herself visible and showcase the power discrepancy between a masculine presence and a feminine one, without taking into account the factors of race and class that make the oil workers vulnerable.

After Devon delivers her critique, Toby is insulted and replies that her work is not about exploiting the workers to get attention but in fact about “the mutual debasement of foreign bodies invading foreign lands.” We are supposed to think the mutual debasement and invasion is between Toby and the workers. But the workers aren’t invading Toby’s space. She comes to them. The workers watch Toby, but do they debase her? What if, instead, the mutual debasement is between Toby and the three thousand viewers whose heart emojis and thumbs-up flutter across the screen to register their approval? She is capitalizing on the internet’s tendency to give women who look like her attention, and the viewers on the internet are exploiting her desire for attention and acceptance.

Devon’s removal of her own clothing seems at first to be a moment of female solidarity: of raging against the patriarchy and letting issues of race and class take a backseat. Yet it feels more complex than that. Perhaps instead, Devon takes off her clothes out of a desire to be the chivalrous hero for Toby, never forgetting her ultimate desire to sleep with her. Toby even angrily refers to Devon as a “cowboy” here. The final moments of this plot line find Devon in the cop car, witnessing a surreal scene out the window: the oil workers dance and tip their hard hats to her, signifying that she has fallen prey to the same trap the rest of us so often do—she believes that the white woman needs saving and protecting, that she merits her full attention, and most of all, she is the one she wants to fuck.

As 2017 came to a close, allegations against Harvey Weinstein and others manifested the #MeToo viral moment. The “not surprised” letter, written by a small group of female-identifying curators and eventually signed by hundreds of artists, art workers, and more, demanded that female artists and art workers be free from harassment. They made a point of not naming names because they didn’t want anyone who signed the letter to be implicated in a larger scandal that could ultimately bring more harm than the harassment they had already faced. By pulling together so many voices, they were able to garner attention without making themselves vulnerable as individuals. The letter was published in the New York Times. In a way, they (or maybe, as a signee myself, I should say “we”), were also trying to make themselves visible in much the same way I do as an artist, like Toby does, or as Devon attempts to by coming to her rescue.

My hope for 2018 is for both individual and group demands for visibility to evolve.  As internet viewers, let’s acknowledge the desire to be visible as a human trait, and that claiming visibility is a negotiation of power. Let’s try to make it easier for those who have generally been rendered invisible to gain visibility, whether through their imagery or their words. This means listening, reprioritizing, recognizing clickbait behavior that merely attempts to incite or arouse, and finally acknowledging our own complicity, whether we are a Toby or a Devon, in an online ecosystem that exaggerates offline visibility and power. In doing so, we can allow individuals to be visible even as part of group movements, rather than asking them to take cover within these groups. And that is what will make us stronger.