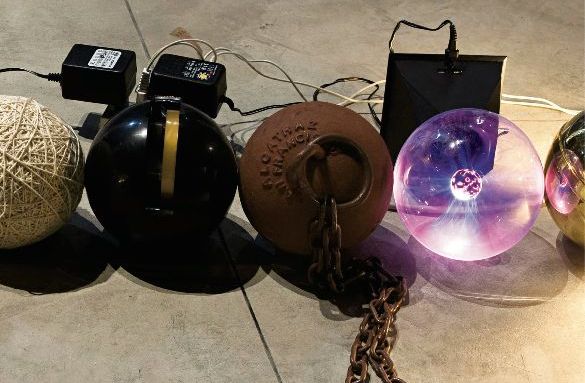 New York-based artist Wilfredo Prieto (born 1978 in Sancti Spiritus, Cuba) is the heir of Cildo Meireles, Luis Camnitzer, Felix Gonzalez-Torres and Gabriel Orozco, artists who initiated a radical Post-Minimal esthetic that contests Frank Stella’s famous dictum, “What you see is what you see.” These five artists apply Minimal esthetics while paradoxically creating works with dense, provocative and poetic meanings. Prieto, who followed this trajectory to astonishing extremes, has been well received, especially in Europe. With numerous awards, museum exhibitions and biennials (including Venice, Havana, São Paulo and Istanbul) to his name, he is the most internationally acclaimed Latin American artist of his generation.

His work is formally diverse: installations, sculptures, objects, performances, drawings and interventions in the public realm, which all aim to articulate ideas and deconstruct language. Taking Orozco’s famous empty shoe box of 1993 a step further, he has made pieces that are just bread crumbs (Bread Crumbs Are Also Bread, 2011) or a burnt-out match lying on the floor (Dying Star, 2010), or water, dog shit and a stone on a park’s pavement (Obstacle, 2007). Such works are more than whims: slyly critiquing the mechanisms that construct art’s value, they cause us to reflect on the ways that systems are conventionally structured. Holy Water (2009) is just a puddle of sanctified water dampening the floor, but the piece plays with the notion of Benjaminian aura and the transformation of a common natural element. The aura of art is loaded on top of the aura of a “holy” object.

It is telling that Prieto’s whole 2009 series of 47 “Dumb Drawings with Montblanc Ink”—doodles on note paper—was immediately bought by a leading Spanish gallery, confirming the works’ comment on fetishistic value. (Just scribblings, but using a Montblanc pen!) If I were to distill “Prieto’s way” in a single formula, it would be: sharp idea + simple artifact = maximum meaning. However, as with Meireles and Orozco, a visual sensibility is usually evident.

Latin American artists are known for some of the more superminimal works in art history: the most compact and concentrated in significance. This vein began at an extreme with Meireles’s Southern Cross (1969-70), a half-inch wooden cube displayed alone on the floor of an empty museum. The contrast between the minuscule, precarious object and the museum’s grandeur and legitimating power established a theme that was taken up by Orozco and Prieto. Southern Cross refers to Brazilian indigenous mythology (the wood he used is considered sacred to the Tupi people), relating this artwork to the vernacular and making it perhaps a reductive conclusion to the exploration of cultural tradition so crucial for modern art in Latin America. Orozco and Prieto, instead, often strip such references from their work and employ banal objects to create open visual metaphors. Except in certain early pieces and although his art frequently emanates from everyday experiences, Prieto usually does not depend on Cuban tradition but focuses on “universal” concepts.
The marriage of simplicity and deep content that we find in Prieto’s oeuvre is characteristic of today’s Cuban art, which likewise tends toward an international perspective. For Prieto, the inclination to social and political criticism-a trademark in Cuban art since the mid-1980s-persists through the 2000s. Take, for example, Speech (1999), consisting of rolls of toilet paper made out of Cuba’s leading official newspaper, or Apolitical (2001), Prieto’s best known work: flags of all countries rendered in grayscale and set on flagpoles. Apolitical might be seen as a critique of nationalism as well as a utopian statement about a world free of political divisions. It has an indirect precedent in Gonzalez-Torres’s Untitled (Passport), 1991, which consists of a pile of blank sheets of paper.

Yet Prieto conveys more than the political. Speech refers to the recycling of newspapers as toilet paper in Cuba (because of the scarcity of the latter), at the same time that it humorously suggests the fast obsolescence of news (yesterday’s newspaper is worth nothing) and its intimate role in readers’ lives. In Untitled (The World), 2002, another superminimal work, Prieto painted a world map on a chickpea, creating a poetic, philosophical image that alludes to the humble place our planet occupies in the cosmos. However, chickpeas also have been a staple of the Cuban diet for decades. Although they provide vital nutrition, people are sick and tired of them. Furthermore, dependence on imported chickpeas indicates the failure of Cuban agriculture to provide basic sustenance. Thus the work’s “universal” metaphor is grounded in the multiple, often conflicting implications of its material, which are largely lost on international audiences.

Prieto plays with the classic Conceptualist attraction to tautological statements. He may, for instance, illustrate an old saying in a literal way, as in Time Is Gold (2007)—a gold watch hanging from the ceiling. If at first a piece like this could be seen as a mere joke, it ultimately prompts thoughts about the changing relation between “words and things,” as Michel Foucault would have it. In Bread with Bread (2011)—a sandwich made of a roll between two halves of another roll-vernacular reference operates again: the phrase “bread with bread” in Spain (Prieto lived in Barcelona for some years) refers to lesbian sex.

A linguistic spirit permeates the artist’s output. However, this interest in language never materializes into actual texts, apart from his titles. Prieto embeds language into “reality” by making objects that complicate representation, while avoiding any suggestion of a world beyond language’s loaded mediation. Following Ludwig Wittgenstein, we could go further and say that the artist shows the directly referential relation between language and reality. He also explores the verisimilitude of visual language, such as using tempera paint to make an actual tree’s green mangoes appear mature in the piece Op Art (1999).

Humor plays a large part in Prieto’s work, usually as a subtle ingredient that contributes a critical distance from his subjects and magnifies the artist’s unconventional relationship to his themes and mediums. In other words, Prieto uses humor not in the calculated manner of Maurizio Cattelan, Wim Delvoye or the Cuban artist Lázaro Saavedra but as an internal aspect of his poetics. Humor also infuses his recurrent attempts to engage big themes through everyday elements-for instance, we smile at the map on the chickpea before we think about it.
Prieto can move easily from the superminimal to the more materially ambitious. Two good examples of his grand endeavors are Untitled (White Library), 2004, an installation composed of hundreds of books in diverse formats, all with blank pages, and Tied Up to the Table Leg (2011), a full-size, airborne helicopter attached to a small table by a long rope. Moreover, some of his plans are practically impossible to execute, such as a road in the shape of a Möbius strip, always returning cars to their starting point. At the other extreme, he made a belt into a Möbius strip in an untitled piece from 2011.

Contrast (big and small, complex and simple, great effort and minimal object) is a primary feature in the artist’s work. What Francis Alÿs has called the “paradox of praxis” (“sometimes making something leads to nothing”) is discernible, for example, in Prieto’s Untitled (Crane), 2006, a huge crane with its hook attached to its own body, unsuccessfully trying to lift itself. This powerful image points, on the one hand, to egoism (an individual’s self-focused action) and, on the other, to utopian self-deception (believing the impossible is possible). This, like many of Prieto’s works, can be seen as a reflection on life’s absurdity, a subject with a long tradition in Latin American literature. Cuban writer Virgilio Piñera was a world pioneer of the literature of the absurd in the 1940s.

Through simple visual tropes, Prieto elicits the type of disruptions that Jacques Rancière sees as key to the political potential of art. Unless art achieves an esthetic shock capable of dissociating us from our established experiences, it is just illustration. Much of Prieto’s work deals with aporias of time and space, interrupting whole bodies of assumptions. Like the writer of the Chinese encyclopedia mentioned in Jorge Luis Borges’s essay “The Analytical Language of John Wilkins” (1942), in which all animals are divided into highly unconventional categories, Prieto also fabricates surprising classifications. Avalanche (2003), for instance, is a linear arrangement of objects brought together for no other reason than that they are all spherical.
However, Prieto is not particularly interested in delving into form as an end in itself. The formal elements of his works serve the ideas. He has said: “I believe more in the efficiency of communication and meaning rather than form.”1 Prieto’s pieces have been seen as one-liners, which is accurate in a way. Yet his one-liners are far from simple in their brevity; they are illuminating strokes that excite interpretation and thrust us into challenging terrain. He would probably like to match Borges’s Chinese writer, summarizing all the marvels of the empire in a single word. Prieto is a one-liner visual philosopher.