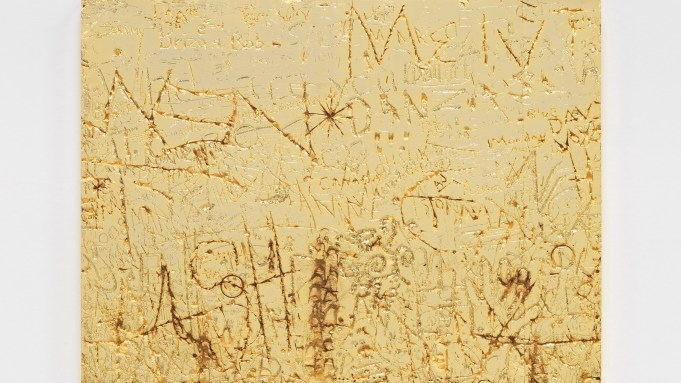 Since being taken over three years ago by the Swiss organization, Hong Kong’s annual art bazaar—already respected and flourishing since 2007 under founding director Magnus Renfrew—has now become a kind of precision success machine, in stark contrast to its would-be competitors on the Chinese mainland and even its less glamorous rivals in Singapore, Japan and Korea. This year, ABHK boasted 233 galleries from 37 countries, each carefully vetted to maintain 50-percent Asian mix and a balance of blue-chip and emerging venues. Thirty-four were invited for the Insight sector, dedicated to the Asia Pacific region, and 20 under the Discoveries rubric for emerging artists and venues.

According to Art Basel director Marc Spiegler, some 20 top-rank Western galleries joined the roster for the first time in 2015, lured by the continuing strength of the Asian art market, the Basel imprimatur and a dramatic schedule shift from May (clogged with the Venice Biennale and Frieze New York) to a less conflict-ridden March. High rollers can now go directly from ABHK to Art Dubai (Mar. 18-21).

Sales, reportedly plentiful, seemed to be driven by works in the low six figures. Some more expensive deals were struck during the preview days, however, with David Zwirner Gallery (New York) garnering $2 million for a Chris Ofili painting and $1 million each for two Neo Rauch canvases sold to separate Chinese buyers. White Cube (London, Hong Kong) sold one of Damien Hirst’s “Black Scalpel Cityscape” paintings (2014), a Shanghai view, for $1.2 million.

One reason for ABHK’s dramatic rise is pure professionalism. Facilities at the futuristic Hong Kong Convention and Exhibition Centre (HKCEC) are excellent, local labor is efficient, and the city has a centuries-long history of smoothly handling international commerce, both physical and monetary.

Another competitive advantage is fiscal policy in the Special Administrative Region. Even if you’re not one of the city’s 64 billionaires (just behind New York’s 78 and Moscow’s 68), Hong Kong is a good place to be rich. “We have a 12-to-15-percent salary tax and a 16.5-percent profit tax for businesses,” explained Andrew Davis, associate director-general of Invest Hong Kong, a government agency. “But, beyond that, essentially nothing. No import duties (except on a handful of items like tobacco and cars), no VAT, no inheritance tax, no capital gains tax.”

As a result, Davis said, the city had 356 foreign business start-ups last year, with 26 percent of the investment dollars coming from mainland China and 18 percent from the U.S. While financial services, long a Hong Kong mainstay, make up 15 percent of GDP, creative ventures (art, design, media) now account for 5 percent, and their share is increasing.

One notable manifestation of this push is the Police Married Quarters (PMQ), a Bauhaus-style residence facility (as its name indicates), converted through a public-private partnership into an incubator for new design enterprises. According to executive director Victor Tsang, three wealthy individuals launched the $14-million initiative in 2008. Twenty-five of 450-square-foot former apartments are straight commercial rentals, generating income for PMQ; the other 55 are studio/shop spaces leased to emerging entrepreneurs at a highly subsidized rate.

Chinese artist Xu Zhen, ever the satirist, filled PMQ’s exhibition space with large, bright, sugar-sweet paintings from his “Twenty” series, named for the age of first love. Tellingly, other examples of the visual joke, made cake-decoration-fashion and encased in plexiglass to preserve their thick daubs, looked perfectly at home in the Long March Space (Beijing) booth at ABHK, distantly echoing the field-of-tiny-faces painting by Zhang Huan shown at the Pace booth in 2014. At least one Xu Zhen confection sold for a reported $175,796.

Traditionalism fought a holding action in the form of Beholding the Mountain with Awe, No. 1 (2008-09), a towering, wall-size ink painting by Xu Longsen, who had a concurrent solo show of similar, though smaller, landscapes at Hanart TZ gallery. The nearly 34-foot-high image was one of 20 projects curated for the UBS-sponsored Encounter section by Alexie Glass-Kantor, executive director of Artspace in Sydney. Also among her selections was Siobhán Hapaska’s Intifada (2014), featuring uprooted olive trees suspended horizontally in metal frames and continuously shaken, one of the few politically fraught works to be found anywhere in the fair.

Something of an Oedipal drama in reverse took shape with the advent this year of Art Central, an independent fair bivouacked in large fancy tents on the waterfront, just a short walk from the HKCEC. Organized by Tim Etchells, Sandy Angus and Will Ramsay, founders of the Art Hong Kong fair recently bought out by Basel, the trio rounded up 77 international galleries (roughly 65 percent from Asia) in the implicitly challenging manner of satellite shows everywhere, drawing nearly 30,000 visitors during its three-day run (Mar. 14-16), half the attendance of ABHK. Later this spring (May 22-24), the Affordable Art Fair, which had its biggest city launch ever in Hong Kong in 2013, will enable 130 international galleries to make their pitch to entry-level Hong Kong buyers.

Meanwhile, the alternative art scene is also burgeoning. With their typical mélange of semi-industrial spaces adapted to live-work purposes, the artist enclaves of Fo Tan and Chai Wan continue to grow, attracting an increasing number of ABHK’s more adventurous visitors to pop-up exhibitions each year. In addition, the city-supported Oi! on Oil Street in the North Point neighborhood presented two shows of emerging artists during the ABHK period. The Aberdeen section, peppered with repurposed light-industry spaces, offered a South Island Art Night (Mar. 15) with such draws as staged rear-view portrait photos by Leung Chi Wo + Sara Wong at Blindspot Gallery and, at Spring Workshop, an eight-artist show mounted by writer-curator Christina Li, encompassing Moyra Davey snapshots of people writing as they ride the subway and a shadowy wall projection by Lee Kit.

Para Site, founded in 1996 (by Leung Chi Wo, Sara Wong and others) and long Hong Kong’s best-known artist-run space, has had a distinguished string of directors: Tobias Berger (now a curator at the city’s still-gestating M+ museum, due to open in 2018), Alvaro Rodríguez Fominaya (now a curator at the Guggenheim Museum, New York and Bilbao) and, currently, Romanian-born critic Cosmin Costinas. The organization has forsaken its notoriously tiny quarters for much roomier digs in North Point, inaugurated with “A Hundred Years of Shame: Songs of Resistance and Scenarios for Chinese Nations” (Mar. 6-May 10), a group exhibition (17 artists and one collective) about reclaiming Chinese cultural identity without falling victim to resurgent nationalism.

There is something both admirable and quaint about this persistence of bohemian earnestness, given the economic facts of life spelled out by the most recent TEFAF Art Market Report. In 2014, there was a 7 percent increase in expenditures, to an all-time high of $55 billion. But that’s not the key fact. This is: a mere one half of one percent of all the items sold accounted for 48 percent of the dollars spent. The high end rules completely.

Last week was rife with signs that this reality is well understood in Hong Kong, a city awash in luxury-brand outlets. For one, nothing could surpass the piquancy (so wrong but, oh, so right) of Rudolf Stingel’s show at Gagosian: panels of Celotex, scribbled upon by strangers, cast in copper and electroplated in gold. The artist as Midas.

On the HKCEC terrace, Klaus Biesenbach and Hans Ulrich Obrist, uber-curators of a slightly earlier (and slightly less mercantile) phase of art world development, stood together watching Cao Fei’s projection as it ran through a gobbling Pac-Man sequence (tenderly nostalgic compared to today’s hyper-gory combat games). It then proclaimed “HIGH SCORE” before flashing “GAME OVER.” . . . Well, over until the projection starts again in 40 minutes, that is.

Perhaps the two global tastemakers shared Cao Fei’s mixed sentiments that evening. After the night’s first iteration of her work, she was loudly toasted with champagne and handed the semblance of a birthday cake. “It’s not really my birthday,” she said later. “But close enough to celebrate.”

Aretha Franklin Was Tracked By the FBI for 40 Years. Here’s What’s In her File