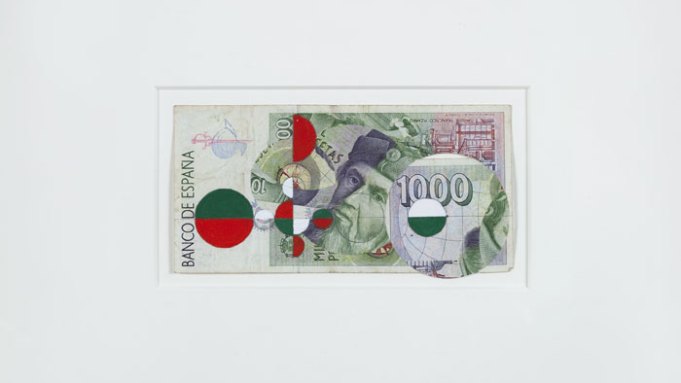 Each year, members of the prestigious Art Dealers Association of America come to New York to put on a show, the Art Show, to be exact. The 2011 Art Show (March 2–6) at the Park Avenue Armory, its 23rd installment, features more than 70 galleries. The benefit vernissage on March 1 attracted some 2,500 visitors, and is set to raise about $2 million for the Henry Street Settlement, a long-running institution based in the Lower East Side that focuses on a broad range of services in areas of health, homelessness and education.

As in recent years, the outstanding presentations at the Art Show this time were the solo exhibitions that offered viewers encapsulated or concentrated views of an artist’s work. New York’s L + M Gallery offered a museum-quality show of works by Joseph Cornell; Knoedler likewise hung a group of top-notch Milton Avery paintings from the artist’s estate that have been rarely—or never—exhibited before.

It was a tough decision to choose just 10 shows this year. But each entry had to be special and offer a truly extraordinary art experience that transcended the limitations of space and the viewers’ restricted time in this fair-crammed week.

The solo show of Alice Neel’s work was a stunning introduction to the fair both physically (it’s the first booth facing the entrance) and mentally (it set the tone of the event). Interest in Neel (1900–1984) grows by leaps and bounds every year. Her social consciousness and proto-feminist themes, not to mention her bohemian lifestyle, attracted early admirers of her work. Today, new generations are discovering the visionary aspects of Neel’s painting: her unique way with the brush and approach to the figure, including the distinct and consistent distortions that make her work stand out. This fine overview includes some quintessential Neel portraits, such as Ed Meschi 1964), Nancy (1980), and Rita and Hubert (1958). Having struggled to make ends meet throughout her career, Neel would probably be pleased but also a little shocked to learn that her works now sell in the $500,000–$1 million range, and that Nancy was snapped up by a collector for $850,000 at the Art Show’s opening.

An elegant installation of paintings, works on paper and bronze sculptures by Italian-born Enrico David brings this little-exhibited (in the U.S., at least) artist into the U.S. spotlight. There are stark, abstract pieces, like a hard-edge stripe composition that includes the words “Dirty Clubs,” along with gentle and mannered figurative pieces that are wholly convincing. In a smart and lively visual language that recalls Enzo Cucchi in some way, Enrico David’s diverse works set a singular, haunting mood.

Once adored by just about everyone in the art world, Gabriel Orozco seems to have stumbled in his current traveling museum retrospective, which stopped at MoMA last year. That show was roundly panned by a number of critics (myself and Charlie Finch among the only exceptions, I’m told). So it was the right thing to do for Marian Goodman to remind everyone of what an exceptional artist the world has in Orozco. This booth was like a cool ocean breeze for the mind. The large, airy white-and-red variation of Orozco’s “Samurai” series is mesmerizing, as were the smaller paintings from the series displayed nearby. Perhaps most appealing were the little collages made from old airplane and train tickets, and especially those from defunct European currency. Those works speak volumes about the precariousness of the world economy-or they say practically nothing at all, and are merely clever visual games. That remains the most astonishing attribute of Orozco’s work—it is whatever you want it to be at any given moment.

This wonderful group show centered on a huge bronze monument by Syrian-born sculptor, Diana Al-Hadid, another Art Show discovery. Her intricate and schematic sculptures shown previously abroad, give way here to a more austere-and more exciting-sculptural statement. Fragmented body parts, curiously protruding from a massive block have a grandiose feel rather than a funereal aspect that one might expect from these elements. The impact of the work was enhanced by a row of menacing photographic images by Adam Helms and blood red canvases by Barnaby Furnas.

The artist Colette pulled off a stunning coup at the Art Show opening with a simple but attention-grabbing performance as a kind of statue come to life. Holding a small white globe, she stood on a tall pedestal and conjured all sorts of mythological references without trying too hard. As if all dressed up for an Art Show opening on another planet—or another century—Colette sported a jet-black bouffant hairdo and a billowing gown made of what appears to be white parachute cloth, like the kind she favors in her relief collages, a large example of which was also on view. In addition, the booth contained an exceptionally erotic Ray Johnson collage dedicated to James Rosenquist, plus several of May Wilson’s hilarious self-portrait collages.

Spanish-born Jaume Plensa is getting to be the kind of talented artist who many respect but too many take for granted. For that reason, this lively overview of his work was a standout at the Art Show because it made you realize how much he has achieved in terms of reinventing the figure. His 3-D figures made of fragmented text in metal are striking whenever you see them-more and more in pubic spaces around the world. Lately, I especially admire his recent series of elongated heads in alabaster or marble. They are a bit corny in a way of any obviously computer-generated image. But they always remind me of ancient Mayan or Cambodian sculpture. They are evocative on their own terms, and for that reason are often rather difficult to walk away from.

Introducing a young new artist to tough New York audiences, especially at such a high-profile event, is a brave decision. It takes some audacity, and in the case of this understated solo show of San Francisco-based artist Rosana Castrillo Diaz, considerable sensitivity. The artist uses a combination of unusual and fragile materials, sheer fabrics and silk tissue, for instance, in allover abstract compositions in the form of reliefs. Against the booth’s dark background, her compositions’ pale shades of white, yellow and pink in substances like mica and silk tissue appear to glow.

This spirited group show featuring a wall relief of bronze stars by Kiki Smith, and a curious assemblage painting by Iliana Porter in white, with a hairbrush and tiny painted ladders stuck onto the surface, was an Art Show high point. A new two-figure Julian Opie video loop, Jeremy and Sidn Walking (2010, $60,000, edition of 4) pulled visitors into the booth to begin with, and helped keep them there.

Among the surprises at the fair was this unforgettable juxtaposition of William N. Copley’s Pop-inflected paintings and the witty, stylized animal and vegetable sculptures of the duo Lalanne. The unlikely combination resulted in one of the most vivid environments at the fair and proved a bit unsettling, as if stepping into the over-decorated livingroom of some brilliant but eccentric collector.

So much about abstract painting has to do with process in terms of thought development and material evolution toward the finished work. In this unusual show, well respected New York painter David Reed allows viewers into his mind in a certain way. He reveals his ideas about art-making and his material procedures though a working diary—a kind of painterly log book, individual pages of which fill the walls of this display. It’s an intimate viewing experience that you can dip in and out of as you wish. What might have been a tedious exercise in self-indulgence turns out to be one of the most rewarding experiences at this year’s Art Show.