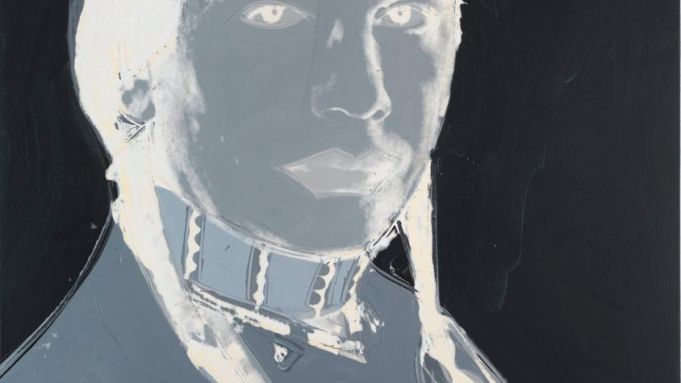 Venus Over Manhattan, a new gallery launched by collector and writer Adam Lindemann, will open May 10 on Manhattan’s Upper East Side. Located at 980 Madison Avenue, between East 76th and 77th Streets, the gallery takes over the former home of the Vera Wang bridal boutique. With about 3,200 square feet of exhibition space, Lindemann describes it to A.i.A. as “not too big, not too small.”

The opening show, “À rebours,” is curated by Lindemann and his staff of five, and will include some 50 works of historical and contemporary art as well as folk-art artifacts, all lent or consigned by galleries and other collectors. The consigned works are for sale, and nothing from this first show comes from Lindemann’s collection.

The artists range from 19th-century masters like Gustave Moreau and Odilon Redon to today’s heavy hitters, including Lucas Samaras and Jeff Koons. Artifacts include African fetishes and an 18th-century Hawaiian chief’s feather cape.

The gallery’s moniker comes from a 1940s Art Deco sculpture, Venus Bringing the Arts to Manhattan, by Wheeler Williams, which hangs over the building’s entrance. The opening show’s name comes from Joris-Karl Huysman’s 1884 novel, whose title translates as “against the grain” or “against nature.”

“I grew up reading what are known as the decadent poets of late 19th-century France,” Lindemann told A.i.A. “This novel fits into that context, and relates to a moment in art that’s very out of fashion right now, with artists like Redon and Moreau. I thought that since the gallery pops up from nothing, unlike its longstanding neighbors like Gagosian or Acquavella, the notion of ‘against the grain’ would seem to apply.”

Does the opening show’s name promise a gallery different from the hundreds of existing ones in the city? “I wouldn’t presume to imagine that the gallery will really be different,” Lindemann says, “but it’s our aspiration to try. And I do think it will stand out among its immediate neighbors on the Upper East Side.”

The book’s main character is an eccentric duke with eclectic tastes in art and exotica, Lindemann explains. Having started out collecting African art and branched out into Oceanic and Native American and later contemporary art, Lindemann says, “I hope to emulate his spirit of eclecticism and fantasy, which we see so little of in the art world today.”

The show will include one particular combination that illustrates the way Lindemann hopes to arrange objects. A Navajo chief’s blanket from the 1850s will hang near an Andy Warhol portrait of Russell Means. “The blanket represents the end of a certain type of artifact. After this they’re made for sale to the white man. Means was, controversially, an off-and-on member of the activist American Indian Movement who was also a TV and movie celebrity.”

The combination of the two objects stresses a side of the Means portrait that might be overlooked. “To show the Warhol along with the blanket takes it outside the context of the celebrity portraits,” Lindemann says.

Lindemann’s personal association with the Means portrait, he admits, is as much about his celebrity as anything. “I remember him doing the ‘Keep America Clean’ ads. He was on every TV station with a tear running down his face.”

Our Favorite Knife Sharpener With 19,000+ Positive Reviews Is Less Than $15 Right Now