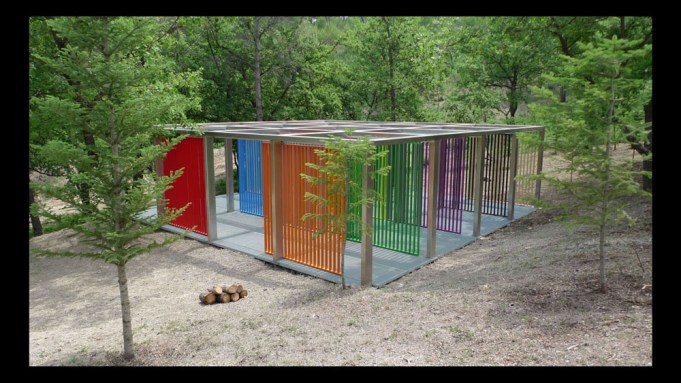 Six months into his tenure, director Louis Grachos is changing the name and shifting the programming of Austin, Tex.’s AMOA-Arthouse, christening it The Contemporary Austin. The museum and school, founded in 1913, is spread over two venues, the downtown Jones Center and an early 20th-century villa on a 12-acre lakeside, Laguna Gloria, where the art school is housed; both venues will be known as The Contemporary.

“We have many fine institutions dedicated to art and culture in Austin,” said Grachos, previously director of the Albright-Knox Art Gallery, Buffalo, N.Y., when reached by phone today. “We felt we could best contribute by encouraging artists to create new work. That’s our priority.”The institution’s increased focus on contemporary art starts in September, with solo exhibitions of New York-based artists Liam Gillick and Marianne Vitale, both spread over the institution’s two venues. Artists on the roster for 2014-15 include Charles Atlas, Tom Friedman, Orly Genger, Charles Long, Tom Sachs and Do Ho Suh. Exhibitions will often occupy both venues, as with the Gillick and Vitale shows, which has not been done at the institution previously, Grachos told A.i.A.“My aspiration is that The Contemporary will be involved with the bubbling art scene here,” Grachos said, naming collectives such as Okay Mountain, Mass Art and Co-Lab. The Contemporary also is hatching plans for an international contemporary art festival along the lines of South by Southwest, the city’s long-running music festival, and modeled on Documenta and the Muenster Sculpture Project. The new focus on contemporary art is welcomed by Austin artist Andy Coolquitt.“There’s always been a talented pool of artists and great underground art activity here,” Coolquit told A.i.A.by phone, “but without institutional support or a gallery scene, Austin hasn’t been taken as seriously as Houston or San Antonio. But now things are changing.“Austinites are really excited about the artists The Contemporary is slated to work with,” Coolquitt added, “who are above and beyond anything that has happened there in the past-and I’ve shown there!”