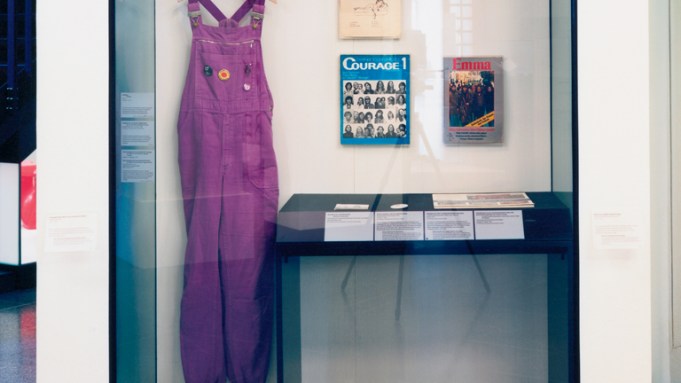 Annette Kelm’s photographs belong to the cumbersome world of analog photography rather than its flexible digital counterpart. Shooting with medium- or large-format cameras, and working closely with her printing lab to produce exquisite final prints, the artist creates still lifes and portraits that employ the conventions of commercial studio photography: bright, even lighting; few or no shadows; objects or people isolated against solid backdrops. The images seem content to speak for themselves, but they also display a reticence that counters the assumption that photography is a medium that directly reflects our reality. The pictures she presents are riven with contradictions and elisions, and the subjects remain obstinately elusive.

Born in Stuttgart in 1975, Kelm studied at the Hochschule für bildende Künste in Hamburg, graduating in 2000, after which she moved to Berlin, where she still lives. Over the years, she has developed a style that, while acknowledging an affinity with the advertising world, has absorbed the conceptual rigor of the Düsseldorf school (the Bechers, Candida Höfer and the triumvirate of Struth, Ruff and Gursky) as well as Wolfgang Tillmans’s alchemical treatment of the everyday. A dry wit characterizes many of her earliest works, which function like in-jokes about the nature of photography, the viewer’s desire for authenticity and the limits of what can be pictured. Cave (2003), for instance, consists of a pair of photographs showing a cave full of stalagmites and stalactites; one of the images is hung upside down, though which one is hard to say.

That humorous approach, though no longer so explicit, is still a steady undercurrent in her work. Take the series of photographs that opened her contribution to the “New Photography 2013” exhibition at New York’s Museum of Modern Art. The four photographs portray assortments of horseshoe magnets and pale pink tulips, arranged against disorienting Op-like backgrounds of thin black and white stripes. Ripples in the background fabric and the varying odd perspectives from which the photographs were shot suggest something unsettling about these arrangements, as do the apparently inconsistent shadows cast by the magnets and the way the tulips fail to lie flat on the fabric surfaces. The images’ disorienting appearance turns out to be due partly to the fact that the seemingly tabletop-like backdrops are actually vertical planes to which the magnets adhere and against which the tulips stand. Though Kelm eschews the manipulative possibilities of digital postproduction, she uses a battery of simple tricks to play with perspective and foreground-vs.-background relationships, thereby undermining any straightforward presentation of her subjects. By skewing our outlook, Kelm invokes broad themes: here, our inability to escape basic physical laws, including those of gravity; in other series, the nature of time, or the social, political or commercial forces that shape our material world.

Kelm’s unorthodox formal combinations ask us to consider the political dimensions of the banal things that populate our lives. Her method may recall that of artists such as Christopher Williams and Sharon Lockhart, but Kelm rarely spells out the social coding as they do. Her images, despite their well-lit clarity, suggest that undisclosed factors lie behind the objects or people portrayed. Viewers wonder how the depicted elements arrived there and what they point to beyond themselves. Just as Kelm’s contemporary Danh Vo unravels complex, interlocking histories and the migratory paths of people, political forces, ideas and things through the found items he uses in his sculptures, so Kelm evokes the cultural histories that lie beneath her objects’ appearances. (The artist claims she uses people “like objects,” implying that her portraits should also be placed within the still-life genre.)

The paisley bandanas seen in a recent series of works, for example, were chosen, the artist told me, because they encompass a history that stretches from Persia to India to the Western world, where they were adopted for wear by cowboys, hippies, gays and gangs. Their familiarity, however, conceals these facts, and it is up to the viewer to infer the reasons for Kelm’s focus on them. Her choice of the printed fabrics depicted in other recent works seems more transparent: scattered with bold black phrases—”LOL!,” “how r u?,” “XO”—they capture the truncated state of current communications.

Alongside Kelm’s still-life project is a newer research-based practice that departs from the confines of the studio, and likewise asks pointed questions that lead beyond the picture plane. The beginnings of this body of research appeared last fall in Kelm’s exhibition at New York’s Andrew Kreps Gallery in the photograph Vitrine for the History of Women’s Movement in the Federal Republic of Germany, German Historical Museum, Berlin (2013), which shows a museum display case containing feminist posters, ephemera and protest placards, along with a pair of purple overalls (lila Latzhose, or “purple overalls,” is German shorthand for second-wave feminists). The picture is one of three by Kelm that portray such vitrines in history museums in different German cities; her deadpan documentation of this evidence coolly suggests the absurdity of summing up feminism in collections of memorabilia, as if it were a subject done and dealt with, rather than a movement that engages issues still grappled with every day by countless women around the world. A new series of works focusing on the legacy of German feminist Hannelore Mabry will form the core of a solo exhibition that opens this month, to inaugurate the new Louis Vuitton exhibition space in Munich.

Despite their analog means, Kelm’s photographs speak eloquently of our mobile, networked, image-fixated moment. They ask us to reconsider what occurs on the picture plane, whether it be a photo sheet or screen; to look at how we read or misread these surfaces; and to think of how we relate to our physical life among inanimate objects that have their own stories to tell.

Free Pancakes, Anyone? Buy $50 IHOP Gift Cards for $39 Today Only