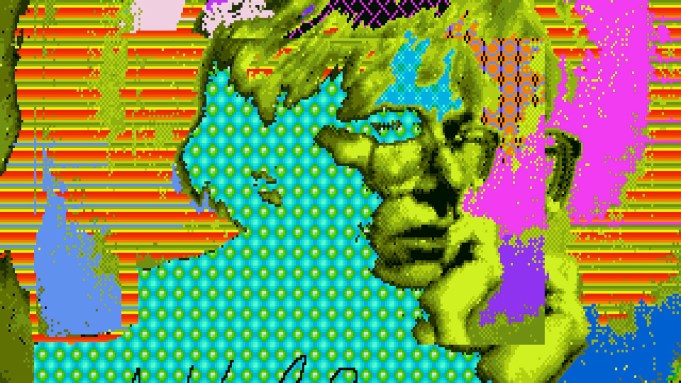 A new discovery at Pittsburgh’s Andy Warhol Museum has unearthed previously unseen images that the artist created using a Commodore Amiga computer in 1985.

A set of floppy disks in the Warhol Museum’s archives have yielded several digital images created by the Pop art master, including a self-portrait, a Campbell’s Soup can, and an edit of Botticelli’s Birth of Venus, placing a third eye in the mythical figure’s brow.

“We knew about the Debbie Harry portrait Warhol did on the Amiga because of the YouTube video,” Warhol Museum director Eric Shiner told A.i.A. by phone, “but we always wondered what else was on those disks.” The Warhol Museum didn’t have the technology to safely read the floppies.

Enter artist Cory Arcangel. When the Brooklyn-based new media practitioner found out about the disks from Carnegie Museum of Art curator Tina Kukielski, he hooked up with Carnegie Mellon University’s Computer Club, whom Shiner called “a group of kids who are completely geeked out on old technology.” The images were extracted using a KryoFlux emulator, according to Kukielski, who introduced Arcangel and the Computer Club.

One episode of a five-part documentary, The Invisible Photograph, is devoted to the retrieval of the Warhol images. The documentary is a project of the Hillman Photography Initiative, at Pittsburgh’s Carnegie Museum of Art. It will premiere at the museum May 10 and be available online May 12 at nowseethis.org.

Junkanoo Joy in The Bahamas

Mexico vs. Argentina Live Stream: How to Watch The World Cup Game Online for Free

Parents, This Isn’t a Drill: Cutetitos Plush Collectibles Are Half Off for Black Friday Weekend