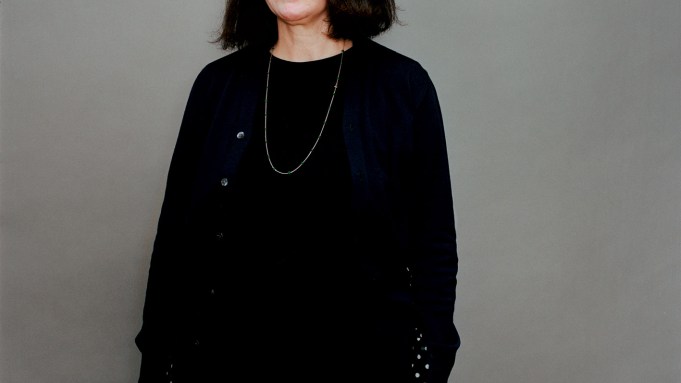 Ann Goldstein vividly remembers her first visit to the Stedelijk Museum in Amsterdam, in 1989. “I had a fight with a guard about the size of my purse,” she says. So when she returned in January 2010—this time as the museum’s director—she had at least one goal in mind: “I don’t want that to happen to people. I want people to feel at home.”

That’s just one of the many objectives held by Goldstein, who spent 26 years as a curator at the Museum of Contemporary Art in Los Angeles (her hometown) before being tapped as the first foreigner and first woman to lead the Stedelijk, which reopens on Sept. 23 after a nine-year closure. One day last spring, on a visit to New York, Goldstein framed her agenda with “four A’s”: “I want the Stedelijk to be alive, active, artist-centered and anticipated.” Later, she added “ambitious.”

Long known for showcasing and acquiring international avant-garde art, the Stedelijk was founded in 1874 and has employed a number of strong directors who avidly collected the art of their times, from Kandinsky and Malevich to de Kooning and Nauman. Its 1895 building has long needed modernizing, yet as the Stedelijk’s 127 million euro (about $156 million) renovation and expansion stretched beyond all expectations—the reopening was originally set for 2007—the museum didn’t so much fall in stature as disappear.

“We were looking for someone who could get this museum back on its feet,” says Alexander Ribbink, chair of the museum’s supervisory board. Recalling the trip he and another trustee made to Cologne, where Goldstein and her husband—artist Christopher Williams, who teaches in Düsseldorf—have a home, he said they courted her based on her reputation at L.A. MOCA. “This is a museum with a huge history and huge collection without hundreds of millions of dollars at its disposal,” he says, “and we wanted someone with the nose for contemporary art to give artists their first chance, and to make sense of what’s out [there] in the art world.”

Forthright and strong-willed, Goldstein is known for organizing large-scale, deeply researched exhibitions like “A Minimal Future? Art as Object 1958-1968” (2004), and “1965-1975: Reconsidering the Object of Art” (1995-96). She brings, however, no managerial experience as a director or even a department chair. “As much as she knows museums from the inside out, it’s different when you are a director from when you are a curator,” says her friend Paul Schimmel, the longtime chief curator of L.A. MOCA, who left the embattled museum in June. “I think she’s well-suited for it, but the other challenge—a very significant change between a privately run museum that was a startup versus a government-run institution with a profound history—that’s harder.”

Goldstein knows she must navigate the difference, and says the challenge is not just political. “There’s a sense of collective ownership of the museum that is distinct from that in the U.S.,” she says. “The Dutch people pay 52% of their income for taxes, and they have a sense of ‘I paid for this place.'” But government support for the arts, including the Stedelijk’s subsidy, is shrinking across Europe, and Goldstein and her trustees will have to seek more private money, a task she says she’s eager to undertake although the concept of arts philanthropy is new in the Netherlands.

Dutch culture is also dissimilar to that in Los Angeles, where Goldstein, who turns 55 this year, spent most of her life and where, she says, “change is part of your DNA.” Goldstein is adapting to the Dutch mode, which emphasizes respect for history. “I’m a doer,” she says. “In a Dutch organization, it’s about consensus and collaboration. They want to chew on things.”

In Amsterdam, there is something of a wait-and-see attitude toward her, even among a key constituency in which Goldstein has always had a following-artists. “I think artists were generally very optimistic about Ann Goldstein being chosen for the job, as she came from an interesting place and also because she’s a woman,” says Jennifer Tee, a multimedia artist born in Arnhem, who was included in “Beyond Imagination,” an inaugural exhibition featuring 20 artists who live and work in the Netherlands. “Taking Place” (2010), the first show Goldstein organized for the Temporary Stedelijk (exhibitions in the still-unfinished museum), included several Americans among its 20 artists. Based on that, Tee says, some are worried that “she might be more interested in artists she worked with before than in discovering new Dutch or European artists . . . but it’s too early to tell.”

That perception of favoritism deepened, wrongly, when the Stedelijk announced its exhibition schedule, which includes a massive Mike Kelley retrospective, set to open Dec. 15. Kelley was one of Goldstein’s favorites in Los Angeles, but the museum had initiated planning for the exhibition, which is being organized by German-born guest curator Eva Meyer-Hermann, years before Goldstein arrived on the scene.

Praising the Stedelijk’s history as an international museum, Goldstein says she’ll present a balance. “People will see a tremendous amount of Dutch art,” she says, citing as examples a monumental textile commission by Dutch designer Petra Blaisse and dedicated galleries for Marlene Dumas, Rineke Dijkstra, de Kooning and Erik van Lieshout, among others.

Goldstein is credited with reaching out to artists and curators in Amsterdam and with opening the museum as a meeting place for discussion of the government’s recent cuts in arts spending. And for learning Dutch: “I surprise them every so often when I throw out a word.” But she declines to take up one national habit: riding a bike. “I’m a klutz,” she admits.

When the new Stedelijk opens, designed by Mels Crouwel of the local firm Benthem Crouwel Architects, it will have more than 100,000 square feet of space and will, for the first time, be able to show off comprehensively the museum’s permanent collection—some 90,000 objects, including 40,000 works of graphic design—and will have adequate special exhibition galleries. That plan was fully developed when Goldstein took the job, but she still made small changes-for example, adding electrical outlets and hanging points from which to suspend large-scale artworks in the new basement gallery, which, at almost 12,000 square feet, is being billed as the largest uninterrupted exhibition space in Holland. Notably, she disagreed with Crouwel’s plan for an all-black auditorium, with one white rectangle intended for screenings; the rest of the museum’s interior is famously white. She kept it white and turned it into a multipurpose room.

Goldstein has also changed the education department, which now goes out to schools as well as arranging museum visits. She is beefing up the marketing and fundraising efforts, and adding more public programming. “The Stedelijk in the past was quite a meeting place for people,” she says. “That’s something I want to foster again.”

She’ll need to, not least because Ribbink believes that the expanded Stedelijk should draw 500,000 visitors a year-versus 250,000 to 300,000 before the shutdown. Goldstein thinks that’s achievable. “The challenge is to maintain that level [of attendance] after the opening year,” she says. The museum’s main entrance, instead of fronting the street, now faces Museum Square, which also fronts the van Gogh Museum and the Rijksmuseum (as well as the Concertgebouw); tourists will find the Stedelijk more easily. She is also working on partnerships with the other museums. More important to her, though, is her artistic vision, as demonstrated through exhibitions.

“I hope we will be opening a lot of eyes,” she says.

JUDITH H. DOBRZYNSKI is a writer based in New York.