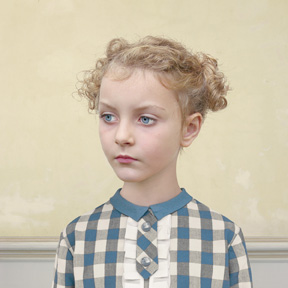 Braving unpredictable New York winter weather and an even more unstable economic climate, some 200 galleries from around the world gathered on Hudson River Piers 92 and 94 at 52 St., to help launch New York’s spring art season with the Armory Show, March 4-8. Smaller works on offer, fewer ambitious installations, and the addition of a “modern art” pier filled primarily with long-established galleries and private dealers presenting blue-chip works, are just a few of the new attributes of the fair’s 2009 edition. This time, the Armory Show in general seems a bit less edgy or provocative than in the past; it more closely resembles some of the large European modern and contemporary art fairs such as the Art Cologne and FIAC. Another notable difference is the scarcity of Chinese contemporary works, which had been market leaders in the field in recent years.

Nevertheless, the Armory Show was full of striking displays and surprising individual works. Some of the highlights spilled outside the confines of the gallery spaces. Kenny Scharf, whose works filled Kasmin’s booth, painted murals near the entrance to the piers. Inside pier 94, were several mural-size abstract tapestries woven of countless pieces of metal, by Ghanaian artist El Anatsui, presented by New York’s Jack Shainman Gallery. At least one display was interactive. Christine Hill transformed New York’s Ronald Feldman’s booth into a kind of apothecary, dispensing recommendations for all sorts of Recession-era malaise, except for cash. Of course, it’s impossible to completely cover an event this vast, but below is a list of 10 unforgettable standouts at this year’s fair.

2.)Â Â Â  Alan Koppel, Chicago. Here, Edward Lipski’s outrageous, gold-leaf-covered sculpture, King, 2007, stood at the entrance to the booth like a funky ancient sentinel. Inspired by a statue from the ancient Near East in the collection of Chicago’s Art Institute, the under-recognized British-born artist adorned the figure with a big Afro wig and a thick gold chain, merging thousands of years of iconography in the process. Inside the booth were treasures fit for the king’s tomb, including two of Marcel Duchamp’s “Roto Reliefs,” a major painting by Yayoi Kusama and two small decollage works by Jacques VilleglÃ©.Â

4.)Â Â Â  The Modern Institute, Toby Webster Ltd., Glasgow, presenting works by Richard Wright, Eva Rothschild, Simon Starling, Urs Fischer and others, showed on one of the booth’s outer walls an arresting untitled 2009 neon relief wagon-wheel sculpture by Anselm Reyle. The manically inventive German artist has previously made a witty series of sculptures made of antique tools and machines painted in day-glo colors, one of which, a day-glo orange plow, was one of the highlights of the New Museum’s recent “After Nature” show. In this vein, the work on view here, an old wooden wagon wheel backlit with slowly changing colored lights, is striking in its biting humor as a kind of a Wheel of Fortune for a distressed economy. However, like a giant New Age mood ring, its hypnotic glow ultimately conveys a certain sense of optimism.

5.)Â Â Â  Keith de Lellis, New York, was among the outstanding booths devoted to photography. Nino Miglori’s large 1951 photo, The Diver, a dramatic image of a male swimmer diving over the head of a companion seated on a ledge, beaconed viewers inside the booth, which contained many iconic images and some unusual pieces, such two provocatively lit 1950s male nudes by George Platt Lynes. One picture, Dionysus, shows the god (in the form of a doll) emerging from the thigh of Zeus; the other was a sumptuous photo of a seated youth wearing a straw hat.Â

6.) Â Â Spanierman Modern, New York, presented a museum-quality mini-survey of works by the late American abstractionist Burgoyne Diller. One of the first Americans to thoroughly absorb the experiments of early 20th-century European modernism, especially the Bauhaus, Diller developed his own unique brand of hardedge abstraction. Beginning with his spare Mondrian-influenced paintings of the 1930s, the display also included some of the artist’s lesser known 3-D works, such as his large untitled 1963 sculpture in formica and wood, whose blue and yellow spare geometric forms correspond with Minimalism.

7.)Â Â Â  Leo Koenig Inc., New York, exhibiting painters such as Torben Giehler, Nicole Eisenman and Jeff Elrod, featured in its booth two recently completed Meat Head table sculptures by Tony Matelli. Known for his wildly imaginative found-object and figurative pieces, the artist outdid himself here with these meticulously painted aluminum-and-bronze busts of a person wearing eye glasses. They appear to be made of hotdogs, sausages, sliced ham and bacon. Placed on sheets of aluminum foil, as if they just emerged from the fridge and await the grill, these wacky grotesques, conjure Arcimboldo’s 16th-century portraits and follow Matelli’s earlier series of related works, “Vegetable Heads.”Â

8.)Â Â Â  Sies + Hoke, Dusseldorf, contributed to the Armory Show an eye-catching presentation featuring a site-specific wall piece by Stefan Bruggemann in which white neon letters screaming the desperate plea, “Make Me See,” are nearly obliterated by illegible black spray graffiti. Also on view were recent sculptures by Kris Martin, including After All, a long narrow black wall relief consisting of dozens of clock hands that rather scarily suggest the vast abyss of time. Punctuating the booth were two smallish canvases by the German painter Michael van Ofen, who ought to be better known in the U.S. In the manner of a Zen master, he uses just a few carefully calibrated brushstrokes to suggest figures and landscapes, often alluding to art-historical works. At times, the way the images coalesce is remindful of Frank Auerbach’s work. The striking examples by van Ofen on view here are based on a Delacroix battle scene and a 17th-century Dutch portrait, respectively.

9.)Â Â Â  Marlborough, New York and London, participating in the Armory Show for the first time, included in its display a fine Frank Auerbach portrait, as well as major figurative paintings by Manolo Valdes and Vincent Desiderio. A recently completed abstract painting by Steven Charles, however, was the standout here. In this large canvas, obsessively painted, countless dots of colorful pigment and gold leaf form long strands that seem to fall in a mesmerizing cascade before a backdrop of solid black.Â

10.)Â Â Â  Yossi Milo, New York, brought to the show a riveting group of photos that included examples of Kohei Yosjiyuki’s “Park” series of voyeuristic images of clandestine cruising in a Tokyo park in the 1970s, as well as large photos that are part of Simen Simon’s reverent ode to the animal kingdom. Most striking of all was a large photo shot in Nigeria by South African photographer Pieter Hugo. The startling image shows a member of a troupe of Nigerian performers on a dusty city street. Wearing a ragged costume, he holds a hyena on thick chain leash. The troupe uses wild animals in its performances throughout the Nigerian countryside. This image seemed even more bizarre by being hung near Loretta Lux’s dreamlike portraits of idealized children, a jarring juxtaposition that made for another unforgettable Armory Show experience.Â

Stylish Celebrities Love By Far Bags — Now’s Your Chance to Buy Them on Sale.