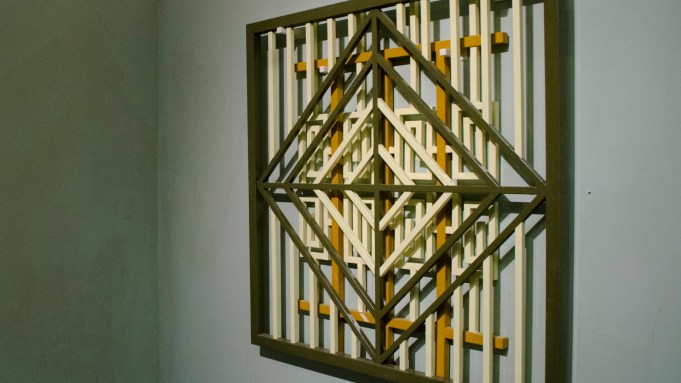 If you’d like to buy a $25 million Picasso portrait of Dora Maar, you can do so this week at the Art Basel Hong Kong fair (May 15-18). The piece is on view at the booth of New York’s Hammer Galleries, along with works by Matisse, Miró and other modernist masters, joined—somewhat incongruously—by several scenic canvases from Chinese artist Chen Yifei (1946-2005), more affordably priced at between $750,000 and $1.45 million. Nearby, Galleria d’Arte Maggiore (Bologna) offers prime works by Braque, de Chirico and Morandi accompanied by wall labels bearing the full provenance for each.

Actual first-day sales reported have been both more financially modest and more globally eclectic. Hauser & Wirth (Zurich, New York, London) sold a $135,000 Rashid Johnson painting to a private Brazilian collection and an $85,000 Sterling Ruby ceramic sculpture to an Israeli foundation. White Cube placed works by Christian Marclay, Anthony Gormley and Haim Steinbach, all with asking prices in the $55,000 to $420,000 range. A 2014 Matthias Weischer painting brought $50,000 within the first half-hour for GRIMM (Amsterdam).

Sales for Asian artists were comparable. At Hauser & Wirth, three paintings by Zhang Enli went to mainland Chinese collectors for between $180,000 and $240,000. Shanghai’s ShanghART Gallery found ready buyers for a 2014 Ding Yi abstract painting at $320,000 and a 2013 sculpture by Xu Zhen/Madein Company (recently the focus artist at New York’s Armory Show and the subject of a retrospective at Bejing’s Ullens Center for Contemporary Art) for $90,000. Chicago’s Rhona Hoffman Gallery placed a mixed-medium work by Hong Kong artist Adrian Wong with a young collector from the city for $20,000. Meanwhile, Lee Kit, winner of the fair’s Art Futures Prize in 2012 and Hong Kong’s representative at the 2013 Venice Biennale, had two of his faux found-object works go immediately at ShugoArts (Tokyo) for a total of $42,000. (UPDATE: Due to an editorial error, an earlier version of this article incorrectly stated the price paid for Adrian Wong’s work.)

Asian collectors’ buying power is hardly news, but was powerfully illustrated Tuesday night, when Hong Kong-based Christie’s specialist Xin Li snagged several of the top lots at the house’s historic $745 million postwar and contemporary art sale. And with the early sales and broad international participation at Art Basel in Hong Kong, the continued evolution of this market hub seems assured. Some 245 galleries from 39 countries are participating, with the East-West mix maintained at roughly 50-50 in the fair’s sophomore outing under Art Basel management (it was previously known as Art HK). This year, the identity of artists selected, the quality of work presented and the (optimistic) price levels all indicate that many of the galleries (along with major backer UBS) are taking the long view. The roster of VIPs attending was similarly global, from Swiss megacollector Uli Sigg to British architect David Adjaye, from Tate Modern curator Jessica Morgan to CCA Singapore director Uta Meta Bauer.

Dealers are clearly establishing a presence and cultivating a reputation, on the bet that major Asian buyers are about to enter phase two and three of new-money collecting. Having first dedicated themselves to acquiring work exclusively from their own countries, they are now ready, these gallerists speculate, to start buying brand-name artists from abroad or even, eventually, adventuresome contemporary artists of promise, regardless of national origin.

Meanwhile, at the futuristic convention center that houses the fair, 25 of the galleries (roughly 10 percent) are based or have branches in Hong Kong. Even discounting the fizz factor that is part of any international art fair, it appears that a host of high quality art-buying choices will be available in Hong Kong for years to come.