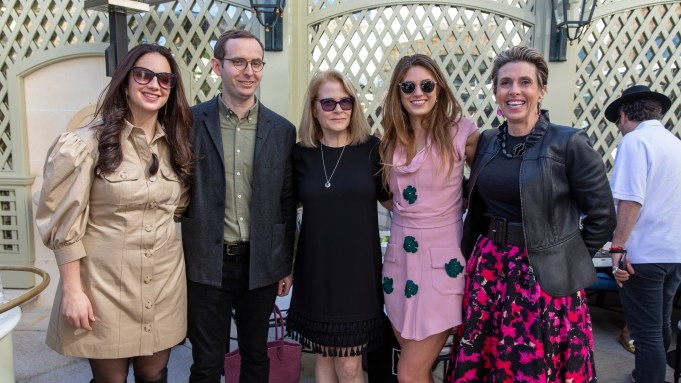 During Frieze L.A. week, the Peninsula Hotels celebrated a cultural partnership with Art in America by hosting a series of events and festivities. The week kicked off with the second annual dinner for the Swiss Institute at the Terrace at the Belvedere, the signature restaurant in the Peninsula Beverly Hills. As part of the hotel’s commitment to contemporary art, the Peninsula New York has supported the organization since 2019, most recently partnering on the 2019 Swiss Institute benefit at the Angel Orensanz Foundation in New York.

Since the company’s founding in 1928, the Peninsula Hotels has been committed to promoting the rich and vibrant cultural atmosphere of the destination cities in which they are sited. In a continuation of the group’s ethos of innovation, the Peninsula has partnered with curators Bettina Prentice and Isolde Brielmaier to commission the ongoing production of artworks from boundary-breaking contemporary artists whose pieces activate the senses to inspire and enchant visitors. This initiative, titled Art in Resonance, reflects a deeper commitment to engage with the artistic sphere, not only as a venue but as an originator and stimulator of culture. In addition to their commissions program, many Peninsula properties around the world focus their efforts on supporting institutions, foundations, and artists in their respective communities—with the New York program supporting the Swiss Institute.

In line with the Peninsula’s mission, the hotel hosted the Art in America brunch for the January issue highlighting AI and Generative art. Artist, scholar, and collector Anne Spalter joined A.i.A. editor William S. Smith and tech entrepreneur Laura Lehmann in conversation about the history and future of computer art.

Spalter, author of the influential history The Computer in the Visual Arts (1999), described how her research into a field within art history that was neglected at the time led to her interest in collecting. Spalter noted that she has long been an outlier in an art world that disregarded computer art, though both museums and the market are catching up. She and her spouse, Michael Spalter, have built a significant collection that includes work created between the 1950s and 1980s by pioneering figures such as Vera Molnár, Georg Nees, and Koji Fujino. Though many of the compositions were produced by algorithms, the designs were fabricated with plotter printers on paper. The Spalters’ collection of computer art features many pieces in traditional mediums. Lehmann articulated an expanded view of collecting, noting that the meaning of collecting and curating is changing as those activities become widespread on social media. A new generation accustomed to managing collections of digital imagery on a daily basis could very well transform fundamental values in art and assumptions about its singularity.

The discussion is part of a series on the subject that will continue at the Armory Art Fair in New York on Saturday, March 7. These live media events about art and technology build on themes and topics covered in Art in America’s January 2020 issue focused on AI and Generative Art; it includes a feature on Molnár and a print created in celebration of the artist’s 96th birthday.

What the Hell Happened to Justin Timberlake?