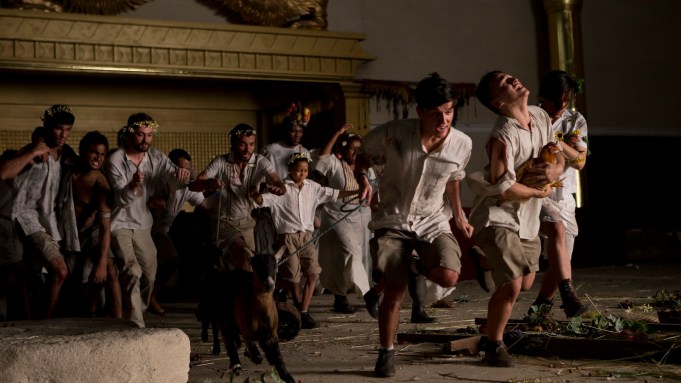 Some 56 artists have signed an open letter to the the São Paulo Bienal foundation, asking that the organization decline funding from the state of Israel. The letter states that the artists were previously unaware of Israeli support for the exhibition. The signatories represent a significant portion of the 100-some participants in the show.

Slated to run Sept. 6-Dec. 7, the exhibition, titled “How to (…) things that don’t exist,” eschews a specific theme, according to the organizers. It is co-curated by a large team led by Charles Esche, director of the Van Abbemuseum, Eindhoven, Netherlands.

The foundation declined to immediately answer e-mails from A.i.A. but promised a statement later today. A.i.A. e-mailed several of the signatories; none immediately responded.

UPDATE: According to the foundation, Israeli support has been in place since August 2013; curators have been aware of this “since the beginning.” The budget for the show is about $11 million. The foundation declined to divulge the amount of support received from Israel. “The institution is committed to bringing this debate over models of participation and international fundraising for future exhibitions to the board of directors,” the foundation said in a statement.

This is the second time this summer that an international exhibition has drawn fire from its artists over issues dealing with Israel. The exhibition “Living as Form (The Nomadic Version),” organized by New York nonprofit Creative Time, traveled to Israel without the knowledge of many of the artists included, as reported in the blog Hyperallergic.

We, the undersigned artists participating in the 31st Bienal have been suddenly confronted, just as the show is about to open, with the fact that the Fundação Bienal de São Paulo has accepted money from the Israeli state and that the Israeli Consulate logo appears in the Bienal pavilion and on its publications and website.

At a time in which the people of Gaza return to the rubble of their homes, destroyed by the Israeli military we do not feel it is acceptable to receive Israeli cultural sponsorship. In accepting this funding our artistic work displayed in the exhibition is undermined and implicitly used for whitewashing Israel’s ongoing aggressions and violation of international law and human rights. We reject Israel’s attempt to normalise itself within the context of a major international cultural event in Brazil.

With this statement, we appeal to the Fundação Bienal to refuse this funding and to take action on this matter before the opening of the exhibition.