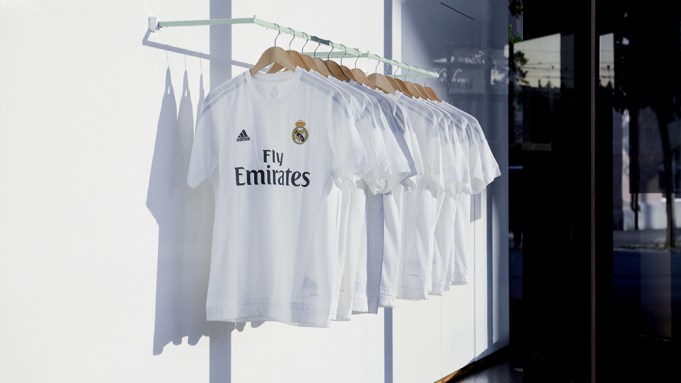 THE JAPANESE CERAMIC mending technique of kintsugi involves repairing broken vessels with lacquer mixed with gold or other precious metals. Instead of being hidden, seams are highlighted and carefully articulated. The object’s history is made visible, and the pottery becomes all the more beautiful for its imperfections. There is also a kind of cultural marking at play: once restored in this style, a recognizably Korean, Chinese, or Vietnamese object is forever linked to a specifically Japanese aesthetic tradition.

Dubai enacts a kind of urban kintsugi, cobbling together its identity from the myriad cultures that thrive in the city even as seams—caused by deep racial and economic stratification—remain eminently visible. On a more intimate level, local noncitizen artists enact a similar kintsugi-like practice, building their visual languages from fragments of multiple cultures and, in the process, claiming them as their own.

Conspicuous consumption—supercars, designer labels, and so on—is the norm in Dubai. But one of the subtler displays of privilege plays out through smell, as Emirati citizens perfume their clothes by burning scented wood chips to leave distinctive trails of fragrance called oud as they walk by. Sillage, a word used  by English speakers to describe the “throw” or spatial diffusion of a scent, commonly refers to a scent’s ability to permeate fairly small areas. (In French the term sillage describes the wake left behind by a boat or airplane.) In Dubai, it is not unusual to be able to smell someone from several feet away. Oud derives from a defense mechanism, an aromatic resin produced by the agarwood tree in response to any perceived threat (bugs or fungi). This resin is one of the most expensive raw materials in the world, and its heady scent can linger in a room like an invisible territorial marking.

This olfactory expression of power is a key theme in the work of Pakistani artist Raja’a Khalid, who was born in Jeddah, Saudi Arabia, but has spent most of her life in Dubai. Many of her recent projects incorporate synthetic oud: fragrant chemicals she has displayed in austere sealed canisters on plinths (Oud Counter, 2014), infused into bars of scented soap (Oud Soaps, 2015), and disseminated into a gallery using an industrial-strength wall-mounted diffuser (Oud Aura, 2015). In ths last piece, a framed copy of a US patent application for the scent hangs on the wall adjacent to the diffuser. The bureaucratic form includes a description of the “balsamic odor with sandalwood-ambergris tonalities.” Oud has become increasingly popular with Western fragrance designers, who often use it to add an exotic note to certain perfumes. In the Gulf states, where oud is linked to traditional cultural practices, synthetic versions of the scent also abound, filling hotel lobbies, office buildings, and malls, as if to secure the semblance of an identity for this globalized city’s new public spaces.

In Khalid’s work, scent becomes a complex cultural signifier, and she offers pithy commentary on commodified heritages and constructed authenticity. In the installation Fly Emirates (2016), the sillage of scent parallels the diffusion of Brand Dubai on the international stage. The work includes a rack of Real Madrid soccer jerseys with the ubiquitous Emirates airline logo emblazoned across the front. The shirts are embedded with microcapsules containing oud fragrance that is released as the fabric moves. At Vitrine Gallery in Basel, Switzerland, the installation was accompanied by a photograph of an Emirates airplane in flight (Hello Open Skies, 2016). It is difficult not to think of the image as depicting cloud seeding, raining down a fine oud-scented mist on everything in its flight path.

Khalid’s work with oud is part of her broader conceptual concern with parallels between historic European colonialism and the globalized economies of the contemporary Gulf. For the prints Blattpflanzen I, II (2015) she photographed two plates from a nineteenth-century German encyclopedia depicting tropical plants from around the world that had been brought together for study in a Berlin greenhouse. The plants appear to thrive in the artificial climate-controlled space. Displayed in Dubai, where most food is imported and the desert landscape blooms, thanks to desalinated seawater, the archival images suggest a kind of vegetal blueprint for how exotic flora has come to thrive in this arid, air-conditioned city.

Khalid’s series “Politics of Comfort” (2014–) addresses the fashion for “worldly” interiors in nineteenth-century Europe. The installation Turkish Corner (2014) includes an ornamental plant and a neat pile of upholstery panels, the latter precut for the low, flat cushions used for Ottoman-style seating. These objects are presented as raw materials for the interior decorating trend of the Oriental salon, where exotic Eastern objects—Persian carpets, Chinese lacquered furniture, and Japanese fans—would be displayed. Relegating these alien cultures to a specific room or corner ensured that they did not clash with the rest of the decor.

Even while making reference to a nineteenth- and twentieth-century Europe, the “Politics of Comfort” series gestures toward Dubai’s embrace of the very same strategies in the present, realized on a huge, urban scale. Cosmopolitanism in Dubai is predicated not on living with other cultures, per se, but in being readily able to consume them. Examples include the real estate megaproject Falcon City of Wonders, whose replicas of the Giza pyramids, Eiffel Tower, and Taj Mahal will be bigger than the originals. When the Mall of the World is completed this year, visitors will find environments replicating Oxford Street and Times Square staged under a massive glass dome. We might see it as a strange continuation of the colonial project in reverse, as if to say, all these things are not us, but now we have made them ours.

RESIDENTS OF DUBAI can feel as if they are treated in much the same way, and their experiences become the fulcrum of Vikram Divecha’s practice. Self-taught, with a background in advertising, Divecha was born in Beirut, grew up in Mumbai, and has lived in Dubai for the past decade. Like Khalid, he would never be considered anything but South Asian by UAE officials and denizens alike, which makes his wide participation in exhibitions typically reserved for Emirati or other Arab artists all the more momentous.  He fuses together pieces of the city’s infrastructure: tarmac, paving stones, wooden pallets. And he realizes his work in collaboration with members of Dubai’s vast imported migrant labor force. His works present a fascinating look into the materiality of the city, even as they risk reproducing the logic behind the exploitation of migrant workers.

Collaboration is central to Divecha’s practice. He employs gardeners, sweepers, masons, and other municipal workers (they earn a nominal fee) to produce his pieces. Importantly, however, the artist does not simply outsource. Divecha demarcates the conceptual frame for a piece, but most aesthetic decisions are left to the workers. Degenerative Disarrangement (2013), for example, grew out of the artist’s noticing scrambled patterns on city sidewalks after bricks once painted with yellow crosswalk diagonals were hastily rearranged following repairs.[pq]Cosmopolitanism in Dubai is predicated not on living with other cultures, per se, but in being readily able to consume them.[/pq]For a commissioned piece in the courtyard of a traditional home in one of Dubai’s historic districts, Divecha asked workers to lay similarly painted tiles to their liking, albeit working under the usual strict time constraints for such a job. The result is a beautifully glitchy permanent floor installation. For Negative heaps (of designated waste), 2015, meanwhile, tileworkers form precariously balanced sculptural piles from discarded underpass tiles. The highway murals for which the tiles were originally intended usually depict the most banal of nationalist imagery—sand dunes, palm trees, camels, the word “Dubai” in Arabic. Repurposed here, the tiles come to resemble a parallel city within the city, always on the brink of collapse.

Yet there is a danger of treating workers as the city’s overseers do—as raw material to be ferried about and used before being discarded. Power differentials are inescapable in Divecha’s practice, and his work always risks instrumentalizing his collaborators. Even more questionable is his depoliticized engagement with labor—there’s no call to improve manifestly unjust structural conditions. At the same time, there’s a quiet and admirably non-flashy resistance in the way the artist tries to reconnect workers with the creative side of their own labor, as in Shaping Resistance (2015), for which gardeners were asked to carve hedges in a public plaza in whatever patterns they desired. Divecha insists that the wall texts that accompany the display of his works name and acknowledge the workers as collaborators, even as he remains the artist and architect.

Notably, Divecha is able to access his collaborators as he does precisely because of his gender and Indian identity. Although his projects are born of extended engagement with Dubai’s bureaucratic apparatus, this position within the social hierarchy allows him to engage with his fellow desis—South Asian expats—who account for the majority of the city’s residents, in a way that few other artists are able, or willing, to do. In this, his practice makes visible not only Dubai’s marginalized workers but also the informal networks of South Asian solidarity that are usually invisible to people from other backgrounds. The effect is more tile grouting than golden tracery. But anything else would be gilding the lily.

How to Get Tickets to UFC International Fight Week 2022