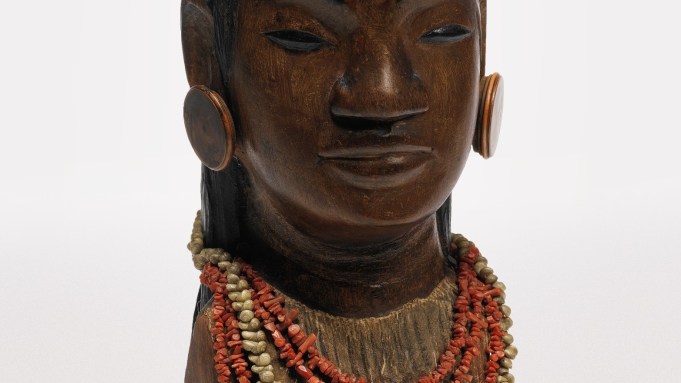 New York’s two-week spring auction blitz got off to a lackluster start last night at Sotheby’s, as a quarter of the artworks on offer during the Impressionist and Modern art sale failed to find buyers. The sale pulled in $170.5 million, towards the low end of a $159 million to $230 million pre-sale estimate. “This was not a memorable group of artworks,” said advisor Linda Silverman. “But given the lack of quality, they did O.K.”

The evening’s prize was a 1934 Picasso, Femmes Lisant (Deux Personages), which sold for $21.4 million to an unidentified Asian man on a cell phone, who bid from an aisle seat in the middle of the auction floor. The painting had been optimistically tagged at $25 million to $35 million. While the sale was timed to a popular show at Gagosian in New York, this painting does not rank among the finest of Marie-Thérèse Walter, the artist’s celebrated muse and mistress. A profusion of interlocking shapes and colors depict Walter and her sister glancing at a book, but the painting lacks the eroticism and force of related works.

Dealer Guy Wildenstein paid $5.4 million for Édouard Manet’s 1889 Portrait de Monsieur Brun, showing a man dressed in a top hat and a waistcoat. Wildenstein has recently been the target of French antifraud investigators in connection with allegations of money laundering, tax evasion and the possession of World War II war loot, according to news reports.

Other buyers included financier Wilbur Ross and wife Hilary, whose midtown lair is stocked with surrealist paintings. The couple snagged René Magritte’s spare and elegant blue-hued canvas, Quand L’Heure Sonnera (1932), for $6 million. The painting is dominated by a white plaster cast of a female torso and a hot air balloon.

Another strongly performing surrealist work was Paul Delvaux’s bawdy 6-foot-wide Les Cariatides from 1946, starring three topless maidens sprawled in a neoclassical landscape. The painting, estimated to sell for more than $3 million, fetched a record $9 million in a bidding contest between Russian phone bidders. The winner was Victoria Gelfand, a Gagosian Gallery representative known for her Russian contacts. The price established a new auction record for Delvaux, topping the previous record of $5.2 million.

A surrealist period panel painting by Picasso was also popular. The 1930 Femme, a veiled portrait of wife Olga, composes her head from bone-like forms. The work was estimated to fetch $3 million to $5 million, but a flurry of about four bidders drove up the price to $7.9 million, selling to an anonymous European buyer over the phone. Overall Picasso’s global appeal—spanning time periods and quality levels—bolstered the evening’s results. Four of the sale’s top ten most expensive lots were by the Spanish master.

Works failing to sell tended to be uncharacteristic of an artist’s oeuvre, extremely small or by obscure names. Sotheby’s took a gamble with an 1892 painting by George Morren, a skilled though little-known Belgian Post-Impressionist, whose works tend to sell at auction for a few thousand dollars, according to Artnet’s price tracking database.

Estimated to sell for a bullish $700,000 to $900,000, the painting was hailed as coming from an “important private collection.” This so-called “important collector” evidently had enough clout to bump an undeserving work to the high-profile evening sale. The painting failed to elicit a single bid.

Among the most popular lots of the evening was Alberto Giacometti’s 2-foot-tall bronze Femme Debout, tagged to fetch up to $3 million. It sold for $7.4 million. Competitors included dealer Larry Gagosian, who ultimately lost to an anonymous phone bidder, calling via a representative from Sotheby’s London office. The price was high, considering the piece has an unappealing head and awkward spacing between the legs.

In a reverse case, Paul Gauguin’s rare and magnificent carved bust of a young woman from 1893 failed to ignite buzz. Estimated to sell for $10 million to $15 million, the piece sold to a lone phone bidder for $11.3 million. While this surpassed the previous auction record for a Gauguin sculpture—just $1.5 million—the work’s quality and rarity suggested the price had potential to go much higher. One of just eight wooden sculptures the artist created on his first Tahitian sojourn, the bust has shell and coral necklaces thought to have been strung by Gauguin himself.

After the sale, dealers tried to explain the restrained bidding for the Gauguin. “It was a speculative estimate,” said London-based dealer Guy Jennings. “No one knew what it was worth. On the other hand, it was disappointing.” Others suggested the result had more to do with vagaries of art market trends. “Gauguin is out of fashion,” said private dealer Emmanuel Benador. “It’s quite unbelievable because he’s such a major artist.”

The auctions resume tonight at Christie’s in a sale estimated to fetch up to $232.3 million, including major works by Claude Monet and Pierre Bonnard.