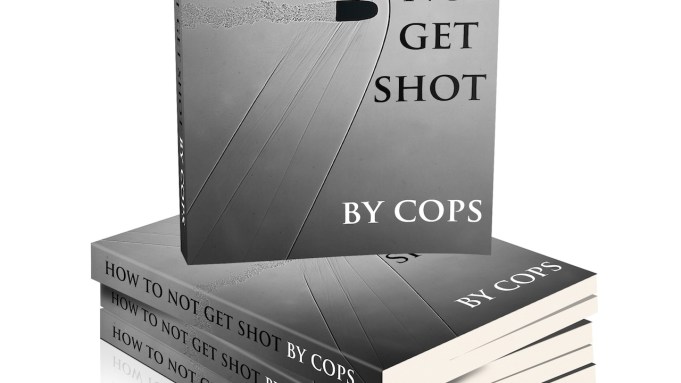 Protests are roiling the nation after a Missouri grand jury’s decision not to indict police officer Darren Wilson in the August shooting of Michael Brown, an unarmed black teenager, in the city of Ferguson, near St. Louis.

New York publisher Badlands Unlimited, founded by artist Paul Chan (winner of the 2014 Hugo Boss Prize), has articulated a response to the decision that rivals the satirical newspaper The Onion. Badlands has produced several mock book covers give voice to the widespread sarcasm and outrage in responses to the decision. The publishing house gave A.i.A. an advance look at the covers, which we present here.

Chan has produced timely parodies before, such as a downloadable poster with a television announcer in front of a map of the U.S. festooned with the word “occupy,” captioned “weatherman sez.” His “People’s Guide to the Republican Convention,” produced in 2004, offered a map of New York indicating not only public toilets but also the addresses of corporate donors to the Republican party and the locations of hotels where delegates were lodging.

Tiffany Just Unveiled a $40,000 Car-Shaped Clock Inspired by the Vintage Racers of the 1950s