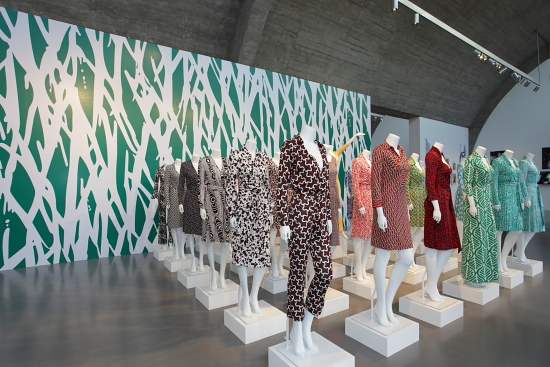 Probably the most spectacular gallery show of the spring season in Beijing was “Tracing the Milky Way” at Tang Contemporary Art in the 798 art district. Featuring large-scale works by six major Chinese figures, the exhibition was curated by Ullens Center for Contemporary Art director Jérôme Sans, who previously co-directed the Palais de Tokyo in Paris. His selection brought some much-needed curatorial gravitas to 798, a cultural enclave famed, a decade ago, for its immense former-industrial spaces and feisty avant-garde spirit but today grown rather tatty and kitsch-laden, as boutiques, cafes and tourist-art emporiums increasingly outnumber serious galleries.

One of the district’s more high-minded venues, Tang Contemporary used an auspicious occasion to examine the dark side of the PRC’s new power and wealth. The Chinese-owned firm was founded in Bangkok in 2002 and opened branches in Beijing in 2006 and Hong Kong in 2007. After a six-month renovation, the Beijing facility, headed by Zheng Lin, reopened in March with 11,000 square feet, approximately 7,700 in exhibition space (up from 5,500) and a new entrance, redirected to face across the street toward Pace Beijing.

Dominating the ground-floor gallery was Huang Yong Ping’s full-size railroad car (modeled after a high-ranking Communist Party official’s private conveyance) with a gigantic artificial fish head added to the front, itself festooned with the taxidermied heads of various mammals. With its 1970s interior and trophy-bearing front end, the 66-foot-long work offers a darkly humorous take on the concept of Head of State. The era’s bleak political turmoil would have passed outside the curtained windows while the CPC leader traveled in luxury through the Chinese countryside.

Trains, synonymous with industrial power, are an irresistible metaphor for headlong social transition among Chinese artists, who have plenty of gallery space to install them and who never hesitate to borrow ideas from one another. Witness Qiu Anxiong’s multiple carriages, their windows converted to video screens, displayed at Universal Studios Beijing (now Boers-Li) in 2007; Jing Shijian’s rusted Cultural Revolution-era locomotive and cars, included in the Shanghai Biennale in 2008; and Zhang Huan’s salvaged train wreck from the Sichuan earthquake zone, shown in the great hall of the Ullens Center in 2010.

Titanic change has its victims. Near Huang’s monumental fish-train at Tang stood, in ironic contrast, Wang Du’s adult tricycle stacked 23 feet high with cartons of Coca-Cola-evoking a still common transport method for small shopkeepers in China, here absurdly overwhelmed by foreign goods. Still grimmer messages could be read in Yang Jiechang’s video of a man shooting arrows directly at the viewer and Yan Pei-Ming’s brushy, black-and-white painting of the Great Wall littered with human skulls. Shen Yuan filled a smaller gallery with her installation of school-desk-size work stations for child laborers. Set on the floor and attached at disorienting angles to the walls were a score of little chairs and tables, each with an attached treadle for weaving together strings of firecrackers.

Equally poignant, in the upstairs galleries, sat two reconstituted installations by the late Chen Zhen, the self-exiled experimental artist who died in Paris in 2000 at the age of 45. One comprised wall-mounted photos and take-away posters (a device also used about the same time by Félix González-Torres) depicting immigrant life. The other work juxtaposed Plexiglas, etched with alarming headlines, with burnt bundles of newspapers. Assistant gallery director Yang Sheng Nien told me that the Chen Zhen pieces were installed by migrant workers (exactly the kind of people this art commemorates), who risked their own health and the safety of the gallery by firing the paper bundles onsite, inside the renovated building. Thus, apparently, are inequitable social systems internalized and perpetuated by those they exploit.

In striking contrast to Tang, several foreign galleries in 798 went up-market with their spring shows. A Lucian Freud nude portrait (David and Eli, 2003-04) and 10 studio photos by Freud’s assistant David Dawson (who posed for the painting with his dog) are on view through Aug. 14 at Faurschou. Diane von Furstenberg trappings were recently displayed at Pace, in a show that co-opted several Chinese artists into producing “tributes” to the fashion maven, much in the manner of the Ullens Center’s shameless Dior exhibition of 2008.

As if to say that the only thing one can now do is laugh at such travesties, Yang Gallery mounted a large survey of works by the Luo Brothers. The three artists create deliberately garish paintings and sculptures–fat-cheeked Chinese babies (traditional emblems of prosperity) cavorting over a giant, double-stacked cheeseburger, etc. These “localized” marketing parodies at once celebrate and lament the onslaught of global consumer culture.

Long March Space, a bastion of social critique in 798, currently offers new works by Madein Company (as in “made in China”), the “corporation” of art-producing assistants directed by notorious prankster Xu Zhen. On view through June 19, “Physique of Consciousness” includes live demonstrations of disciplined movement exercises purportedly healthful for mind and body alike, along with such high culture-mocking works as a “modern design” rug emblazoned with a huge swastika, a version of the Raft of the Medusa with a touristic photo-flash painted in one corner, and a tightly cropped copy of Vermeer’s Girl with a Pearl Earring hung horizontally, as though the young woman had posed lying complaisantly on her back.

As this little gallery stroll indicates, the hand-and-glove relationship between money and culture tends to be blithely explicit in China. The theme may be vigorously satirized by artists like Xu Zhen, but in daily practice no one bats an eye at crossovers between museums, galleries and businesses. To say “curator” or “critic” in the PRC is usually to mean also “art investment advisor”–if not, indeed, “private dealer.” How much does this really differ from practice in the West these days? . . . You tell me.

The first part of this report, featuring the region’s museums, appeared in late April.