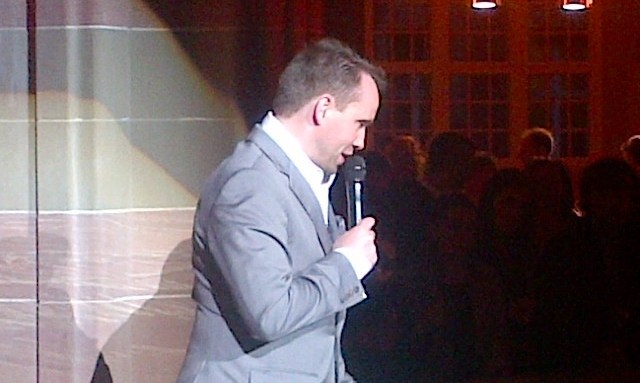 Squeezed between Art Cologne, Art Brussels and Frieze New York, Berlin Gallery Weekend got off to a bright start last week. With 51 participating galleries, this year’s eighth edition was the biggest ever and for the first time included a handful of younger galleries who were invited at a reduced participation fee. Coinciding with this year’s seventh Berlin Biennale, the extended opening rung in the German summer with temperatures in the mid-eighties. As Rachel Pownall of Maastricht University argued at this year’s TEFAF, “Sunshine significantly influences art buying behavior.” She claimed auctions take in 3% more on sunny days.

But would this hold true in Berlin? Circus, one of the lucky few galleries to be offered a first-timer spot by the selection committee, reported the early sale of an abstract painting by Varda Caivano for $25,000 and noted strong interest in all three of the paintings on view by the Argentine artist.

Artists tend to stay away from traditional fair openings, but for this “city-wide art fair” (as it was dubbed by one dealer), many of the artists with presentations at their respective galleries showed up for Thursday’s official opening reception, held across the street from the Kunst-Werke. Alfredo Jaar, who opened a solo show at Galerie Thomas Schulte, was too shy to pose for A.i.A. at the reception, but collectors Frederic de Goldschmidt, Florence Pucci and Samir Sabet obliged. Andreas Slominski, who began setting up his large-scale sculpture Walls at the weekend in the nearby Villa Schöningen art space, was spotted; so was New York artist Nicole Cohen, who curated a show at Kunsthalle Weisensee. Angelika Taschen and MoMA’s Klaus Biesenbach started their tour at Kunst-Werke and the opening of the Berlin Biennale. Next there was a party at Christian Jankowski’s studio, which he shares with his partner Jorinde Voigt,  and which went until the wee hours of the morning.

Friday night, the art train weaved its way from one opening to the next. Much talked about, though not on the official Gallery Weekend Berlin trail, was the stunning Paul Thek and Luc Tuymans double-bill at Galerie Isabella Czarnowska. Only three of Tuymans’ works were available—two rather abstract paintings and a work on paper. The exhibition of delicate works by Irish artist Brian O’Doherty, best known for his string sculptures and the 1976 essay “Inside the White Cube,” was a highlight at another non-Gallery Weekend participant, Galerie Thomas Fischer. Thomas Zipp’s installation at Galerie Guido W. Baudach surprised with four plain huts, their mirrored interiors with endless vistas for visitors hidden behind unassuming facades. A highlight was Alexander Gutke’s poetic 16-mm film Auto-scope (2012), which takes the viewer on a looped trip through the projector. Blockbusters abounded: Julian Schnabel at Contemporary Fine Arts, Zaha Hadid at Galerie Buchmann, Richard Long at Konrad Fischer, Matt Mullican at Klosterfelde and a stunning Katharina Grosse installation at Johann König.

On Saturday a 1300-strong VIP dinner took place at the Amtsgericht Berlin-Mitte, a courthouse with a winding staircases. Art Cologne’s director Daniel Hug was in a talkative mood and sang the Weekend’s praises, and talked up the next edition of his art fair, which is in 12 months’ time.