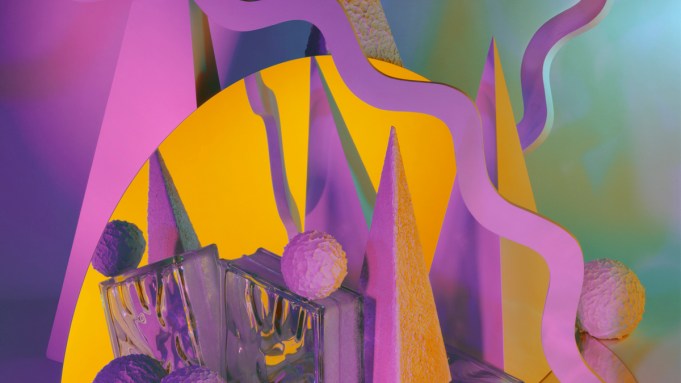 Jessica Stockholder is a Chicago-based artist and chair of the art department at the University of Chicago. Her work is currently on view in two Chicago locations—a solo exhibition at Kavi Gupta (through Jan. 16) and an installation in the lobby of the Smart Museum of Art (through July 2). In 2016 she will have a show at Mitchell-Innes & Nash in New York.

Stockholder recently spoke with A.i.A. about the best institutional exhibitions in the Windy City in 2015.

Charles Ray, at the Art Institute of Chicago

This was a really great show of Charles Ray’s more recent work, made between 1997 and 2014. Whether you like the work or not, it was an ideal way to see it. The exhibition was the first time that the interior gallery walls of the Modern Wing were taken down, so it was also a great moment to experience the architecture of the Art Institute. I am really taken with the surface of Ray’s sculptures; they move from being hyperreal and detailed to slipping into a kind of animated cartoon surface. And the scale shifts in his world are wonderful—moving between life-size, bigger than life-size and smaller than life-size—which underlines the fact that the sculptures are not real people, but in fact just lumps of stuff.

I love his work, but it can also be irritating. There are questions about power and money in relationship to how the work is produced that are inescapable, like his work Dog that is made from solid silver. As you’re asking about a standout work, I’m thinking about the one with the child sitting on the ground playing (The New Beetle) and also Huck and Jim, which has been controversial. I spend a lot of time thinking about Hinoki: the work owned by the Art Institute that replicates a tree trunk that was carved in Japan. I live here and I often come back to it. But, to tell you the truth, there isn’t one work that shines for me; I find a lot of meaning in the relationship between the works.

Kathryn Andrews, at the Museum of Contemporary Art (MCA) Chicago

This was my first encounter with her work. Leaving the show I didn’t know if I liked it or not. It doesn’t look like anybody else’s art to me. The work is kind of frightening in its resonance with the fact that corporations have been deemed to be persons under our law. Her surfaces are very corporate, and of course hers is the work of a person; for me it echoes that particular corporate quality of the world we live in now. The relationship between corporations and presidential politics are directly referenced in this show that is titled “Run for President.“

Irena Haiduk, at the Renaissance Society

That was a really stunning show. At the entrance to the Renaissance Society there was a foyer waiting room that Irena manufactured. She requested that her visitors wait and enter the installation as a recorded audio track began. Walking into the cavernous gallery space you first experienced a chaos of sound echoing. High on the back wall there were mannequins posed as sirens. The focus of the piece was the audio conversation between two parties, which became audible from any of the four corners. It was a reenacted dialogue between Irena and SrÄ?a PopoviÄ?, the leader of a student group in Serbia that deposed Slobodan MiloševiÄ?, and is presently the executive director of the Centre for Applied Nonviolent Acton and Strategies (CANVAS). The dialogue was staged in the voices of Siri: one part was the voice of Siri here in North America and the other was the voice of Siri in Asia. The artist hired those two voice actors to read the parts. Halfway through the voices changed characters, which was easy to miss. The dialogue was startling and discussed surprising overlaps between the work of these two very different activities, politics and art. Some of it was about waiting and hope, resonant with the experience of being in the waiting room.

Oppenheimer, my colleague at the University of Chicago, had a show at the Block—”Big Boss and the Ecstasy of Pressures”—that just closed. The show was in two parts, including a big sculpture upstairs (Civil/Evil) with steel elements, cinderblock walls, a photo and a print taken from the Hubble space telescope. The experience was very physical—spare and ominous. I like the way the sterile surface of this work rests on the very physical built environment, and references the history of the museum building.

Downstairs was a video installation (DRAMA) with several different screens presenting an odd, sterile, very digital and formal interaction between two men. Violence lingers just under the surface, but there’s nothing bloody or scary in the work. The violence seems laced to vulnerability. The video piece resonates with office work environments, the sculpture with public space, media and architecture. There’s a thread running throughout that explores masculinity as it is embedded in culture, and with care.

Varda Caivano, at the Renaissance Society

Caivano’s work was brand new to me, and I found this to be kind of a difficult exhibition. I didn’t think, “Oh my god, such beautiful work,” but it has staying power. It is abstract painting without any overt subject matter, though very unlike Abstract Expressionism in the ’50. It is very particular to this moment. The paintings are evidently the work of a hand; it seems that there is some kind of convoluted mediation exerted by intellectual life over the direct expression of the hand and the body. The work seems awkward to me in a way that’s compelling. I’m aware, looking at the paintings, that they’re in response to a world of image and experience that’s produced by technology, but the paintings themselves aren’t produced that way.

Barbara Kasten, at the Graham Foundation

I first saw Kasten’s work some years ago in New York at Bortolami. This particular show, which traveled from the ICA Philadelphia, presents work from the ‘70s to now. This is a beautiful and consistent body of work in which Kasten explores the relationship between light and materiality. The photos are made in response to staged objects. In the end the photographs transcend the objects they depict, creating a kind of fantasy space—a fictive thing painted with light and quite distinct from the props that give rise to the picture. This experience is resonant with my own work; I love that space between what a thing actually is and what its surface evokes.

Kerstin Brätsch, at the Arts Club of Chicago

Looking at younger artists, like Varda Caivano and Kerstin Brätsch, I see that their work has something in common that is new to my generation. There’s an effort to value the evidence of the hand and the handmade thing, while also acknowledging the way in which the making of things with hands has such a complex, alienated place in our culture. People who are paid so little are the ones who make most of the goods we purchase. So much is produced elsewhere, and machines and digital process are evident in everything around us. Handmade things tend to be so expensive that only a small part of the population can afford them. And yet making things with hands is such an essential part of being human. For me, Kerstin’s work, like Varda’s, is full of awareness and care for human making. Her show included stained-glass windows and fabrics draped over some sculptural elements that edged toward being cheesy, evoking a welcome discomfort. Some of the paintings were made by catching oil on water, resulting in a kind of psychedelic and slightly kitsch quality that feels deliberate—they’re very much their own thing.

“The Freedom Principle: Experiments in Music and Art, 1965 to Now,” at the MCA Chicago

This show overlapped with EXPO Chicago this past fall; it was a great show to share with visitors, full of Chicago’s great music history seen through the lens of visual culture. The Association for the Advancement of Creative Musicians (AACM) was a renowned group of Chicago musicians originating in the 1960s linked to questions of freedom in African-American life. I really appreciated some of the musical notation, especially that of Wadada Leo Smith, whose work was shown at the Renaissance Society this year too. There were also installations with musical instruments and performances, both live and on video. My colleague Catherine Sullivan worked together with Sean Griffin, Charles Gaines and George Lewis to produce an ambitious opera that was performed in the MCA Theater and gave rise to a video work included in the show. I went back a couple times because there was more to look at then could be absorbed all at once. It was a show full of feeling for the extraordinary African-American history here in Chicago, and it made clear that the energy of that history is still blasting full steam ahead today.

-As told to Wendy Vogel