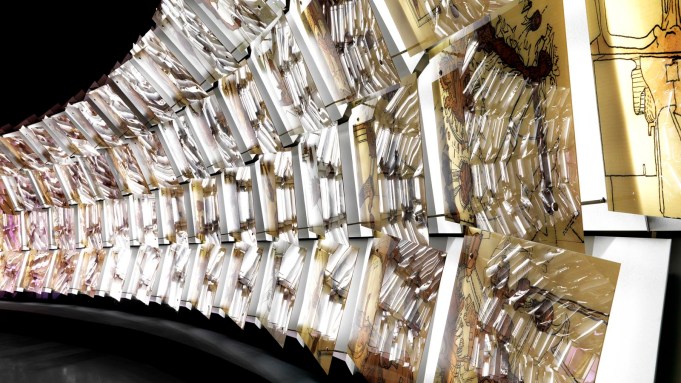 Architecture is currently in the midst of a grand crisis—or so says one of the field’s top practitioners, Rem Koolhaas, the curator of the 2014 Venice Architecture Biennale. During a press conference for the opening of the biennial (through Nov. 23), he described the event as being intended to question “the homogenizing process of globalization.”

The Biennale’s 14th edition hosts nearly 70 countries in a variety of venues, including the Giardini, the park in which the permanent national pavilions stand, and the Arsenale, the city’s old military fort. Together they encompass the Koolhaas exhibition, titled  “Fundamentals,” whose theme is “Absorbing Modernity 1914-2014.” Koolhaas aims to “self-critically . . . look at architecture itself.”

It’s not just Koolhaas who is voicing the sentiment that architecture is in a bad place. As Edwin Heathcote, architect, author and lead architecture and design critic for the Financial Times, puts it, the main issue facing the field today is that “architects have been enfeebled. . . . They work for contractors, way down the construction food chain, and have been complicit in their own decline.” In the midst of architecture’s self-analytical moment, played out in the same venues as Venice’s splashier art Biennale, it’s worth noting that there are a slew of independent art shows that chime in on the state of affairs in architecture. There’s ample opportunity for the art exhibitions to experiment with ideas, just as Koolhaas would encourage.

As Design Museum London director and architecture critic Deyan Sudjic wrote in his 2005 book The Edifice Complex: How the Rich and Powerful Shape the World, “Perhaps that is why architects are now so keen to pose as artists, liberating themselves from the alibi of function.” Taking it one step further than mere posing, Polish architect Daniel Libeskind holds court in the Venice Pavilion, in the Giardini, with a drawing project titled Sonnets of Babylon, 2011. “It’s really meant as a meditation,” said Libeskind, who told A.i.A. that the 101 never-before-exhibited drawings, mounted screen-prints on illuminated Czech glass, are “the foundations of architecture. It’s really about the exploration of architecture in drawing, which to me is the foundation of art.”

Though Libeskind may have taken a different approach than his peers in the national pavilions, two exhibitions stand out as taking on Koolhaas’s call for a critical take on architecture. There’s “Glass Tea House Mondrian,” a project by Hiroshi Sugimoto at La Stanze del Vetro, on the island of San Giorgio Maggiore, and “Genius Loci (Spirit of Place),” mounted by London’s Lisson Gallery; both are on view through the end of the Biennale.

Sugimoto has constructed what he calls an architecture project—but, he told A.i.A. in an interview, “at the same time, it’s land art.” Nestled within lush gardens is his box dwelling, where a glass cube is situated atop an azure-tiled reflecting pool. Sugimoto, who had never worked in glass before, told A.i.A., he had “no intention of being an architect. I am an artist. The big difference between art and architecture is that architecture has to have a function.” Of the project, he said, “To me, it’s a continuous sense based on the same intuition sense. Art and architecture are originally together, the same kind of current.”

In remarks at the Lisson opening, the gallery’s founder, Nicholas Logsdail, offered a rationale, saying, “Architecture and art should understand each other.” The gallery’s presentation in the lavish Palazzo Franchetti draws on Lisson’s stable, including Daniel Buren, Richard Long, Shirazeh Houshiary, Tatsuo Miyajima and Julian Opie, in an attempt to, as Logsdail said to the dinner party crowd, “bridge the two disciplines in a context that the architecture world can understand.” Sculptor Richard Wentworth also expresses a desire for the freedom to experiment across disciplinary lines. As he exclaimed to A.i.A. over Lisson Gallery’s opening dinner, “My work IS about architecture.” The show pivots on the notion that, as Greg Hilty, Lisson curatorial director and the show’s organizer, told A.i.A., “Genius Loci is not essentialist. The good thing about art is that it can take different approaches.”

For one example, there’s Santiago Sierra’s black-and-white photograph World’s Largest Graffiti (2012), a polemic reinterpretation of the tradition of land art in which “S.O.S.” is engraved in dirt surrounding the Samara Refugee Camp in Algeria. In another room, Spencer Finch’s lightbulb-constellation ceiling installation Night Sky, Over the Painted Desert, Arizona, 1/9/04 (2004), as Hilty explained, “is about capturing the essence of a place and transporting it—it’s more a metaphor, of the different ways of articulating presence.” Anish Kapoor offers a model for a yet-unrealized covered garden, which “is all about the imagination of space and place,” said Hilty. “Genius Loci” also includes rare paintings by Richard Long, glass spirals by Houshiary, electrode sequences by Miyajima and Opie’s famous walking figures.

Ai Weiwei’s works serve as the show’s centerpiece. Forever (2014) hulks in the gardens overlooking the Academia bridge, an engineering feat of nearly 1,600 modularly stacked, conjoined bicycles. Ai’s second piece, Tree, made of the titular material reconfigured to its natural form and weighing nearly a ton, took almost three full days for a crew of burly men, including Adriano Berengo, founder of Berengo Studio and exhibition co-organizer, to move into the exhibition space. In its scale and ambition, it suggests yet another crossover between art and architecture.

DL1961 Conjures a Denim Paradise in London With ‘Indigo’ Exhibition

Bobby Brown Delves Into the Origins of New Jack Swing, ‘My Prerogative’ in New Doc Clip