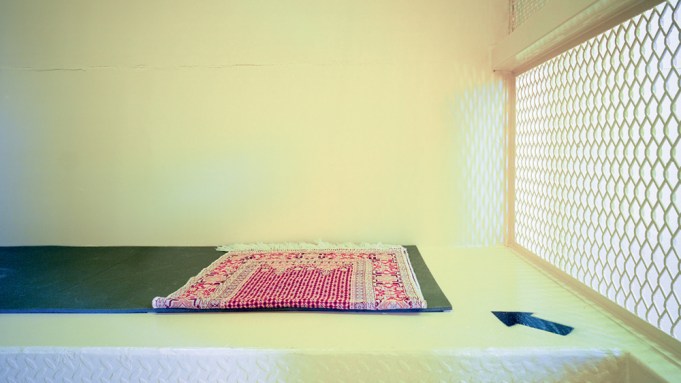 In December 2003, Macedonian police detained an unemployed German car salesman named Khaled el-Masri as he entered the country for vacation. They held him in a hotel room for twenty-three days, interrogating him about terrorism. Then he was blindfolded and shackled, injected with drugs, and put on a plane. When he came to, he was in a dark concrete cell and the air outside felt warmer than it had in Eastern Europe. He eventually learned that he was in Afghanistan, in the Salt Pit—a former brick factory northwest of Kabul that had been converted into a secret prison. The CIA took custody of el-Masri because his name was nearly identical to that of an Al Qaeda operative. After five months of brutal interrogations, his captors realized their mistake, put him back on a plane—blindfolded and shackled—and flew him to Albania. They left him on a rural road near the border.1

After 9/11, the Bush Administration set up a network of sites around the world to hold suspected terrorists outside the protection of US law. Some were kept secret, like the Salt Pit, while others quickly became infamous, like Guantánamo Bay. The CIA created a system to snatch terror suspects and transport them to these prisons, a process called extraordinary rendition. Two recent photobooks offer an aesthetic record of this extrajudicial apparatus. Debi Cornwall’s Welcome to Camp America: Inside Guantánamo Bay focuses on that detention center, while Edmund Clark and Crofton Black’s Negative Publicity: Artefacts of Extraordinary Rendition focuses on the now-defunct network of CIA secret prisons known as “black sites.”

Welcome to Camp America operates by way of delicate juxtaposition. The cover photograph depicts an off-white recliner in an empty room. It looks like an ordinary room, until you notice the ankle shackle at the bottom of the frame. Cornwall, who worked as a wrongful conviction lawyer for twelve years before becoming a photographer, brings an evidentiary eye to her images. After undergoing rigorous security screenings, she was able to visit Guantánamo three times in 2014–15. The photos she took there were featured in an exhibition that traveled around the world, and the identically titled book builds on that show, examining Guantánamo as a crucible of the War on Terror. Essays by Moazzam Begg about his experience in Guantánamo and by Fred Ritchin on the social role of war photography anchor the book’s surreal images in the realities of America’s war on terrorism.

Inside Welcome to Camp America, color spreads depict the Guantánamo Bay Naval Station and the detention camps it houses. Photos of the prison buildings show few figures, in part because those were the rules the military set down for Cornwall’s visit: no images of detainees, no full or partial images of staff members’ faces. All images were subject to security review.

Still, Cornwall was able capture a sense of the material life of Guantánamo, for both detainees and the soldiers guarding them. She dwells on the spaces of detention—a row of cell doors, an exercise pen, a force-feeding station—and the places of leisure that exist in proximity: supermarkets, a McDonald’s, swimming pools, and a bowling alley. The latter images could be from Fort Lauderdale or some other sun-bleached American beach town. In one photo, a faded red sign over a row of lounge chairs reads: in case of emergency call 911. Other images depict trinkets that visitors can buy in the Guantánamo gift shop—a coffee mug, a Fidel Castro bobblehead, i heart gitmo lip balm. Outside the detention center, normalcy prevails.

Interspersed among the color images are white pages with tiny fragments of text from an unidentified detainee affidavit, in English on the left page and Arabic on the right. Many of the texts are heavily redacted. One page features a numbered list with each entry blacked out. In the unredacted segments, the affiant describes brutal cell extractions, enhanced interrogation techniques, and, perhaps most disturbing, the cries of fear and pain from unseen detainees in the cells around him.

Alongside those personal accounts are declassified documents that describe interrogation techniques such as sleep deprivation, forced nudity, diet manipulation, and physical assault. These documents are written in an unsettling bureaucratic doublespeak. Forms of assault, such as the “insult slap,” “facial hold,” and “abdominal slap” are described as “physical interactions between the interrogator and detainee.” Torture methods are called “counter-resistance strategies.”

Guantánamo, however, was just one node in a sinister network. Many of the detainees at the notorious detention center first passed through black sites. These prisons have been discovered in Libya, Poland, Lithuania, Thailand, and Afghanistan.

In Negative Publicity, Clark and Black study the physical traces of this archipelago of detention centers to determine how it operated. A photographer, Clark has been documenting the War on Terror for ten years. His recent solo survey at the International Center of Photography in New York included material from the book and other related work.2 Black is an investigative journalist and counterterrorism researcher who has gathered evidence for lawsuits filed on behalf of detainees.

The two collaborators mix visual representation and forensics. Archival cardboard covers and a spiral binding give Negative Publicity the feel of a jumbled case file. Clark and Black focus mainly on the aviation subcontractors who shuttled terrorism suspects. This posed not only an investigative challenge but also one of aesthetic representation. Where Cornwall was given access (albeit restricted) to Guantánamo, Clark and Black had none to the black sites and had to work around the edges of this hidden system to make it visible. To do so, Clark traveled to various sites the pair uncovered, taking large-format photographs of the bland-looking buildings that house aviation companies used for renditions, or the suburban homes of the pilots who flew the planes. He also depicts the small airports the planes used, the houses of those who had been rendered, or in some cases the black sites themselves, if he could get close enough. These last photos show innocuous business parks and empty fields.

Mixed in with these photographs are pages of ephemeral evidence. Most is culled from public records: lawsuits, human rights investigations, government inquiries, and declassified documents. Incredibly, a substantial portion of the material stems from a 2011 lawsuit in upstate New York between two small aviation companies that had been hired to fly rendition flights. The suit was over an unpaid bill, but the evidence presented in the case revealed shocking details about the scope and global reach of the CIA’s program. Extracts of logbooks and flight records from these companies detail their destinations, while invoices show the costs. The information doesn’t cohere into a narrative per se but portrays a vast conspiracy, cloaked in the paraphernalia of bureaucracy. “This is the banal complicity of today’s global war,” Clark writes in his introduction, “the everyday absurdity and dread of Kafka’s world made real.”

Just over fifteen years ago the first detainees started to arrive at Guantánamo. Since then the camp has held 780 prisoners, many of them with spurious links to terrorism. Amnesty International estimates that hundreds more passed through CIA black sites around the world. On January 22, 2009, President Obama signed an executive order shuttering the CIA’s network of black sites and prohibiting counterterrorism agents from using torture. But Obama never fully repudiated extraordinary renditions, and he was never able to close Guantánamo. As of April 2018, the base holds forty-one detainees. In 2005, Khaled el-Masri sued CIA director George Tenet and the aviation companies that had transported him to Afghanistan. The US government asserted that the lawsuit would violate state secrets, and it was thrown out.

Within the United States, the War on Terror is an abstraction. The Bush years feel like ancient history, and it is easy to forget these extrajudicial sites and the darkness they represent. Welcome to Camp America and Negative Publicity serve as an archaeology of those bleak spaces. They are a reminder that the War on Terror opened an abyss at the edges of American geopolitical power, and that people are still lost inside.