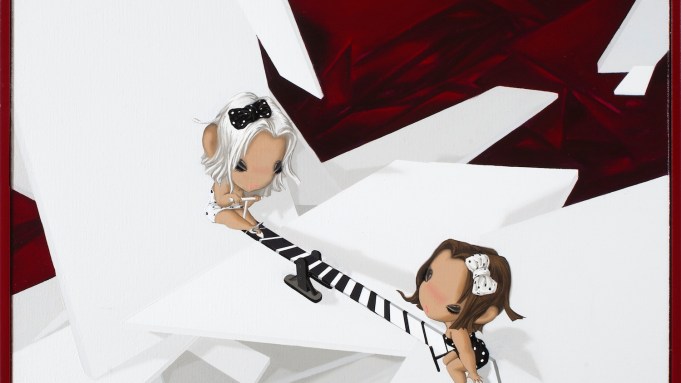 Who’s next in China? Ever since the country’s first wave of avant-garde artists hit the international scene so forcefully in the early 2000s, that question has been on the mind of critics, curators, dealers and—above all—collectors both in the West and within the People’s Republic itself.

Now the Central Academy of Fine Arts in Beijing, China’s premier art school and the alma mater of perhaps 80 percent of the experimental Chinese artists who go on to have major careers, has decided to tell the world where to place its critical and financial bets.

On Aug. 8, the academy’s museum launched “CAFAM Future,” a massive survey exhibition of Chinese artists under the age of 35. The participants, who hail from Taiwan and Hong Kong as well as (overwhelmingly) the Chinese mainland, represent a variety of schools and backgrounds.

The selection process was two-stage. Eighty global “experts” (myself included) nominated 300 candidates, and the seven-member curatorial team then made the final choice of 95 artists and 200 works.

Chen Zhe offers the most riveting photographic images: color and black-and-white shots of her habitual self-mutilation.

Video is at its strongest when portraying absurd performances with serious socio-critical points. In Nature No. 3, Li Ming, dressed entirely in black, attempts to spray-paint himself white while standing in a corner in front of a large electric fan. The result is closer to near-suicide through inhalation of toxic fumes than it is to outward self-transformation. In Rotten, Fang Lu subjects herself to an unsmiling fashion stylist who elaborately adorns her head with vegetables, chicken parts and dead fish.

But for all their earnestness, students in China still routinely ask the same three questions: “How does Chinese art compare to work in the West?” “What can we do to make it better (meaning both esthetically stronger and more successful in the international marketplace)?” “How can we make our art global without sacrificing its distinct Chinese character?” Such queries, though heart-felt, are not exactly disinterested in a purely academic sense.

Meanwhile, there can be little doubt that visiting dealers will regard “CAFAM Future” as a scouting expedition for pre-validated names, while collectors will use the show and its catalogue (which conveniently gives a website or e-mail address for each artist) as handy shopping guides.

In short, the underlying and often somewhat disguised realities of the Western art world, are now-once again-writ large and clear in China.

“CAFAM Future” remains on view through Sept. 6 at the Central Academy of Fine Arts Museum, Beijing.