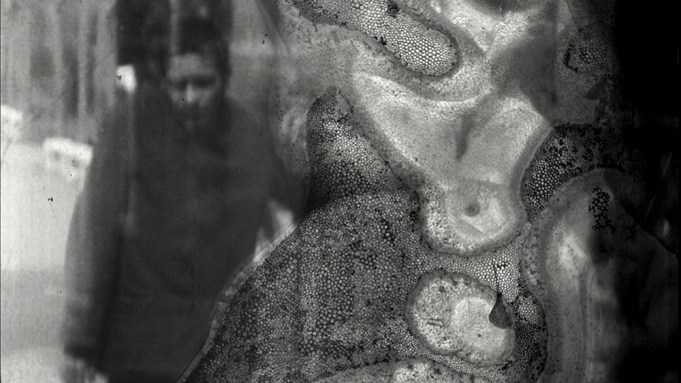 To look at an image is to see a ghost. An image is a shadow of a thing that’s no longer there. Few filmmakers understand this as deeply as Catalan filmmaker José Luis Guerín, who is the subject of an almost comprehensive retrospective at Anthology Film Archives in downtown New York through September 1. The body of work he has created over the last thirty-six years is little known in the United States outside of the festival circuit, but it constitutes one of cinema’s most prolonged and interesting engagements with questions of understanding reality through moving images, an attempt at realizing what he calls, paraphrasing filmmaker Roberto Rossellini, “the plus of truth.”

Guerín’s approach to the problem has changed over time. His lack of a consistent authorial vision could be one reason why he is not better known. His films range in genre from observational documentaries to personal essays to narrative fictions, and no one of them looks quite like another. Yet for all its formal variety, his work is united by an obsession with the burden of history and memory—the ghosts that linger in every image. Innisfree (1990), Guerín’s third feature, is set in the eponymous fictional town, the setting of John Ford’s nostalgic romance The Quiet Man (1952), starring John Wayne as an American who comes to Ireland to bid on land his family left behind, falling in love with a local woman, played by Maureen O’Hara, in the process. When Guerín travels to the site where Ford’s film was shot, he finds a simulacrum of the film rather than a real place that it might have been rooted in. The people who live in the village of Cong, County Mayo, where Ford filmed many of the scenes for The Quiet Man, wear clothes, tell stories, and sing songs based on the film that defined perceptions of their home. The fictional place has overtaken the real one.

Train of Shadows (1997), Guerín’s next feature, further obscured the real. It claims to be a documentary about the amateur filmmaker Gérard Fleury. A mysterious intertitle at the film’s beginning says the following footage comes from home movies the director left behind when he disappeared in 1930, previously thought to have been destroyed but now restored. Fleury’s silent scenes appear in different states of deterioration; Guerín’s assemblage appears to seek out a story, highlighting brief encounters and missed details. But in the second half, hints emerge that the premise is a ruse. We see color versions of the same sequences.  There was no footage by Fleury, a person who never even existed. We’ve been watching a series of carefully staged scenes with actors, on film stock treated to imitate signs of damage.  Guerín’s clever deception conveys the passage of time and the desire for an irrevocably lost past.

Both Innisfree and Train of Shadows are nimble experiments, more like etudes than fully realized paintings. But Guerín would assuredly move down a new path with the observational documentary Work in Progress (2001). While Train of Shadows is hermetic and insular, Work in Progress is both public and engaged. Guerín embedded himself in Barcelona’s Barrio Chino district during the building of a luxury apartment complex, reportedly spending a year in the neighborhood talking to residents and listening to their stories before he started filming. The footage he finally shot shows not only the large construction machinery that cuts through the frame and obscures most open spaces as it builds the neighborhood’s future, but the past that is revealed as the excavators dig up a burial ground. Onlookers take pictures and debate the artifacts of a literally unearthed history. The past is never dead; it bursts back into life in unexpected ways.

Guerín’s latest film, The Academy of Muses (2015) starts with footage of a philology lecture at the University of Barcelona. But it gradually unravels at the seams. The camera starts to track conversations outside the classroom. Some continue the subject matter of the lecture, but others spiral into fictional rumors about the professor’s inappropriate relationships with his students. The shift doesn’t have a clear turning point. Documentary merges with fiction, and it’s difficult to untangle the two. The muses of Classical poetry discussed in the lecture, who passively inspire, find their antithesis in the female students, who constantly question the teacher and his motives. The past collides with the present, eliminating certitude of the borders between art and life.