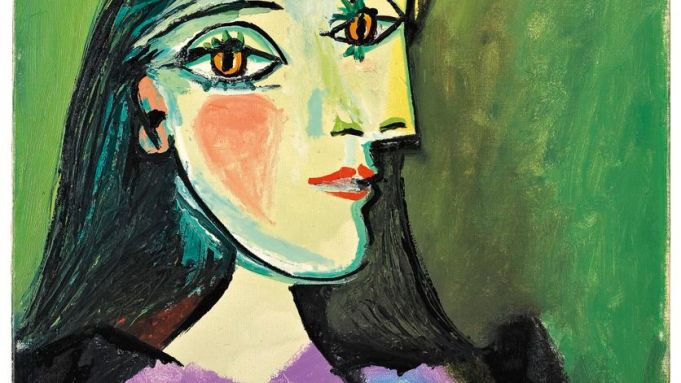 Christie’s New York’s sale of Impressionist and modern artworks last night brought in a relatively modest $204.8 million the night after the presidential election. With 30 percent of works failing to find buyers, the mood was in contrast to the robust atmosphere at the spring New York sales.

“There were far too many works that belong in a day sale,” said Frances Beatty Adler, of New York’s Richard L. Feigen & Co., on the phone with A.i.A. “The sale included too many lesser items that the evening audience doesn’t think they should have to sit through.” Against a backdrop of Sandy’s aftermath and a tanking stock market, buyers were hesitant.

Nicholas Maclean, of Eykyn Maclean, based in New York and London, agreed that a short supply of top-quality works caused the night’s middling results.

“The paucity of good material can lead to houses taking things from sellers that they wouldn’t normally take. But it’s not that the market is weakening,” Maclean told A.i.A. by phone. “And the dip in the stock market, if anything, might have driven people to art because it seems like an even better investment.”

The top-selling lot was Claude Monet’s Nymphéas (1905), which sold for $43.8 million,  within the expected range of $30 to $50 million. The painting is known to have been offered privately before the sale. Several phone bidders were bested by an anonymous U.S. buyer bidding by phone, to a smattering of applause. Depicting the familiar lily pond at Giverny, Nymphéas comes from the estate of Ethel Strong Allen, widow of the late stockbroker Herbert Allen Sr., an early specialist in corporate takeovers who died in 1997.

Wassily Kandinsky’s Study for Improvisation 8 (1909) brought $23 million from a private European buyer bidding by phone, setting an auction record though it sold near the low end of the $20-$30 million estimate. The previous Kandinsky auction high was the $20.9 million Sotheby’s obtained for Fugue (1914) in 1990. This work was also known to have been offered to private buyers before the sale. Improvisation studies rarely come to market; nearly all of the finished paintings reside in museums. Study for Improvisation 8 features the bright, unnatural palette Kandinsky favored throughout his career.

Joan Miró’s Peinture (Femme, Journal, Chien), 1925, sold to an anonymous buyer for $13.7 million, near the low end of the $12- to $18-million estimate. Depicting a woman made of two triangles with a kidney-bean head, Peinture “is a connoisseur’s work, and it sold at a very solid level,” said Adler.  “That’s a great deal of money for a work that is not a flashy Warhol.”

There were relative bargains to be had, Adler pointed out. “There are obviously connoisseurs out there since the Seurat drawing went for so much,” she said. Georges Seurat’s Régates (Deux bateaux á voiles), a Conté crayon on paper, doubled its high estimate to sell at $866,500 after vigorous bidding from the floor and phone bidders. “That bucks the current wisdom that today’s market is only trophy hunters,” Adler said.

Even some of the top-selling works went for prices in the low end of the estimate, including Giacometti’s La Jambe (conceived 1947, cast in ’58), a 7-foot-high bronze sculpture of a leg on a base. Andrew Fabricant, of Chicago’s Richard Gray Gallery, snatched up the leg for $11.3 million, on an estimate of $10-15 million. Another Giacometti, the bronze Tête sur tige (conceived 1947, cast in ’52), brought $6.8 million from an anonymous U.S. buyer, on an estimate of $6-$8 million.

But many other works were deemed not of the highest quality, and failed to excite much interest.

“The auction houses, competing with each other, are forced to raise estimates,” Adler pointed out. “The estimate on the Picasso Coq was too high.”