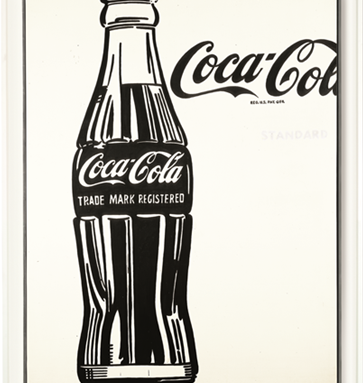 Christie’s New York achieved the highest total in auction history Tuesday at its postwar and contemporary art sale, which totaled $691.6 million, near the high estimate for the night. The total outstripped the house’s previous auction record of $495 million, set at its contemporary art sale in May. Ninety-one percent of the 69 works found buyers in a jam-packed salesroom.

“The art market is experiencing a melt-up, the inverse of a meltdown,” art advisor Todd Levin, director of New York’s Levin Art Group, told A.i.A. by phone after the sale.

Setting a record for most expensive work of art at auction, at $142.4 million, was the Francis Bacon triptych Three Studies of Lucian Freud (1969), which was tagged in excess of $85 million. The buyer, after a five-minute battle, was Acquavella Galleries, of New York. Each panel of the Freud work is 6½ feet high and contains a separate depiction of the artist, each with a distorted physiognomy. The painting portrays a longtime friend and rival, and has an unusual backstory: according to Gorvy, the panels were separated by an unscrupulous dealer in the mid-1970s, and remained separate for about 15 years; they were reunited by an assiduous collector in 1989. The previous $86.3 million Bacon record was set in May 2008 at Sotheby’s New York by a 1976 triptych. The sale far surpassed the previous record for most expensive work of art at auction, $119.9 million for Edvard Munch’s The Scream, at Sotheby’s New York in May 2012.

At the last minute, the house opted to move the Bacon work from mid-sale to the ninth spot on the roster. This was to allow unsuccessful bidders to bid for other works, auctioneer Jussi Pylkkanen explained at a post-sale press conference. “And it seems to have worked,” added Brett Gorvy, head of the postwar and contemporary art department.

Christopher Wool’s Apocalypse Now (1988) outdid its high estimate of $20 million to ring up at $26.5 million, far surpassing the previous Wool record of $7.8 million, set at Christie’s London in 2012. Inscribed in bold block capitals on a white ground are the words “sell the house sell the car sell the kids.” It refers to a goodbye letter from the 1979 film of the same name. Wool’s solo show is now at New York’s Guggenheim Museum (through Jan. 22, 2014). The buyer was Christophe Van de Weghe of New York’s Van de Weghe Fine Art, bidding from the third row.

“It felt like a once-in-a-lifetime sale,” Citi Art Advisory’s Suzanne Gyorgy told A.i.A. on her way out of the auction house. “It was a sale full of trophy works. There’s obviously a lot of strength in the trophy end of the market, with a huge amount of global wealth going into contemporary art. And they brilliantly choreographed the sale.”

The auction season concludes Wednesday with a sale of postwar and contemporary art at Sotheby’s that is expected to bring as much as $424.6 million.