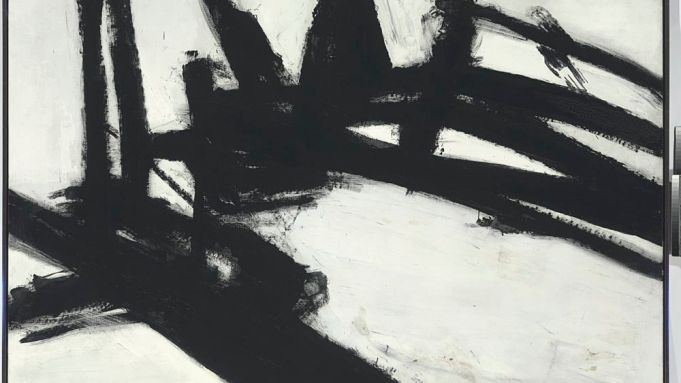 Christie’s New York set a record last night for the priciest sale of postwar and contemporary art, racking up $412 million. The over-two-hour auction included new records for Jean-Michel Basquiat, Franz Kline and Jeff Koons, among others. The house achieved a 92 percent sale rate among the 73 works offered.

In May, the auction house hosted what was then the most valuable contemporary art auction, which totaled $388 million, including a Rothko that became the highest-selling work of postwar art at $86.8 million. Last night’s sale came one night after Sotheby’s highest auction total ever, also for postwar and contemporary art, at $374.8 million.

“Tonight’s results signal a new world order,” said New York dealer Cristin Tierney told A.i.A. after the sale. “The art market is a completely different animal from what it was just three years ago.”

At a triumphant post-sale press conference, auctioneer Jussi Pylkkänen, who flew in from London to oversee the auction, quipped that “conducting sales on rainy Thursday afternoons in London really prepares you for nights like this. There were as many as eight bidders competing for some of the highest-selling lots. It’s highly likely we’ll continue to see new records being set.”

“It’s a juggernaut,” said New York art advisor Wendy Cromwell. “I’ve been involved in the business for 20 years, and the landscape has really changed so dramatically. The pool is so deep, there are so many new millionaires. The interest in art is vast, and everybody is looking for trophy pictures.”

The top seller was Andy Warhol’s 3D Statue of Liberty (1962), which realized $43.8 million above an estimate of $35 million, in bidding lasting only about 90 seconds. The painting was intended as a finger in the eye to Clement Greenberg and his mania for flatness, according to a Sotheby’s specialist. It shows a grid of 24 images of Lady Liberty in red and a green hue that echoes that of the statue; it is meant to be viewed with red- and green-lensed glasses.

As with most of the evening’s big sales, much of the action happened over the phone, with Christie’s Brett Gorvy, Amy Cappellazzo, Francis Outred, Robert Manley, Loic Gouzer and others representing anonymous buyers.

A nearly 10-foot-wide untitled Franz Kline canvas (1957) with slashing black lines on a white ground, estimated to bring $20-30 million, was the night’s second-highest sale, at $40.4 million, more than quadrupling the artist’s previous record of $9.3 million, set at Sotheby’s New York the previous night. Lending some celebrity glitz to the painting’s raw power, it was once in the hands of music executive David Geffen.

Jeff Koons’s Tulips (1995-2004), likewise estimated to bring $20-30 million, also set a record for the artist, bringing in $33.7 million, solidly exceeding his previous record of $25.8 million, established at Christie’s London in 2008. Tulips is a 17-foot-long stainless steel sculpture of a bouquet of the titular bloom in a rainbow of colors, made out of balloons like his oversize balloon dogs. One of five unique versions of the work, it was on view on the plaza outside the entrance to the Midtown auction house. In a contest among phone bidders including Gorvy, when a competitor leapfrogged from $28 to $30 million, Pylkkänen said, “We’ll just give Brett some time to adjust to that!”

An uncommonly pretty, untitled large canvas by Jean-Michel Basquiat from 1981 handily set a new record for the artist in just two minutes of bidding, earning $26.4 million, and thus outstripping the previous record price of $20.1 million, paid for a Basquiat work in June at Christie’s, London. Reflecting the super-heated contemporary art market, the record-breaking sale in London came right on the heels of the previous record for his work, $16.3 million, which was set at Phillips de Pury, New York, in May. Last night’s painting depicts a figure holding a fishing rod and a fish, set against an abstract background of patches of pastel hues, and comes from a private collection where it has resided for nearly 20 years.

Another Warhol canvas, this one from 1966, depicts Marlon Brando as a motorcycle gangster in the 1953 film The Wild One. A murmur went through the crowd as it came up for bidding, and it clocked in at number six for the evening, bringing $23.7 million, above its high estimate of $20 million. The unnamed seller bought it at Christie’s in 2003 for a bargain $5 million. It took a full eight minutes to achieve its high, after climbing $6 million in the first 60 seconds, but then taking a full five minutes to climb the last $2 million in what Pylkkänen termed “a steady march.”

Even at last night’s sale, there were notable casualties. A 1983 Gerhard Richter, Prag 1883, named for the city and year of Franz Kafka’s birth, was estimated to command in the region of $15 million but failed to garner interest. The next work offered, Sigmar Polke’s canvas Mexiko (1977-79), offered for as little as $1.5 million, also failed to launch. Richter’s 6-by-10-foot canvas Große Teyde-Landschaft (1971), estimated to sell for $10-15 million, did not find a new home. Works by Lichtenstein, Sam Francis and Robert Rauschenberg were the evening’s other non-sellers.

After the manic phone bidding by anonymous contestants for the multimillion-dollar lots, those who stuck around until the end of the evening got to watch Eli Broad and Larry Gagosian, seated on a rapidly emptying sales floor, bidding against each other for works like John Currin’s Gezellig (2006), which Gagosian brought home for a modest $2.6 million.

Tierney voiced some doubts about whether the caliber of works on offer was the true determinant of the sale’s success, noting some results from the previous night at Sotheby’s. “That breathtaking 6½-foot Joan Mitchell [untitled, 1959] went for $6.2 million, and a small, average Pollock [Number 4, 1951] went for $40.4 million?! It’s about rarity, not quality.”

Cromwell saw it differently. “It’s a smart market,” she said this morning. “People are really going after quality. It doesn’t seem like a speculative market. This was a confluence of great, great private collections, built in the ’70s and ’80s, coming to market. The collectors were in the right place at the right time and they bought the right pictures.”