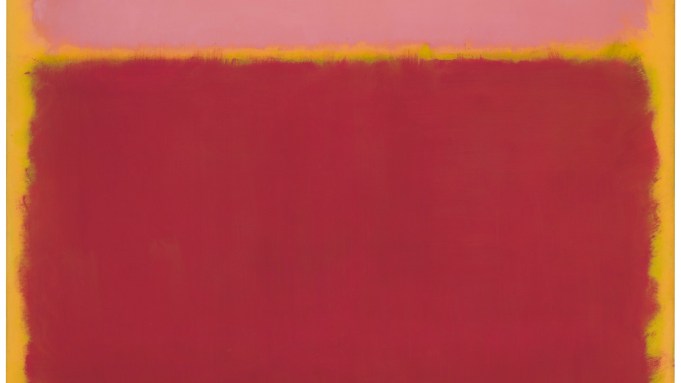 Christie’s auctioneer Christopher Burge usually rules the saleroom with an iron gavel. But last night, amid a rousing $301.7 million contemporary art sale, he lost control. For nearly 16 minutes, the auction was hijacked by a pair of dueling collectors, competing for a blue 1963–64 Warhol Self-Portrait, tagged at $20 million to $30 million. Tossing protocol to the wind, the contestants—an anonymous European collector on the phone and a client of private dealer Philippe Ségalot, also on the phone-bid in unorthodox, mind-numbing $100,000 increments, rather than the typical $1 million chunks, as the price tag climbed north of $20 million.

This was the longest bidding battle in recent memory, and Burge’s indulgence suggests Ségalot may have been bidding on behalf one of his most powerful clients, Christie’s owner, François Pinault. In the end, Ségalot bailed and the shooting match terminated as his opponent bid a final $38.4 million for a four-panel portrait that epitomizes Warholian cool.

The sale’s strong result, with 62 of 65 lots finding buyers, was a sharp reversal from a rocky Tuesday night at Sotheby’s. The rival house totaled $128.1 million during a low-energy evening, plagued by overly ambitious estimates and lackluster competition. (Sotheby’s single-owner sale from the estate of dealer Allan Stone had reaped $54.8 million on Monday night). Christie’s sale included 38 lots selling above $1 million, and four bringing in over $20 million. The $301.7 million total was the highest since May 2008.

The story of the evening’s star Warhol began with a housewife from Detroit. In 1964, collector Florence Barron commissioned a self-portrait of the artist, paying the $1,600 fee in installments. The result was a striking four-panel painting of a 36-year-old Warhol wearing sunglasses and a trench coat, his necktie askew, looking deadpan and hammy in a sequence of shots captured in the grainy black and white of a grungy Times Square photo booth. Barron died in 1999, and her heirs were last night’s sellers.

The sale included another marquee Warhol self-portrait, this one a ghostly red and black nine-by-nine-foot painting of the artist wearing a spiky blond wig. The sellers were San Francisco collectors Norah and Norman Stone. Completed in 1986, the year before the artist’s death, the painting was aggressively estimated to sell for up to $40 million. The auction house explained the estimate by comparing the work with a purple version Sotheby’s had sold on behalf of fashion designer Tom Ford in 2010 for $32.6 million. The price wasn’t matched: following a short bidding contest, Jose Mugrabi bought the piece for $27.5 million.

A melodic 1961 crimson and lavender Mark Rothko painting of mysterious origins, Untitled No. 17, was the evening’s other trophy. Touted by Christie’s as a rediscovery, the work was not in David Anfam’s 1998 Rothko catalogue raisonné. Anfam offered a statement authenticating the work prior to the auction. The estimate, pegged at $18 million to $22 million, seemed to take into account the painting’s unclear provenance, but buyers were undeterred. Untitled No. 17 attracted bids from a slew of dealers, including David Nahmad, Christophe Van de Weghe and L & M’s Robert Mnuchin. The buyer, a bespectacled man in the second row, who appeared to be accompanied by German dealer Rafael Jablonka, wound up paying $33.7 million.

The sale achieved five artist auction records, for Richard Diebenkorn, Anselm Kiefer, Cy Twombly, Cindy Sherman and Urs Fischer. Sherman’s untitled 1981 photograph fetched a record $3.9 million, topping a $2 million high estimate and becoming the most expensive photograph sold at auction, according to Christie’s. In the work, the artist styles herself as a lovelorn teenage girl, lying on the kitchen floor, clutching a crumpled bit of newspaper.

The Fischer record was achieved with Untitled (Lamp/Bear), previously in the Pinault Collection, and sold last night by the Mugrabi  family. The monumental 24-foot-tall yellow cast-bronze sculpture, on display in the plaza in front of the Seagram Building, was expected to sell for about $10 million, but instead fetched $6.8 million. Fischer’s previous auction record was $1 million, for a 2001 candle like sculpture made of wax.

The 11 Best Hair Dryer Brushes, According to Experts

The Furry Community Is Struggling to Snuff Out Far-Right Agitators

Too Few Outlets, Too Many Devices? This Smart Kasa Power Strip Is 41% Off Right Now