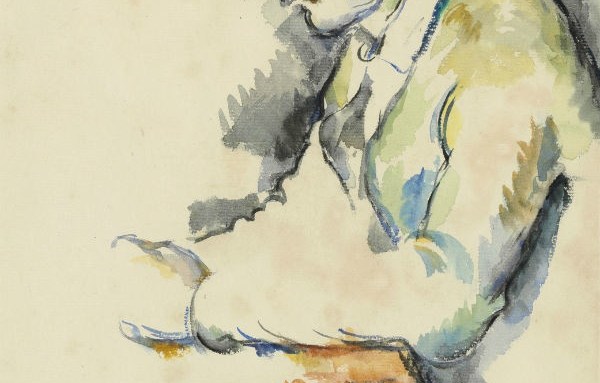 Against the dramatic backdrop of May Day demonstrations that led to some 50 arrests citywide, Christie’s New York sale of Impressionist and modern art last night was a fairly sleepy affair, garnering $117 million, with only eight of 31 lots selling above their estimates. The sale was over in just an hour. The same sale last year at Christie’s tallied nearly $156 million.

The house had predicted sales of $99 to $142 million on a modest 32 lots (a Giacometti bronze was withdrawn at the last minute). The numbers painted a rosy picture—90% sold by volume, with two works selling for over $10 million, five for over $5 million and 14 for over $1 million—and some dealers put a positive spin on the results.

Others were less impressed. “The material on offer was not that exciting,” Janis Cecil, director at New York’s Edward Tyler Nahem Gallery, told A.i.A. She speculated that Christie’s sale was overshadowed by what is to come at Sotheby’s tonight. “One wonders if they couldn’t get as much material to sell because the Munch Scream is such a big draw.”

Christie’s most anticipated lot was Paul Cézanne’s 1892–96 watercolor Joueur de cartes, which resurfaced this spring in the Dallas collection of Dr. Heinz F. Eichenwald, whose family had held the work for 70 years. A study for his five-canvas series “The Card Players” (1890–95), the work depicts Paulin Paulet, a gardener on the artist’s estate. Its whereabouts were unknown for decades.

The pre-sale estimate was $15–20 million. There was a murmur of anticipation from the crowd when the bidding opened at $11 million, but with only a few potential buyers in the running, the work was slow to reach even the low estimate, and the hammer fell at $17 million (the purchase price paid by the anonymous buyer, $19,122,500, includes buyer’s commissions).

Henri Matisse’s Les Pivoines, a rather garish 1907 oil-on-canvas tabletop still life of a vase of flowers, bore a low estimate of $8 million but, after bidding opened at $5.5 million, ended up commanding the same price as the Cézanne. It was bought by a private European collector, according to Christie’s.

Other big-ticket items were an unspectacular 1894 Monet landscape, Les demoiselles de Giverny, depicting a hay field, which went to the lone bidder, a private American buyer bidding by phone, for $8.5 million (final price $9,602,500), and a 6-foot-high Picasso, Deux nus couché (1968), which brought $7.8 million (purchase price $8,818,500) from an international buyer.

Just three works failed to sell. These included a 1943 Salvador Dalí, Sans titre: New Accessories (Apparitions et équilibres en perspectives). The desert landscape depicts a shoe floating in the sky along with various other fashion accessories including a glove and a belt. Estimated at $3 to $4 million, the canvas failed to sell after bidding reached only $2.2 million. (Tonight, Sotheby’s offers a stronger work by the Spaniard, Printemps Nécrophilique, from 1936, which is estimated at $8–12 million.)

The auctioneer for the evening, Jussi Pylkkänen, chairman of Christie’s Europe, had a tough act to follow. “I missed Christopher Burge!” Janis Cecil told A.i.A., referring to the customary auctioneer. “This was my first Impressionist and modern auction since 1992 without him. He’s a genius. He’s the Shakespeare of selling.”

Tonight is Sotheby’s sale of Impressionist and modern works, at which a pastel version of Edvard Munch’s The Scream is estimated to bring as much as $80 million.